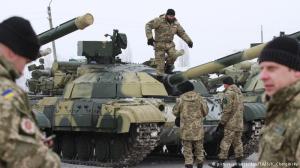 Ukraine wants to increase military expenditures in a bid to reinforce its forces fighting pro-Russian rebels in the country’s east. Defense Minister Stepan Poltorak told parliament that the military budget would increase to 50 billion hyrvnias (2.5 billion euros or $3.2 billion) and that more men would be conscripted to fight for the Ukrainian military.

Many new recruits would replace soldiers who had completed their tours. Conscription was scrapped in Ukraine in 2013, only to be reintroduced this May following fighting against separatist, pro-Russian rebels. Kyiv would also bolster forces in its southwest bordering Moldova, where Transdniestrian, pro-Russian separatists have posed a threat.

The Ukrainian armed forces also plan to spend about $110 million importing new weapons next year and another $365 million buying arms from local manufacturers. The money for the weapons would come at the expense of social payments, Reuters news agency quoted Prime Minister Arseniy Yatsenyuk as saying. Ukraine had also asked for increased foreign aid to stave off bankruptcy.

More than 4,300 people have been killed in fighting in eastern Ukraine

Kyiv had sought international help to fight pro-Russian rebels in the country’s east, but NATO countries did not want to antagonize Russia in the process. However, the United States, Canada and Poland sent non-lethal aid [sic] to Kyiv and Lithuania also promised military aid while being unspecific about its lethal or non-lethal nature.

For now, the truce between Ukraine and the pro-Russian rebels in its east seems to be holding. Andrei Purgin, a separatist leader in Donetsk, told Russia’s Interfax news agency that apart from sporadic fighting, there seemed to have been no serious skirmishes with Kyiv’s army.

Russian Foreign Minister Sergey Lavrov was also optimistic about the ceasefire that began on Tuesday for 24 hours and was prolonged by Ukraine. “A real chance for peace” has appeared, Lavrov said, adding that “it was hard, but a ceasefire was established after all.” 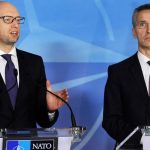 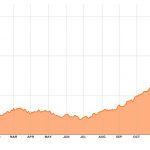