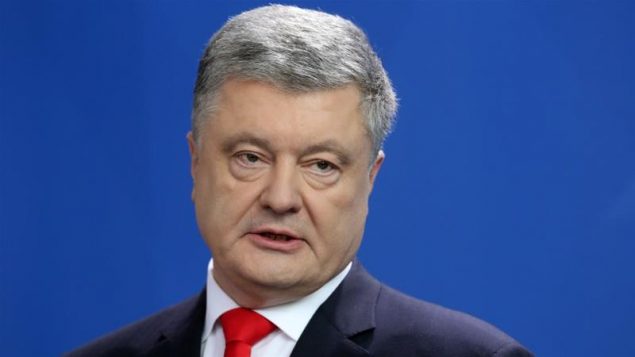 “Based on a statement by Andrei Portnov, detectives from the state investigation bureau’s central office entered information on May 21 into the Unified Register of Pretrial Investigations on possible crimes committed by officials holding particularly high posts in the bodies of Ukraine’s state power and stipulated by article 109 ‘Actions Aimed at Violently Changing or Overthrowing the Constitutional Order or Seizing State Power,’ article 111 ‘High Treason’ and article 426-1 ‘The Abuse of Power or the Abuse of Office by a Defense Official’ of Ukraine’s Criminal Code. A pretrial investigation has been launched,” the statement says.

The state investigation bureau has opened the criminal case against Poroshenko based on a statement submitted by ex-Deputy Head of the Administration of former Ukrainian President Viktor Yanukovich, and attorney Andrei Portnov on May 20. The lawyer requested instituting criminal proceedings against Poroshenko on criminal counts committed by the supreme commander-in-chief in the November 25, 2018 incident when a group of Ukrainian naval ships was transiting the Kerch Strait.

“Poroshenko’s actions were aimed at deliberately provoking the Russian Federation for retaliatory and easily foreseen aggressive actions in a tense situation, which caused losses in the inventory of the Ukrainian Navy,” the lawyer’s statement posted on his Facebook says.

On November 25, three Ukrainian naval ships violated the procedure for passing through Russia’s territorial waters while sailing from the Azov to the Black Sea.
After having breached the Russian border, the three Ukrainian warships were warned by Russia’s maritime security forces to stop. The intruding vessels ignored the demands, thereby evoking a chase involving gunfire in the Kerch Strait whereupon three Ukrainian naval sailors ended up lightly wounded. They were later given medical assistance. Consequently, the Ukrainian warships were detained and brought to Kerch. A criminal case was opened into the violation of the Russian state border.

The ships’ crewmembers – 24 Ukrainian nationals – are currently being held in a pretrial detention center in Moscow and charged with violating the Russian border under Article 322.3 of the Russian Criminal Code. If found guilty, they may face up to six years in prison.