The men behind Ukraine’s nationalist militias are looking to replace the fumbling government in Kiev one way or another.

KIEV, Ukraine—The burly man with the close-cropped silver hair and his two companions ask not to be identified too closely when they talk to me in some dowdy offices near an ancient monastery overlooking the Dnieper River. They want to be described as “patriotic businessmen,” they say, and one of them, whom we’ll call Alexander, is a very, very rich patriotic businessman.

They have been funding Ukrainian self-defense militias formed in response to what they see as the ineffectiveness of the Ukraine Armed Forces in the face of pro-Moscow separatists and Russian troops in the country’s southeast. And they suggest something worse than incompetence is at work there. The word “betrayal” often plays on their lips. They predict the government of President Petro Poroshenko may not last another three months. “That’s optimistic,” says Alexander.

Alexander and his friends point to continued military hardware exports—sometimes transferred via Moscow-ally Belarus—sent from some of Ukraine’s 134 state-owned defense enterprises to Russia, which has long been the Ukraine arms industry’s biggest customer.

The trade flouts a March 2014 prohibition on all exports of weaponry and military equipment to Moscow. Poroshenko reinforced that ban in June with a presidential decree, but Alexander and other businessmen contacted by The Daily Beast say enterprises are still disobeying the order. Some are doing so because there’s money to be made and recession is hitting this key sector; others because executives and workers in the defense plants, mostly located in the east and the south of Ukraine, are sympathetic to Russia.

The state-owned Motor Sich engine factory in Zaporizhia, a southeastern city on the Dnieper River 140 miles from the separatist stronghold of Donetsk, has been the most flagrant exporter. Company executives make no bones about Sich’s exports to Russia of military helicopter engines. Victor Chuyko, the president of the Association of Aviation Engine-Builders, claims the sales are legal on the grounds that “Poroshenko’s decree bans only deliveries directly to the Russian defense ministry.”

Last week, Sich executives signed a preliminary agreement that would see the company manufacturing in Belarus gas turbine engines for Russia’s Cruise missiles. “The economic interests of some are at odds with the country’s interest,” says Alexander, smiling cynically.

The “patriotic businessmen” ascribe the failures in the war effort to a mixture of lack of political will, sabotage, and inept Soviet-style bureaucracy. “Bill Gates could give Ukraine a billion dollars and the results would not be seen on the front lines and the volunteer militiamen would get nothing,” says Alexander in a booming voice, spreading his arms wide. His two colleagues nod assent.

“You have to understand the bureaucracy still has the mentality of the Soviet past,” says another we’ll call Yuri. “Bureaucrats can do nothing and avoid getting into trouble, or they can court risks by doing something.”

Winter clothing for the 15,000 or so volunteers in 37 pro-unity militias is uppermost on the minds of their patrons—the temperatures here are turning sub-zero now and the first snow of winter flecked Ukraine’s capital this week. Down in the southeast, militiamen and many Ukrainian regulars are still in lightweight camouflage—the best-off are the separatists and the Russian “volunteers” backing them up who sport new insulated winter outfits. 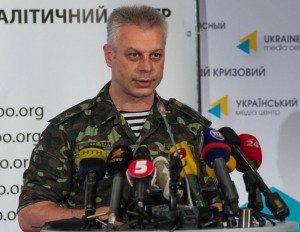 Ukraine’s national security spokesman, Andriy Lysenko, later told me when I brought up the issue of the patchy winter clothing distribution, “as far as I know the Ministry of Defense has dispatched warm clothing, although not everyone has received theirs yet.” On the militiamen, he says there are no plans to help them with equipment. “They provide their own assistance and we are grateful to them for this.”

Gratitude isn’t what volunteers in the so-called territorial defense battalions want from Kiev. They want more determination from authorities, a greater sense of direction, and they need more equipment.

And their suspicions make them see betrayal at every turn, even when incompetence may be the cause of a particular problem. They are suspicious, for instance, that American non-lethal aid is being sold to the separatists, after spotting separatist fighters with U.S.-supplied Meal Ready-to-Eat rations, although these could easily have been looted.

Alexander and his colleagues are looking to battalion commanders who have been elected to the new parliament to start forming a voting bloc to force through change. They are talking about setting up a parallel defense ministry in the form of an NGO to provide greater command-and-control structure to the militias. But in the end there is no substitute for government when it comes to war fighting.

What happens come the winter, if Kiev has been unable to overcome the insurgency, is anyone’s guess. A Kiev-based senior Western diplomat here discounts the likelihood of some kind of uprising by frustrated volunteer battalions, saying that is something Kremlin propagandists like to forecast. “That would fit into the Kremlin narrative,” says the diplomat. “Russia never got it that the Maidan uprising was a truly popular rebellion by ordinary people who just had had enough of Yanukovich and felt angry and humiliated.”

“I can’t see hundreds of thousands of ordinary people coming out on the streets of Kiev like they did for the Maidan uprising, if the battalions descended on the capital,” he says. “Is it possible there could be trouble from the volunteers? I don’t know. I hate to make predictions here: No one saw Maidan happening.”

The Daily Beast is based in New York and is an operating business of IAC (NASDAQ: IACI).

See an earlier article on Foreign Policy: Preparing for War With Ukraine’s Fascist Defenders of Freedom, by Alec Luhn, Aug 30, 2014 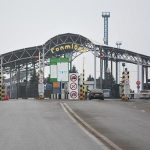 Why Ukraine must bargain for peace with RussiaBackground, Ukraine