A documentary film project, as relevant now as it was when it was shown on French TV in 2016 on the French TV channel Canal +, “Ukraine: The masks of the revolution” was directed by Paul Moreira and tells the story of the tragic events that took place in Odessa: the fire in the House of Trade Unions and the burning of at least 48 people (according to official figures) and 300 (unofficial sources). Moreira said that his aim was to show the world the bloody history of Ukraine and Odessa in particular: “In the heart of Europe, people are burned alive and everyone is silent about that.” The Ukrainian Embassy in Paris asked for it to be taken off air. 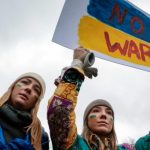 Let’s call out the West’s bias over Ukraine for what it is – blatant racismMedia bias, Racism, Ukraine 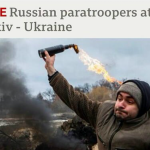