Pro-Russian supporters use the term “fascist junta” to criticise the Ukrainian government. This wording is not only obviously wrong from an understanding of the words “fascism” and “junta”, but has also been detrimental to peace in Ukraine by fuelling the civil war. If your country is governed by a fascist junta, any progressive person should take arms and fight it.

But despite the hypocritical instrumentalisation of the Russian propaganda, the Ukrainian authorities and mainstream opinion in Ukraine continue to show unacceptable ignorance of the danger from the far right and even openly neo-Nazi forces, cooperating with them in elections and allowing them to take positions within law enforcement.

The major Ukrainian far-right party Svoboda did not get into parliament in recent elections, falling only 0.3% short of the required minimum of 5%. It was not able to repeat its success of 2012 when it got more than 10%, exploiting the image of the most radical party against the former prime minister Viktor Yanukovych in contrast to discredited moderate opposition.

The party’s support might have been boosted by anti-Yanukovych feelings but it shouldn’t be wholly dismissed as a protest vote; the 4.7% gain is much higher than the 0.8% in 2007 during the last parliamentary elections before his rule. Besides, the Right Sector, made up of fringe ultra-nationalist groups before the mass street violence began in Kiev in January, was able to form a party and get 1.8%, obviously taking some votes from Svoboda.

It is short-sighted and formalistic to conclude that the Ukrainian far right is insignificant based on the lack of electoral success. The rhetoric of many politicians which could be called centrist or even liberal has moved significantly to the right, competing for the increasingly patriotic and even nationalist voters. There were a number of incidents of hate speech used even by top Ukrainian politicians such as the minister of interior, Arsen Avakov, referring to Donetsk separatists as “colorados”, a pejorative, dehumanising label which compares them with the Colorado beetle due to their orange and black St George’s ribbons.

In an increasingly nationalist political competition, the far-right parties failed to propose anything outstanding. But it does not mean they cannot do it later.

Outside parliament, Svoboda (as well as the Right Sector) might well criticise the new government not only on nationalist grounds, but also by highlighting a deteriorating economic situation.

Despite the failures of far-right parties, 13 far-right MPs have been elected to parliament in the single-member districts or in the lists of formally “non-far-right” parties, including the Radical party of political clown Oleg Lyashko and even the pro-presidential Petro Poroshenko Bloc.

Moreover, some of the new MPs are not just far right but actual neo-Nazis. Take Andriy Biletsky, elected in a single-member district in Kiev with support from the People’s Front party led by Arseniy Yatseniuk. Biletsky was the head of an openly racist Patriot of Ukraine group which was involved in hate crimes against minorities, and later formed the core of the infamous Azov volunteer battalion, which uses neo-Nazi symbolism. He was celebrated as commander of the Azov battalion and assigned to the rank of lieutenant colonel in the police.

Biletsky is not the only neo-Nazi recently appointed to law enforcement bodies. In October, Vadym Troyan, another Patriot of Ukraine member and deputy commander of the Azov battalion, was appointed as the head of the police in Kiev Oblast province. A Kharkov human rights group called it a “disastrous appointment”. At the same time, another infamous extreme right politician from the Svoboda party Yuriy Mykhalchyshyn, who once promoted Joseph Goebbels’ A Little ABC of National Socialism and the 25-point NSDAP Program, will head up propaganda and analysis in the Security Service of Ukraine. Allowing people with such extreme views control over positions with significant enforcement resources is an obvious danger to democracy.

But what is striking is that far-right and neo-Nazi views and connections do not seem to be problematic for either Ukrainian officials or mainstream opinion. Even the most typical line of criticism against Svoboda and the Right Sector expressed by liberal-minded people is inherently flawed. They may agree that the far right are dangerous, but they argue that the danger is that their provocative actions and statements can be exploited by Russian media to further discredit Ukraine. In this twisted logic the far right are criticised first of all for putting their partisan interests above Ukraine’s national interests. In other words, they are criticised not for being anti-democratic, reactionary, xenophobic and for propagating discriminatory ideas, but for not being nationalist enough. Even in critical discussions around the far-right appointments to high positions within law enforcement, there seem to be more worries about Ukraine’s international image than what neo-Nazis can do against political opponents and minorities and the dangerous resources they might accumulate.

Ukrainians have already paid a very high price for ignoring the far right. According to research into systematic protests, members of the far right were the most visibly identified political agents in the Maidan protests, from the very beginning of the movement to the overthrow of Yanukovych. Moreover, they were relatively more visible in eastern and southern regions where Maidan did not have the majority support, thus pushing the local population even further away from the protest message. This was not a Russian media invention. On the contrary, it happened as a result of the preceding protest coalition of the centrist opposition parties with Svoboda. High far-right visibility was one of the factors which prevented Maidan from growing into a truly national movement against Yanukovych, and formed the ground for the civil war.

Of course, Vladimir Putin bears a greater responsibility for this. But there is also responsibility of those Maidan supporters who consistently ignored, silenced and downplayed the significance and danger of the far right instead of decisively breaking away. This tolerance has already cost Ukraine lost territories, a mass destruction of industry and infrastructure, and thousands and thousands of lives. It is necessary to break with the “it might be beneficial for Putin” logic and start to think what is beneficial for all the people living in Ukraine, and whether the radical nationalist ideas can fit the Ukrainian future to which we aspire. 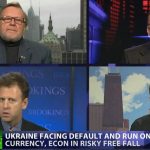 Panel: The cycle of violence in UkraineBackground, Ukraine, Video 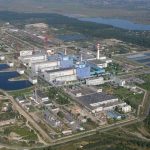