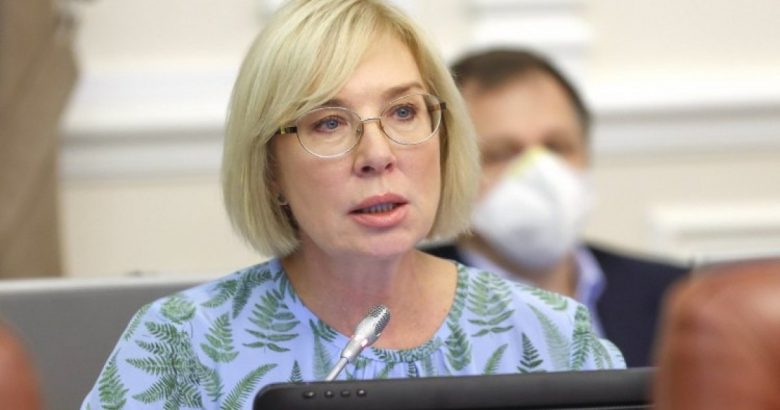 Following two months of stories hitting the Western mainstream press purporting to document instances of mass rape carried out by Russian troops against Ukrainian civilians, yet with no concrete or definitive proof, on Tuesday, Interfax, Politico, The Wall Street Journal, and others reported that Lyudmyla Denisova was fired – precisely for floating and perpetuating fantastical claims of mass rape but without providing evidence…
________________________

For over the past two months, an avalanche of stories have hit Western mainstream press which purported to document instances of mass rape carried out by Russian troops against Ukrainian civilians. One particular story in Time took off, driving outrage and condemnation by Western officials and receiving repeat coverage on CNN and other major US networks.

It alleged “a systemic, coordinated campaign of sexual violence” – relying chiefly on testimony gathered by Ukraine’s appointed top human rights representative. It included a particularly shocking story of 25 teenage girls being gang-raped by Russian troops – nine of which became pregnant. According to the report:

Ukraine’s human rights ombudsman, Lyudmyla Denisova said that 25 teenage girls were kept in a basement in Bucha and gang-raped; nine of them are now pregnant. Elderly women spoke on camera about being raped by Russian soldiers. The bodies of children were found naked with their hands tied behind their backs, their genitals mutilated. Those victims included both girls and boys…

Ukrainians are speaking up about rape as a war crime to ensure the world holds Russia accountablehttps://t.co/tEilTSgmbS

As has been the pattern in prior wars, whether in Syria or Libya, the media claims got more and more sensational and over-the-top as the conflict intensified, and as Western powers became more deeply involved, yet with no concrete or definitive proof.

But one consistent detail in the majority of the stories is that the aforementioned Ukraine human rights ombudsman, Lyudmyla Denisova, is often the central figure feeding Western correspondents the shocking rape stories.

For example, she’s featured in this April Newsweek piece:

Lyudmila Denisova, the Ukrainian Parliament’s Commissioner for Human Rights, alleged on Friday that Russian soldiers have raped children during the ongoing invasion of Ukraine.

In a Facebook post, Denisova alleged that an 11-year-old boy was raped by Russians in front of his mother who was tied to a chair and forced to watch as it happened in the Ukrainian city of Bucha.

Many such stories which presented ever-more horrifying details as the war progressed quickly went viral, particularly among pro-Ukraine activists on Twitter and other social media, to the point where prominent pundits would begin casually agreeing amongst themself that Russians simply are “animals”.

And below is another example among many, which tended to be based on “reports say” for many of the most central, damning claims…

But recently, within the last couple of weeks, as investigators began to dig deeper into the allegations, it seems the media stories started to dry up. The geopolitical analysis blog Moon of Alabama details what happened in the following:

However, a bunch of eager NGOs in Ukraine, hoping for fresh ‘western’ money for new ‘rape consultation and recovery’ projects, tried to find real rape cases. They were disappointed when they found that there was no evidence that any rape had taken place

On May 25, a number of media outlets and NGOs published an open appeal to Lyudmila Denisova calling for improved communication on sexual crimes during the war.The signatories insist that Denisova should disclose only information about which there is sufficient evidence, avoid sensationalism and excessive detail in their reports, use correct terminology and take care of the confidentiality and safety of victims.

“Sexual crimes during the war are family tragedies, a difficult traumatic topic, not a topic for publications in the spirit of the ‘scandalous chronicle.’ We need to keep in mind the goal: to draw attention to the facts of crimes,” the appeal reads.

An entire global activist movement even sprang up which focused on highlighting Russian sexual crimes in Ukraine, based on the premise that Russia’s military is using “rape as a tool” as part of its arsenal to spread a campaign of terror…

Th woman also shouted ‘Don’t rape us!’ as the security encircled her quickly to take her off the red carpet. The incident again brought to light the Ukraine crisis at #Cannes.https://t.co/Ghs9UCKC7q

And now on Tuesday, Interfax, Politico, The Wall Street Journal, and others are reporting that Lyudmyla Denisova has been fired – precisely for floating and perpetuating fantastical claims of mass rape but without providing evidence…

Ukraine’s parliament just fired human rights ombudsman Lyudmila Denisova. MPs claimed her work focusing on the rape of Ukrainians by Russian troops which “couldn’t be confirmed with evidence […] only harmed Ukraine and distracted the global media from Ukraine’s real needs.”

“Ukrainian lawmakers dismissed the country’s ombudsman for human rights, Lyudmyla Denisova, in a no-confidence vote on Tuesday, concluding that she had failed to fulfill obligations including the facilitation of humanitarian corridors and countering the deportation of Ukrainians from occupied territory,” The Wall Street Journal reported late in the day.

“Lawmaker Pavlo Frolov said Ms. Denisova was also accused of making insensitive and unverifiable statements about alleged Russian sex crimes and spending too much time in Western Europe during the invasion,” the report added.

“The unclear focus of the Ombudsman’s media work on the numerous details of ‘sexual crimes committed in an unnatural way’ and ‘rape of children’ in the occupied territories that could not be confirmed by evidence, only harmed Ukraine.”

Such accusations of mass rape by the enemy de jour are made in every war (Libya, Syria) . They rarely turn out to be true.https://t.co/bF0NVhQiFl https://t.co/i4rE2LMZMV

Needless to say this is an absolutely devastating blow to Ukraine’s ‘information war’ which has been in full force since the Russian invasion (as naturally in war each side will enter into propaganda campaigns against the other simultaneous to the actual ground war, and while seeking to sway world opinion).

Angry pushback has started already within hours after the news of Denisova’s removal was confirmed, including from UN accounts and US media pundits…

That Ukraine’s parliament took the drastic step of dismissing her in such a public manner also speaks volumes – strongly suggesting that Ukrainian officials themselves don’t believe the bulk of the ‘systematic rape’ claims. 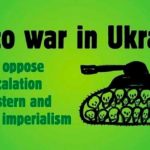 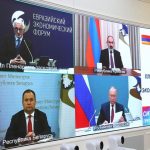