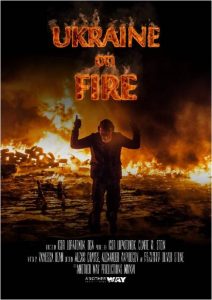 Film director Oliver Stone’s 2016 documentary Ukraine On Fire is available to view in streaming or DVD purchase. The 90-minute video can be streamed or purchased by clicking this weblink of Cinema Libre. Streaming the video on Vimeo costs app $5 for 48 hours.