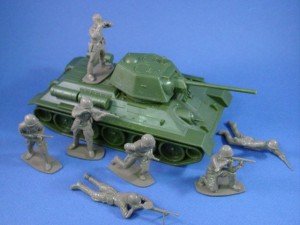 In the mind of the New York Times: Russian soldiers invading Ukraine and Crimea

I was reading the latest smug piece by New York Times columnist Timothy Egan when I came across the most amusing example of being what you are criticizing.

In a piece titled ‘The Dumbed Down Democracy’, Egan bemoaned the spreading ignorance of the American electorate. Not only are 10 per cent of Americans illiterate, Egan groaned, they’re also “politically illiterate”. Expressing mock astonishment, he wrote, “I give you Texas. A recent survey of Donald Trump supporters there found that 40 per cent of them believe that Acorn will steal the upcoming election.”

He goes on: “Acorn? News flash: That community-organizing group has been out of existence for six years. Acorn is gone, disbanded. dead. It can no more steal an election than Donald Trump can pole vault over his Mexican wall.”

In Egan’s view, it’s those Trump voters who are ignoramuses.

Egan goes on: “We know that at least 30 million American adults cannot read. But the current presidential election may yet prove that an even bigger part of the citizenry is politically illiterate — and functional. Which is to say, they will vote despite being unable to accept basic facts needed to process this American life.”

Example? Well, Egan says, “If Trump supporters knew that illegal immigration peaked in 2007, or that violent crime has been on a steady downward spiral nationwide for more than 20 years, they would scoff when Trump says Mexican rapists are surging across the border and crime is out of control.”

Maybe he’s right (though I’ve heard supposedly well-educated college grads tell me they believe the same stuff), but then Egan goes on to write: “If more than 16 per cent of Americans could locate Ukraine on a map, it would have been a Really Big Deal when Trump said that Russia was not going to invade it — two years after they had, in fact, invaded it.”

I don’t know what knowing that Ukraine shares a long border with Russia has to do with knowing Russia supposedly invaded the place in 2014, but in any case, Russia never invaded Ukraine. Only in the New York Times would you read such bullshit propaganda.

Egan apparently doesn’t know that there has been no evidence of Russian troops fighting in Ukraine, though there are NATO troops there, including U.S. ones. And as for Crimea, a former part of Ukraine populated by about 90 per cent ethnic Russians[1], it came under Russian military protection not by way of an invasion but because with the government in Kiev threatening an ethnic cleansing campaign against Russian speakers living in eastern Ukraine and Crimea (where Russia had a long-term lease on its Black Sea naval base), the 20,000 Russian troops stationed in Crimea, also by treaty with Ukraine, simply took control of that territory. There was then an internationally observed plebiscite, much like ones the US supported in Kosovo and other breakaway states over the years. In that plebiscite, over 90 per cent of the citizens said they wanted to rejoin Russia, which Crimea had historically been an integral part of, and so the region was annexed by Russia.

As for the breakaway region in eastern Ukraine known as the Donbass, its primarily ethnic Russian people have been doing their own fighting against Ukranian military forces, thank you, albeit with Russian aid (the kind of military aid that the U.S. has provided to Georgia, Ukraine, Syrian rebels, Afghan mujahadeen, and myriad other places. No Russian invasion occurred in the Donbass either. In fact, while the people of Donbass have been begging to be allowed to rejoin Russia, and would probably overwhelmingly vote to do so if allowed a chance, Moscow has said no, for fear of sparking a wider conflict in eastern Europe.

Egan may be confused because he no doubt gets most of his information about current affairs by reading the paper he works for, a paper which is notorious for spreading lies and scare stories about an allegedly resurgent and expansive Russia led by a dangerous dictator, Vladimir Putin. (Putin, for the record, is elected and various polls show him backed by 80-90 per cent of Russian people.)

Here at home, the Times lies, too. It lied during the primaries about Bernie Sanders and his chances to win the Democratic primary, and it has lied about Hillary Clinton’s accomplishments as First Lady, Senator and Secretary of State.

The thing is, if a supposedly well-intentioned and honest Times columnist like Tim Egan can be so wrong about Russia in the Ukraine, it shows how pernicious the Times lying really is. Either that or Egan is just one of the deliberate liars at the Times.

Dave Lindorff is a founding member of ThisCantBeHappening!, an online newspaper collective, and is a contributor to Hopeless: Barack Obama and the Politics of Illusion (AK Press).

Note by New Cold War.org:
[1] Russia conducted a census in Crimea in late 2014, the first census of the peninsula since 2001. Some results are published an analyzed here by a first-name only scholar in the U.S. Wikipedia publishes similar numbers, drawn in part from the same scholar but also including references in Crimea media. The numbers are the following:

Sebastopol’s Russian population is very high; even if all of the city was counted as Russian ethnicity, that would make Crimea as a whole 70 per cent ethnic Russian.