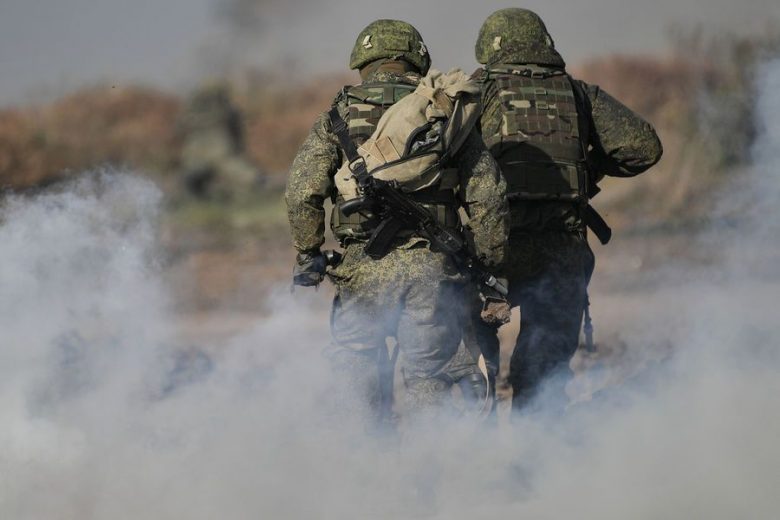 Every month. Dmitriy Kovalevich writes an update on the situation in Ukraine for the New Cold War website. What follows is a digest of some of his observations that jar most strongly with the unquestioned and unquestionable narrative that we are get from the media here and are therefore most likely to provoke thought and questioning. The full Report is here and is well worth reading to get the detail behind each of these points.
_________________________

Donetsk city and region remains even now under intense fire by the artillery and mortars of the Kyiv regime, generously supplied by Western countries.

Since the Ukraine coup of 2014, pressure on the Russian government to act in defense of Donbass has come from the millions of Ukrainians who have moved to Russia for safety as well as large part of the Russian population as a whole.

The basis for pro-Russian sympathies and influence in Ukraine comes not so much from any ethnic feelings (notwithstanding the fierce, right-wing and anti-Russia ethnic nationalism promoted by the governments of Ukraine) as the desire for greater social equality for the poorest in society. A significant role is played here by the social and economic conditions in Russia, which are far superior to those in Ukraine. The Russian Federation has much higher social assistance, pensions and salaries as well as low prices for electricity and heating. Ukraine, on the other hand, has been stubbornly following the recommendations of the IMF in recent years to subsidize and enrich local and foreign capitalist investors through the privatizations of state industries while cutting social spending.

In a random encounter with the Le Monde’s visiting correspondent, an elder resident of the city (Kherson) explains, “When the Russians were here, we had everything we needed and we were not afraid to walk in the street. Now we are just trying to survive!” Another says, “The Ukrainian soldiers are good for nothing, they don’t help us and only attract more shells.”

Ukrainian left-wing journalist Oleg…Yasinsky says  Ukraine has become a model that is being tested for use in Western countries themselves. Social discussion and debate at the top levels of government and civil society are suppressed, while police, economic and cultural repression is waged against all dissenters.

Much of the humanitarian aid provided to Ukraine by the United Nations other international organizations ends up stolen. According to local journalists and aid volunteers, on average, about half of humanitarian aid arriving in Ukraine immediately ‘disappears’.

In December, Ukraine’s parliament passed a controversial media law allowing Kyiv authorities to shut down or block any media outlet without explanation and without a court decision.

Statistica reports that as of early October 2022, nearly three million Ukrainians have moved to Russia. (The pre-war population of Ukraine is estimated at 42 million).

The search by the Kyiv regime, targeting Ukrainians, for “collaborators and Russian agents”  has been significantly expanded and strengthened of late. In addition, under this pretext, personal vendettas are being waged. Businesses with alleged ‘Russian links’ are being squeezed out in the Kherson/Kharkov region. Extortion is demanded to ‘remove’ criminal accusations against individuals for ‘collaboration’ with Russia. Arrests are even made for correspondence with relatives deemed to be suspect. The Ukrainian Telegram channel ‘Resident’ writes that the SBU has arrested some 4,000 civilians for the purpose of prisoner exchanges with Russia.

…the minister of finance of Ukraine, Serhiy Marchenko, argued that Ukraine finances only one third of its budget expenditures from its own revenues; the remaining two-thirds are provided by foreign sponsors and creditors. In other words, Kyiv is conducting hostilities clearly beyond its means, and the functioning of the Ukrainian state is now dependent on the generosity of Western partners. This amounts to a loss of sovereignty, making all of Ukraine into a sort-of private military company.

Billions of dollars have been shelled out by Western taxpayers to assist the Kyiv regime’s war, but Ukrainians will be left indebted for generations to come. Funds that could otherwise serve to make social improvements and lessen the assaults on the planet’s natural environment, in Ukraine and in the West, are being wasted.

The World Bank predicts that by the end of 2023, 55% of the population of Ukraine will live below the poverty line.

Western countries may rightly fear that in the event of an end to the military conflict in Ukraine, some one million unemployed male Ukrainians with experience in military operations will seek to emigrate to the West, looking for work. Many will be suffering the psychological disorders associated with war, and in the West they will find radical, right-wing Ukrainian paramilitary groups urging them to join. 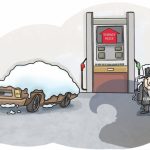 Decoupling from China and Russia is suicidal for EuropeCarlos Martinez, China, Europe, Russia 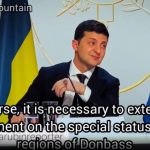