Ukraine has imposed a moratorium on its $3 billion Russian debt repayment, said the country’s Prime Minister Arseniy Yatsenyuk at a cabinet meeting on Friday. The announcement comes ahead of the December 20 deadline for the debt redemption.

“Considering that Russia has refused, despite our efforts, to sign an agreement on restructuring and to accept our proposals, the cabinet is imposing a moratorium on payment of the Russian debt worth $3 billion,” said Yatsenyuk. The payment is halted “until we make restructuring proposals or a relevant court decision is made,” added the Prime Minister.

Kiev’s moratorium on debt repayment to Russia constitutes default, according to the chairman of the Russian Federation Council International Affairs Committee, Konstantin Kosachev. “According to IMF rules, a moratorium by the Ukrainian government on the $3 billion debt repayment to Russia is in fact a declaration of Ukraine’s default,” said Kosachev.

On Wednesday, The International Monetary Fund (IMF) recognized Ukraine’s debt to Russia as official and sovereign. The sovereign status of the debt means Ukraine would have to declare default if unable to pay.

However, one day earlier, the IMF changed its strict policy prohibiting the fund from lending “to countries that are not making a good-faith effort to eliminate their arrears with creditors.” The decision was criticized by Moscow, as it will apparently allow the IMF to continue doing business as usual with Kiev even if it fails to pay its sovereign debt to Russia.

According to Yatsenyuk, Ukraine has also halted debt repayments by state-owned companies to Russian banks. “The government is imposing a moratorium on the $507 million debt payment to Russian banks of two Ukrainian companies Yuzhnoe and Ukravtodor. From today all payments are suspended till our [government – Ed.] or a court makes a decision,” Yatsenyuk said.

The country “remains committed to negotiating in good faith” with Moscow over debt restructuring, said the ministry in a statement.

In August, Ukraine agreed a restructuring deal with a creditor committee led by Franklin Templeton (which owns about $7 billion of Ukrainian bonds) providing a 20 percent write-down on about $18 billion worth of Eurobonds. Russia refused to participate in the debt restructuring, claiming its bond purchase was a state loan not a commercial one.

In November, Russian President Vladimir Putin offered a three-year restructuring plan for Kiev’s debt, provided loan guarantees were in place from the U.S., the EU and the International Monetary Fund. Under the offer, Russia would forgo payment this year and Kiev would pay $1 billion a year for the next three years. The deal fell through after Ukraine’s Western backers were unwilling to provide such guarantees.

Last week, President Putin ordered the Finance Ministry to file a lawsuit against Ukraine if Kiev fails to repay Russia’s $3 billion Eurobond loan within a 10-day grace period after the December 20 deadline.

MOSCOW–Russia regrets Ukraine has preferred default to talks, Russia’s Finance Minister Anton Siluanov said, commenting on Kiev’s announcing of moratorium on settling the outstanding debt to Russia. “Russia acknowledges yesterday’s decision of Kiev to announce a moratorium to settle the debt to Russia,” he said.

“We are sorry Ukraine decided to announce default instead of having talks on the suggestion, the Russian president voiced at the G20 summit in Antalya in November this year.”

At the G20 summit in Turkey, Vladimir Putin said Moscow suggested extending term of the Ukrainian debt for 2016-2018, where $1 billion is payable annually. The president said Russia was not simply agreeing to restructure the Ukrainian debt, but offered conditions better than those requested by IMF.

Russia will file a suit if Ukraine fails to settle $3 billion before December 31, the minister said.

“IMF has confirmed the debt is official, but Ukraine has not made any suggestions, which could be based on acknowledging the debt’s official status. If Ukraine does not settle the due sum within the beneficial term to December 31, Russia will file a suit to recover the debt,” he said.

The Ukrainian government has also imposed a moratorium on paying 507 million U.S. dollars, which two Ukrainian companies are owing to Russian banks.

For his part, Russian Deputy Finance Minister Sergei Storchak said that Ukraine had no chance to win a trial vs. Russia over the 3-billion-dollar credit. “When the fact of non-payment is easily established by a British court, it will mean a very quick and concrete procedure of making the final decision. In this sense, the Ukrainian colleagues, who are potential litigators, stand no chance to win the trial,” Storchak explained.

In December 2013, the presidents of Russia and Ukraine, Vladimir Putin and Viktor Yanukovich, agreed that Moscow would issue a 15-billion-dollar credit to Kiev by placing Ukrainian securities. Under that agreement, Ukraine placed its securities worth 3 billion U.S. dollars at the Irish Stock Exchange on December 20, 2013. Russia used the money from its National Welfare Fund to purchase the securities.

Later, Ukraine tried to argue the loan’s status and equalize it to a commercial credit subject to restructuring. Russia disagreed with that approach.

In November 2015, Russian President Vladimir Putin said Russia was ready to restructure Ukraine’s debt in case the United States, the European Union or a major international financial institution provided guarantees to Russia. No guarantees have been received. 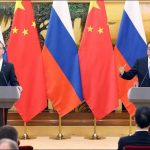 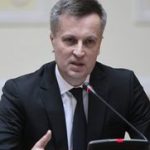