MOSCOW–Two new laws that ban communist symbols while honouring nationalist groups that collaborated with the Nazis have come into effect in Ukraine, raising concerns that Kiev could be stifling free speech and further fragmenting the war-torn country in the rush to break ties with its Soviet past. 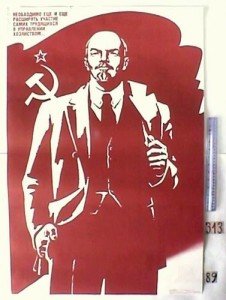 The first law “on the condemnation of the communist and Nazi totalitarian regimes” forbids both Soviet and Nazi symbols, making something as trivial as selling a USSR souvenir, or singing the Soviet national hymn or the Internationale, punishable by up to five years in prison for an individual and up to 10 years in prison for members of an organisation. It also makes it a criminal offence to deny the “criminal character of the communist totalitarian regime of 1917-1991 in Ukraine” in the media or elsewhere.

The second law recognises controversial nationalist groups – including the Organisation of Ukrainian Nationalists (OUN) and Ukrainian Insurgent Army (UPA) – as “independence fighters” and makes it a criminal offence to question the legitimacy of their actions. While these two groups at different times fought both Soviet and German forces, they also collaborated with the Nazis and took part in ethnic cleansing. One of the authors of the law is the son of UPA leader Roman Shukhevych.

Supporters of the laws say they are a way to build a national identity and condemn totalitarianism, but the legislation has been roundly condemned by academics and human rights organisations, as well as Ukrainian activists. While other eastern European countries have also banned communist symbols, Ukraine’s law is more wide-reaching than previous measures.

The laws could also have a divisive impact on a fragmented country in which many citizens, especially in the southern and eastern regions, are in favour of close ties with Russia rather than Kiev’s pro-western policies and sympathise with the Russia-backed separatists in eastern Ukraine.

Long a hot-button issue, Ukraine’s Soviet past has become especially contentious after the ousting of president Viktor Yanukovych last year and the conflict against Russia-backed separatists in two eastern regions, which has claimed at least 6,100 lives since April 2014. In what has become known as “Leninfall”, activists have torn down more than 100 monuments to Vladimir Lenin around the country, sometimes clashing with pro-Russian protesters.

Two other laws taking effect on Thursday [May 21] open up Soviet archives and officially replace the Soviet term “Great Patriotic War” with “second world war”, in common with western countries.

In an open letter after the laws on independence fighters and communist symbols were passed by parliament, 70 scholars and experts on Ukraine from around the world called on president Petro Poroshenko not to sign them, arguing that their content contradicts the right to freedom of speech.

The letter read: “Not only would it be a crime to question the legitimacy of an organisation [the UPA] that slaughtered tens of thousands of Poles in one of the most heinous acts of ethnic cleansing in the history of Ukraine, but also it would exempt from criticism the OUN, one of the most extreme political groups in western Ukraine between the wars, and one which collaborated with Nazi Germany at the outset of the Soviet invasion in 1941. It also took part in anti-Jewish pogroms in Ukraine.”

It warned that the “wholesale condemnation of the entire Soviet period as one of occupation of Ukraine will have unjust and incongruous consequences,” noting that even someone who speaks positively of the perestroika market reforms under Soviet leader Mikhail Gorbachev, for instance, could be condemned.

Dunja Mijatović, the representative for the Organisation for Security and Cooperation in Europe on freedom of the media, said in a statement that the “broadly and vaguely defined language” in the anti-communist law “could easily lead to suppression of political, provocative and critical speech, especially in the media”. The US Holocaust Memorial Museum also condemned the independence-fighter legislation.

Even if the laws are not invoked to send souvenir sellers and historians to prison, they will promote ultranationalism and “anti-communist hysteria”, said Denis Pilaš, an activist with the Ukrainian group Left Opposition, who co-wrote a scathing analysis of the law last month  in the Ukrainian journal Commons.

“The main danger of these laws is the movement of the political discourse to the right and the violence of the far right against leftwing activists,” he told the Guardian. “It’s a further step toward the legitimisation of these things – conservatism and violence against leftists – which have been growing for the past three to four years.”

In addition, the anti-communist legislation could entail millions of dollars in expenses for renaming the huge number of cities, streets and other places connected with communist figures or the Soviet Union at a time when Ukraine is in economic crisis. Already local politicians have discussed a new names for the cities of Dnipropetrovsk and Kirovohrad, which were renamed in honour of communist revolutionaries Grigory Petrovsky and Sergey Kirov during Soviet times.

Also on Thursday, Ukraine’s parliament passed a resolution abstaining from certain international human rights obligations, specifically to allow those detained on suspicion of terrorism in the “anti-terrorist operation” against separatists in eastern Ukraine to be held for more than 72 hours, as well as for the creation of military administrations in some cities.

According to Yulia Gorbunova of Human Rights Watch, the move is a legal step to allow Ukrainian authorities to deviate from certain norms in these treaties as they take measures against the separatist uprising, as long as these deviations are proportionate.

“They can deviate from certain human rights obligations because of the situation of emergency, but it is by no means carte blanche for human rights violations,” Gorbunova said. “Where the state abused its right to deviate from human rights treaties, that will be decided by the United Nations Human Rights commitee or by the European Court of Human Rights.” 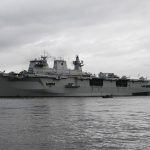