Commentary by Bryan MacDonald, published on the ‘Op Edge’ feature of RT.com, May 16, 2017 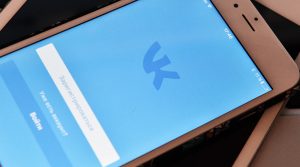 At this stage, you have to ask, is there anything Russian left for Ukraine to ban? Since 2014, they’ve blacklisted movies, flights, TV stations, cultural figures and even a disabled Eurovision entrant. Now, it’s social networks, search engines, and anti-virus software.

Sure, it’s a country where many want to re-align westwards after centuries of Moscow influence, but the methods are becoming more-and-more suicidal and self defeating. Even its most ardent supporters are beginning to concur with this judgment. Because surely there’s a limit to how much Kyiv can censor and still claim to be a democracy?

This week, a Presidential decree shocked observers by prohibiting Europe’s answer to Facebook (VKontakte), the continent’s most successful web security firm (Kaspersky), the only European competitor to Google (Yandex) and accounting software used by around 90 per cent of Ukraine’s small business (1c). Their crime? Coming from Russia.

The extraordinary move was almost certainly designed to placate ultra-nationalists who have been dictating to Petro Poroshenko’s government for some time. Most recently in enforcing a blockade against the Donbas region which the Kiev authorities initially opposed but were powerless to prevent.

However, this measure might finally prove a step too far. For instance, VKontakte is so prevalent in Ukraine that there were 28,301,017 accounts listed as being based in the country as of the morning of May 16. According to the SimilarWeb traffic research site, around 15 million Ukrainians access the resource daily. This is in a country with a population of roughly 40 million, at most. By contrast, in June last year, U.S. rival Facebook boasted only 5,600,000 devotees there. Furthermore, in a great irony, the 2013/14 Maidan movement, which ultimately brought Poroshenko to power, often used VKontakte to advertise its aims and attract protesters. This was aided by activists using the platform to share links and encourage others to take part.

Meanwhile, Yandex, the third most popular search engine in the word after America’s Google and China’s Baidu, gets over 240 million hits from Ukraine monthly. It also provides an email service which many Ukrainian business and personal users rely upon. And the same goes for mail.ru (over two billion annual visits), which has been a vital resource for business people in particular.

Regardless of the ongoing pressure from Ukraine’s far-right to cut all ties to Moscow, Poroshenko’s timing is unusual. Mainly because nobody, even prominent figures close to the regime, saw it coming. Not to mention how it was announced a few days after Kyiv hosted Eurovision and the EU finally approved visa-free tourist travel for Ukrainians.

Thus, the only logical conclusion is it’s aimed at stifling opposition and silencing dissent as the President’s ratings continue to atrophy. The pro-Maidan Kyiv Post newspaper reported late last year how 73 per cent of voters oppose the President and only 20 per cent approve. By any standards, these are shaky numbers for an administration which has received unprecedented backing from Western countries, but presided over diminishing living standards at home. All the while, engaged in a pointless war against separatist eastern regions, which has long been stuck in murderous stalemate.

The embargo places Ukraine is the same category as countries like China, Cuba, Turkey, Iran and Uzbekistan in limiting web freedom. Nevertheless, by comparison with those countries, it’s notable how muted English-language media has been in reporting Poroshenko’s censorship. But there are some dissenting voices. For instance, Ukraine’s Reporters Without Borders representative Oksana Romaniuk wrote how “VK provided a means of communication for Ukrainian individual entrepreneurs who had pages and advertised their goods. And this is not to mention the millions of citizens who used it to have a social life.”

Even NATO’s Atlantic Council adjunct was appalled. The lobby group’s Aric Toler lamenting how VKontakte “is used extremely heavily by civilians who live in the Donbas to collect information, know where humanitarian aid is, (and) talk to relatives.”  At the same time, Human Rights Watch lamented a “cynical, politically expedient attack.”

Ukraine is an especially tragic case. A country bequeathed an advanced industrial and scientific infrastructure after the Soviet implosion, it is also blessed with some of the earth’s most fertile land. However, internal misrule and rampant corruption has made it Europe’s answer to Africa when it comes to economics and health care. Apparently unsatisfied with this poisoned chalice, local elites now seem determined to become the continent’s equivalent to repressive Asian regimes in the area of internet censorship.

For the good of everyone there, this madness has to stop. Because the initial Maidan protesters of autumn 2013 certainly didn’t have a Nigeria-North Korea hybrid in mind when they marched for a better future.

Bryan MacDonald is an Irish journalist based in Russia 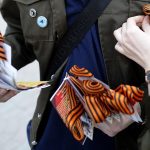 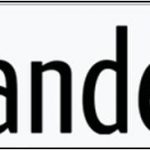