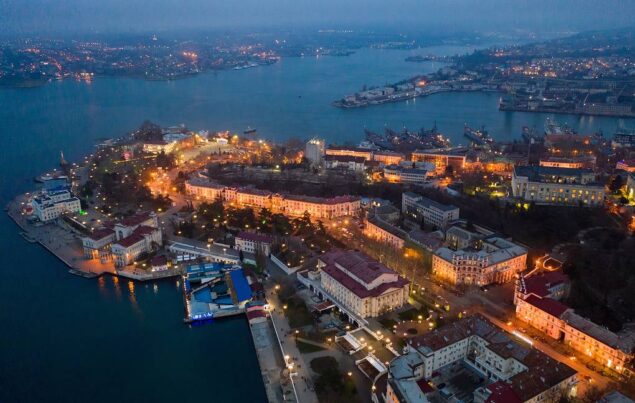 Ukraine’s Foreign Minister has announced that the National Security and Defense Council has approved a strategy aimed at retaking and reintegrating Crimea into the country, all this is despite the citizens of Crimea voting in force (97%) in 2014 to be a fully integrated part of the Russian Federation.

Ukrainian Foreign Minister Dmytro Kuleba announced this week that the country’s National Security and Defense Council had approved a strategy that is aimed at retaking Crimea and reintegrating the strategically important peninsula.

Crimea, a peninsula in the Black Sea, was annexed by Russia in March 2014, following a US-backed, far-right coup in Kiev, the capital of Ukraine. 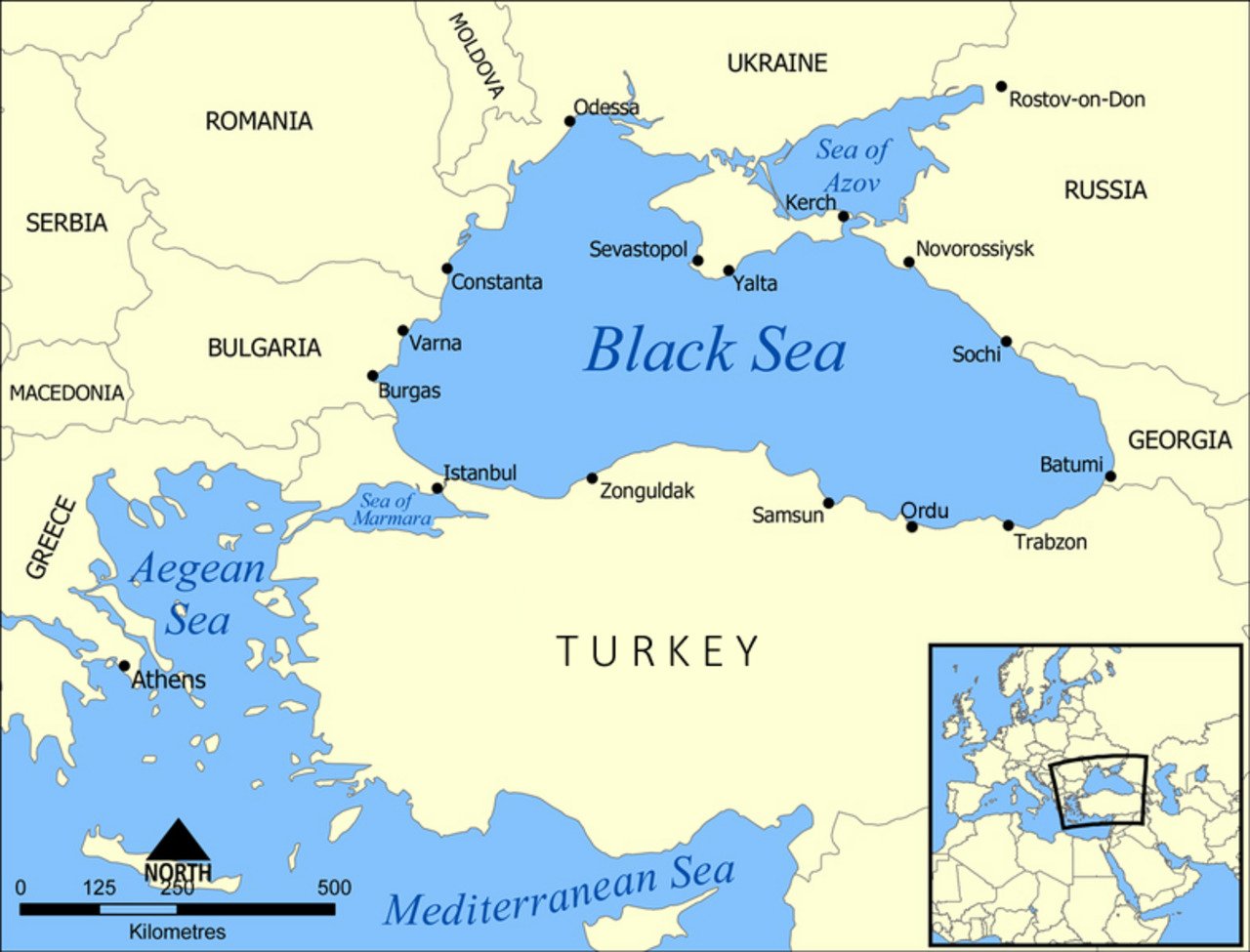 Announcing the move on Twitter, Kuleba wrote, “The signal is clear: we don’t just call on the world to help us return Crimea, Ukraine makes its own dedicated and systemic efforts under President [Volodymyr] Zelensky’s leadership.”

As part of its “3 pillars” strategy for retaking Ukraine, Kuleba notably stated that Zelensky’s administration sought “full Ukrainian sovereignty” over not just Crimea but that of the port city of Sevastopol as well, which serves as the home of the Russian Navy’s Black Sea Fleet.

Following Kuleba’s comments, Ukrainian President Zelensky announced via Twitter the creation of a Crimean Platform Initiative which the Ukrainian government described as “a new consultative and coordination format initiated by Ukraine to improve the efficiency of the international response to the occupation of Crimea, respond to growing security challenges, step up international pressure on Russia, prevent further human rights violations, protect victims of the occupying power and to achieve the de-occupation of Crimea and its return to Ukraine.”

The first summit of the newly created group is planned to take place in August and Zelensky reported having already spoken with the EU, Canada the United Kingdom and Turkey regarding the group’s creation.

Following the Stalinist dissolution of the Soviet Union, the port of Sevastopol had been leased to Russia by several successive Ukrainian governments. Its potential loss following the US-backed ousting of the President Viktor Yanukovych in 2014 was widely seen as one of the primary motivators in Russia annexing the militarily strategic peninsula.

As Kuleba and Kiev are well aware, any attempt to impose its “full sovereignty” over one of the Russian Navy’s most important warm water ports on the Black Sea would result in a full-scale war that threatens the outbreak of a third world war.

“All efforts by Kiev to reclaim Crimea are illegitimate and cannot be interpreted in any other way but a threat of aggression against two Russian [federal] subjects. We reiterate that we will consider participation of any states or organizations in such activities, including the Crimean Platform initiative, as a hostile act against Russia and direct encroachment on its territorial integrity,” Zakharova noted.

Kiev’s escalation of the conflict with Russia over Crimea comes under conditions where the country remains mired in a civil war in eastern Ukraine that has now lasted for almost seven years. The war has claimed the lives of over 14,000 people, displaced 1.4 million and left 3.5 million in need of humanitarian assistance. UNICEF recently noted that millions in the war zone still lack access to clean drinking water and some don’t have regular access to any water, even as COVID-19 cases are again rising sharply across the country.

The move of the Ukrainian government follows a series of anti-Russian political crackdowns and military buildups that have exacerbated the threat of a full-scale war. In February, the Zelensky government undemocratically shut down three popular television stations run by pro-Moscow opposition leader and oligarch Viktor Medvedchuk on the grounds of “national security.” Medvedchuk was later sanctioned and Kiev has continued to charge opposition politicians and reporters with “treason” for backing a negotiated settlement with Moscow over the separatist controlled regions of eastern Ukraine.

The crackdown was predictably condemned by the Kremlin which argued that it demonstrated that Kiev was attempting “to solve the problem of [Donbass in Eastern Ukraine] by force.”

International monitors in eastern Ukraine have also recently reported a rapid increase in the number of ceasefire violations by both Ukrainian soldiers and Russian-backed separatists. This year, already 10 Ukrainian soldiers have been killed.

While Zelensky was initially elected in 2019 on the basis of a rejection of the far-right militaristic nationalism espoused by his predecessor Petro Poroshenko, Zelensky is now adopting a potentially even more reckless strategy. Much indicates that he is being supported in this by the United States.

Last week an op-ed in the Washington Post suggested that Zelensky is desperate to receive a phone call from US President Joe Biden but is yet to receive one. The op-ed backed Zelensky’s recent political crackdowns and urged him to move even more aggressively against Russia.

“Mr. Zelensky now has the opportunity to forge a partnership with Mr. Biden that could decisively advance Ukraine’s attempt to break free from Russia and join the democratic West. He should seize on it,” the paper’s editorial board urged.

Speaking to Politico, a former US official close to the Biden administration was quoted as saying, “There is merit to having Zelensky sit and wait his turn for a call. He is not struggling with all his might to fight corruption. In fact, pro-Russian oligarchs in Ukraine have gained immense power since Zelensky took over. So there needs to be tough love with Zelensky when that one-on-one conversation does happen.”

Ukraine is highly dependent on military aid and backing from the US in its confrontation with Russia. On Monday, the Pentagon announced a $125 million military aid package for Ukraine, the first distribution of aid to Ukraine under the Biden administration.

There is still $150 million left in the allocated 2021 Ukraine Security Assistance Initiative funding appropriated by Congress. However, this money will not be released until the Defense and State departments jointly certify that there has been “sufficient progress” made by Kiev on “military reform” efforts.

While Biden has yet to speak with Zelensky, on the seventh anniversary of Russia’s annexation of Crimea the White House released a statement backing Ukraine in the dispute stating, “The United States does not and will never recognize Russia’s purported annexation of the peninsula and we will stand with Ukraine against Russia’s aggressive acts.”

In its reckless military escalation, the Zelensky government is also driven by a deep social and political crisis in Ukraine itself. Its political support has fallen sharply as the country’s economy and health care system have been devastated by COVID-19, with no significant vaccination effort in sight. There is a real danger that the Ukrainian ruling class, driven by a deepening domestic crisis, is trying to divert these internal tensions outward, resulting in a war that would threaten the lives of millions.