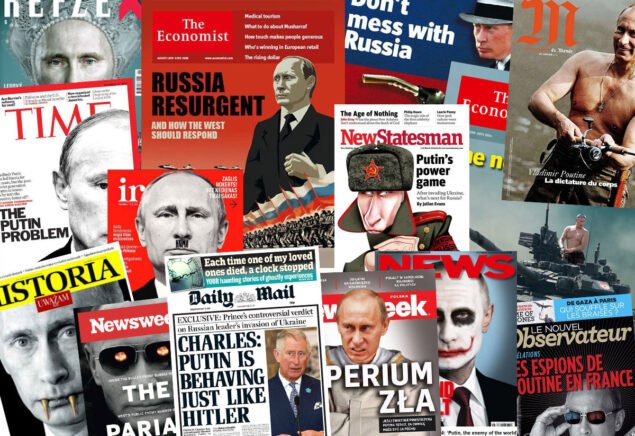 The 2014 U.S. sponsored coup against the elected government of Ukraine must be the starting point for any discussion of the current crisis. That crisis has been manufactured by Joe Biden, who was the Obama administration point person in using Ukraine as a means of destabilizing Russia.

The corporate media always carry water for the state, and they are never more dangerous than when the nation is on a war footing. Right now the United States government is sending weapons to Ukraine. One wouldn’t know that because of constant references to “lethal aid.” The euphemisms and subterfuge are necessary for a very simple reason. Everyone except the Washington war party knows that provoking war with Russia is extremely dangerous.

Joe Biden is picking up where he left off, as Barack Obama’s Ukraine viceroy. He and his incompetent foreign policy team have spun a tale about a pending Russian attack on Ukraine. In reality, it is the U.S. that is ginning up war by provoking the Ukrainians to start a fight that they can’t win. In 2014 a U.S. backed coup put a far-right clique in power. The people of the Donbass region in the east, largely ethnic Russians, wanted no part of the new anti-Russian government and sought autonomy. The resulting war has killed some 30,000 people.

Now the Biden team who publicly insulted the Chinese government and withdrew from Afghanistan without even being able to secure a major airport, have moved on to opening the proverbial can of whoopass with the world’s other major nuclear power. They are using Ukraine in an ill-advised effort to instigate what could lead to disaster.

The 2014 coup against an elected Ukrainian president took place in part because the Russians underestimated the extent of U.S. and NATO determination. They roused themselves quickly however and Crimeans, who are mostly of Russian origin, voted to rejoin the nation they had been a part of until 1954. The U.S./NATO regime change effort came at a steep price for Ukraine. Thanks to Atlanticist meddling it is now the poorest country in Europe that won’t get the NATO and EU membership it was promised. It remains a pawn between two powerful countries.

The U.S. is pulling all the hybrid warfare schemes out of the tool box. For months they claimed that Russian troops were massed on the border, ready to invade. They have engaged in diplomacy but only to try and get their way. Russia has held firm on a guarantee of no further NATO encroachment and the removal of missiles from their border. The French and Germans are feckless and do what Washington wants. They should be pressuring Ukraine to live up to the Minsk II Agreement which requires talks with the breakaway Donbass region.

None of this information is conveyed to the American people who live in ignorance orchestrated by republicans, democrats, and their friends in corporate media. Republican senators who want to run for president outdo one another with nonsense about stopping the Nord Stream II gas pipeline that Germany, a U.S. ally, asked the Russians to build. Winter is coming, quite literally, and Europe needs Russia’s gas. But unless they stop following Uncle Sam’s bullying they will end up with nothing.

Now Washington is pulling the same ploy they attempted in Ethiopia. They have declared that the Russians are coming and have even announced an evacuation of embassy personnel families from the capital city of Kyiv. Vassal states Australia and the United Kingdom have followed suit, but a European Union official demurred , “We are not going to do the same thing because we don’t know any specific reasons.” The Ukrainian government, a de facto U.S. colony, wasn’t happy and called the evacuations “premature.”

If the right hand doesn’t know what the left is doing, then one can only conclude that big lies are being told. The U.S. has been hoisted on its own petard and now has little more than dangerous bluster to get its own allies in line.

Biden himself is a part of this problem of his own making. In a recent press conference he  declared that Russia was on the verge of invading but then said a little invasion wouldn’t be so bad after all. It isn’t clear if he was speaking from his usual state of confusion or if he really meant what he said.

The Russians certainly mean what they say. As Secretary of State Antony Blinken rushes from Moscow to Berlin to London to Moscow, seemingly making things up as he goes along, the Russians dig in their heels and make clear that their days of being pushovers are in the past. The most committed puppet states like the U.K. go along with whatever Washington wants. They can be counted on to repeat an unsourced story of a Russian plan to overthrow the Ukrainian government or something else equally nonsensical. The people most likely to use a false flag event to justify going to war, instead claim that the other side will do so. The result is a situation that could go badly over the slightest provocation or even a perceived provocation.

The American people should just say no. The Biden administration is sorely mistaken if they think the public are in a mood for war with another nuclear power. They can call ammunition “lethal aid” if they want, but when the match is lit they can expect no support. Then again, the ginned-up conflict may be taking place for that very reason. Biden has failed in almost every respect and is facing electoral defeat for his party in November. Perhaps he thinks that he would be supported by people who have no faith in his ability or willingness to do anything on their behalf.

If hostilities are averted it will be because of forces outside of the U.S. Biden’s team of blood thirsty incompetents spent most of last year predicting a Chinese invasion of Taiwan. It isn’t clear if they grew bored or saw an easier opening in Ukraine.

No one should be fooled by these people. Russia and China are very close, “better than allies ,” as Xi Jinping said. Why shouldn’t they be? Both countries want to protect themselves from American aggression. People in this country had better hope for Russian and Chinese wisdom and experience. If the U.S. is allowed to do what it wants then the whole world is at risk. That statement is not hyperbole. The U.S. has withdrawn from decades old nuclear weapons agreements and now pushes the world toward the precipice.

The New York Times and Washington Post will play the role they did in 2003 when the U.S. invaded Iraq. They will repeat what spokespeople tell them to say and be a party to warfare. If ever there was a moment to break free from media disinformation this is it. They have nothing to offer except war propaganda and possibly war itself. 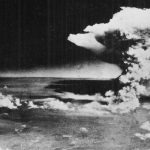 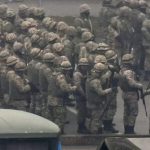