Special report by Guardian Global Development, by Claire Provost in Vinnytsia, Ukraine and Matt Kennard, published in The Guardian, July 30 2015 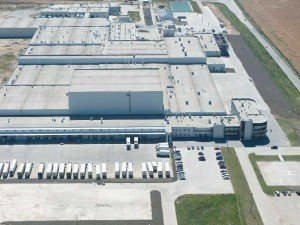 Hundreds of millions of dollars in development finance from the World Bank’s investment arm have helped to fund the controversial expansion of a billionaire’s agribusiness empire in Ukraine, amid growing concern that land and farming in the country are increasingly falling into the hands of a few wealthy individuals.

Controlled by one of Ukraine’s wealthiest men, Yuriy Kosiuk, the agribusiness company Myronivsky Hliboproduct (MHP) dominates the country’s domestic poultry market and exports chicken and luxuries such as foie gras across Europe. Since 2010, it has received at least $200m (£128m) in long-term loans from the bank’s International Finance Corporation (IFC).

Much of this funding has gone to support the building of Europe’s largest industrial chicken farm in the middle of Ukraine’s rural heartland. Almost 300km south of Kiev, the Vinnytsia poultry farm is part of an audacious effort to transform the country once known as “Europe’s breadbasket” into its “meatbasket”.

The IFC, which like all World Bank institutions has an explicit mandate to end global poverty, says its investments in MHP have created jobs and supported food security in Ukraine and beyond. Central to the IFC’s mission is a policy to “do no harm” and achieve positive development outcomes by investing in the private sector.

But villagers living near the Vinnytsia project, which is already partially constructed and in operation, said no one is listening to their concerns about its impact on their area. They also said that people are being pressured into giving their land over to the project by signing long-term land leases.

The project is a massive complex, with slaughterhouses, hen houses, fields to grow crops to feed the chickens, and incubators for eggs. It is still expanding, and this expansion requires leasing extra land from nearby villages in order to construct more “rearing zones” for chickens and additional grain facilities. The second phase of construction is expected to be completed in 2017-18.

“There are growing fears about potential ecological and health impacts and extra pressure on local people to sign land lease agreements,” said Natalia Kolomiets, environmental protection specialist at the National Ecological Centre of Ukraine (Necu). “It looks like once the business, the state and the investors are interested in having these projects, there is really little attention paid to local populations.”

In villages already surrounded by the farm’s facilities, residents said the smell and noise are overwhelming, and claimed their roads and houses have been damaged by heavy trucks driving past day and night.

“Before, it was calm and peaceful here,” said one man in the village of Olyanitsa, pointing at cracks in his brick walls, which he said appeared after the trucks started driving through the village. “Now everything is vibrating … look, everywhere, it’s all broken.”

Local NGOs have documented concerns about air, noise and potential water pollution since 2011, but the company dismissed the question of environmental concerns, saying it complies with all environmental regulations. Community leaders in Ulianovka, a small village on the frontlines of the project’s expansion, said they have written to the company and to local authorities but that no one is listening to them.

“There’s no rights, no consultation,” said one woman.

The woman, who did not want to be named as she fears being pressured by the company, said people in her village, including the sick and elderly, were being visited at home and coerced into giving their land over to the project.

“We are nothing for rich people, they don’t want to see us, or hear us.”

Villagers in Ulianovka and Bilousivka said representatives of the company had visited people in their homes. When asked to respond to villagers’ allegations about home visits, the IFC said: “Land acquisition and environmental impacts are covered under the IFC performance standards, which define our clients’ responsibilities for managing environment and social risks. If there are specific concerns or incidents connected with this investment, we will work together with the client to help address them.”

After the dismantling of Soviet and collective state farms in the 1990s, agricultural land in Ukraine was divided up into small plots of roughly two hectares each (4.94 acres), and distributed among the population. There is currently a moratorium on the sale of this land, but it is expected to be lifted as soon as 2016.

Meanwhile, big agribusiness companies have already been acquiring huge swaths of land through long-term leases of up to 50 years. This has fuelled concern over a quiet land grab, where land is de facto controlled by a small group of powerful private individuals and companies.

Some estimates now put the total Ukrainian farmland controlled by foreign companies at more than 2.2m hectares. And, as in many countries experiencing a rush for farmland, domestic investors are also major players.

Kosiuk, founder and chief executive of the MHP company behind the Vinnytsia chicken farm, is one of Ukraine’s wealthiest men. In 2014, along with President Petro Poroshenko and seven other billionaires, he was estimated to control nearly 6% of his country’s GDP. Since 2008, MHP has been listed on the London Stock Exchange, though Kosiuk remains its major shareholder with 66% of its shares.

In Ukraine, his company is pursuing an aggressive strategy to control production “from field to fork”, growing its own grain to feed its chickens and installing facilities to incubate eggs, slaughter animals and package meat. Now it plans to increase the amount of land under its control to 450,000 hectares.

The IFC first invested in Kosiuk’s company in 2003. According to its website, the IFC has provided MHP with hundreds of millions of dollars in finance over the past five years alone.

In 2010, the IFC invested $61m in the company: a $50m loan “for crop cultivation and to secure the land lease rights” and an $11m credit guarantee for “a leasing portfolio of agricultural machinery”. In 2013, it provided a further $50m loan to support “MHP’s growth plans” in the Vinnytsia region.

Last year, the IFC announced a historic $250m investment in MHP, its largest deal in Ukraine since 2008. Of this, $100m would come direct from the IFC’s own books, with the remainder raised in partnership with other investors.

In a statement, the IFC said it has invested in MHP on commercial terms to support poultry production in Ukraine, “which has created jobs and promoted the development of the agribusiness sector, a key driving force for the national economy”.

It added: “Despite the challenging economic situation, the company continues with its expansion programmes and, as a result, direct employment is expected to grow.”

It also said its finance had helped the company improve food safety standards and energy efficiency. Anastasiya Sobotyuk, head of investor relations and communications at MHP, said the company complies with environmental regulations and builds long-term relationships with local communities, often paying higher-than-market rent for the land it leases. “Everything is transparent and legal,” she said. “We can’t force people, because it is our reputation and we are here for a long time and need land.”

Sobotyuk acknowledged that some people were opposed to the project and said that others might have ulterior motives for criticism. “There are some people who understand our competitive advantages … and therefore do black PR campaigns toward MHP.”

Describing Ukraine as a “food basket for the world”, she said the country had great potential because of its black soil. “We create facilities from scratch, invest in development of towns and villages: roads, infrastructure, social. And we want to continue to do so, especially taking into account the difficult macroeconomic situation in the country,” she added.

But Kolomiets said funding big farms is the wrong approach for Ukraine, where small- and medium-sized projects should be supported instead. At minimum, she said, the IFC should step up its monitoring of such projects and pay closer attention to the concerns of people living nearby.

The IFC has a formal mechanism whereby communities impacted by its investments can file complaints if they have grievances. But villagers and community leaders in the Vinnytsia region said they had never heard of this arm of the World Bank, and that they were informed about the project when it was already too late to resist it.

“There should have been community discussions before building started, but there weren’t. They just gathered us and confronted us with the fact that they were building this,” said one woman, standing near the village school where she works.

“Had there been a vote, people would have voted against it.”

Claire Provost and Matt Kennard are Bertha Fellows at the Centre for Investigative Journalism. Travel for this article was supported by the Pulitzer Center on Crisis Reporting