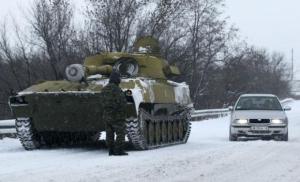 Howitzer weapon on the road between Donetsk and Luhansk cities, Dec. 1, 2014, photo by Antonio Bronic, Reuters

KIEV – Ukraine’s military and separatist forces have agreed “in principle” on a new ceasefire from Dec. 5 in the rebel-held Luhansk region in the east of the country, the OSCE security group said. The deal reported by the Organization for Security and Co-operation in Europe is the latest attempt to reinforce a much violated ceasefire agreed on Sept. 5.

Shelling by from both sides has continued despite the three-month-old ceasefire deal signed by Ukraine, Russia and the pro-Russian separatists’ leaders. Subsequent attempts to forge a stronger truce have failed to halt the artillery fire.

The OSCE said representatives from both sides had “agreed in principle to a total ceasefire along the entire line of contact” in the Luhansk region, but that differences remained on certain details. The sides “continued to dispute aspects of the disengagement phase,” the OSCE said in a report released late on Monday.

More than 4,300 people have been killed in eastern Ukraine since separatist rebellions began in April. September’s ceasefire deal has come under particular strain from fighting over the airport of the rebel stronghold of Donetsk.

Ukraine said military representatives of Ukraine and Russia would hold talks with rebels on Tuesday in Donetsk, the other rebellious region, on Tuesday on establishing a new ceasefire as soon as possible and on the withdrawal of heavy weapons. “Particular attention will be paid to the question of Donetsk airport as it is a strategic site,” the press service for the Ukrainian military operation in the east said in a post on Facebook.

The sides held similar talks in November and did not reach an agreement. 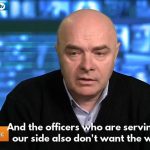 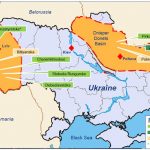