Ukraine After Martial Law: Neither Peace, Nor War 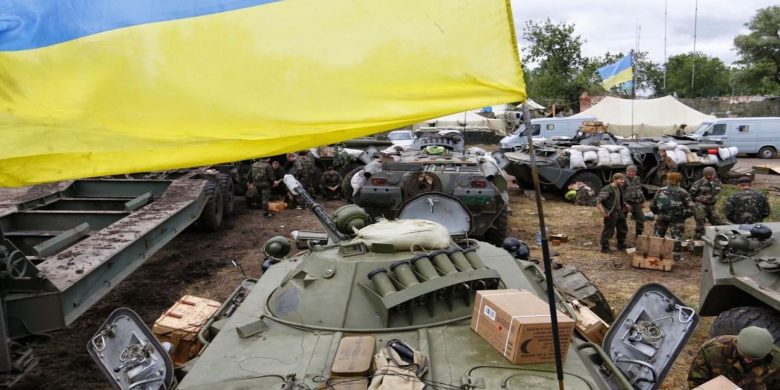 A comprehensive analysis of the situation in Ukraine following the lifting of martial law, as the electoral campaign gets underway in readiness for parliamentary elections in March.

In Ukraine, the electoral campaign preceding the presidential elections scheduled for March 31, 2019, officially kicked off on December 31, 2018. Meanwhile, the martial law imposed on 10 of the country’s regions (with more than half of Ukraine’s population living in them) was lifted days before the campaign started – on December 26.

The martial law, which continued for one month, granted Ukraine’s unpopular president Petro Poroshenko dictatorial powers. He could shut down any media outlets, cancel and postpone any elections, arrest any people suspected of “collaboration” with Russia for an indefinite period of time. Protest rallies and political activities, such as party conventions and parliamentary investigations, were also put on hold.

The question is: can the elections, due to be held 3 months after the ending of the martial law, be considered free and fair? And can president Poroshenko be tempted to impose the martial law again before the elections? In any democratic country, Poroshenko would have rather slim chances with his low voter approval rating at 11.6 percent (the data from the latest poll conducted by the Kiev-based International Sociology Institute). The strongest candidate, the former prime minister Yulia Tymoshenko is 10 points ahead of him with 21.6 percent.

Poroshenko imposed the martial law on November 26 because of the arrest of three Ukrainian military vessels near the Kerch straits in the Black Sea, where both Ukraine and Russia have big ports and military bases. The Russian side claimed that the Ukrainian vessels illegally entered the Russian territorial waters before trying (unsuccessfully) to enter the Kerch Strait – a narrow water pass connecting the Black Sea with the Azov Sea. That sea is a shallow water reservoir, most of it unfit even for medium-sized military ships. Just a few years ago no one could imagine the Azov Sea being unimportant strategically, since Russia controlled Azov since the 17th century and almost all the population living on its shores was Russian-speaking. The biggest Ukrainian port on the Azov Sea, Mariupol, with its Russian population, was part of the anti-Maidan rebellion in the Russian-speaking east of Ukraine in 2014. The city also took part in the unrecognized referendum on federalization of Ukraine that same year, but in a few weeks, in May 2014, Mariupol was seized by the Ukrainian army, which was already advancing against the rebellion on Donetsk and Lugansk, using tanks, aviation and artillery.

Now the Azov Sea suddenly became hugely important in the eyes of both the EU and the US. After the two Ukrainian small navy ships and a tug boat (with 24 people on board) were arrested by Russians for entering the waters which even before Crimea’s reunification with Russia were considered Russian waters, both the US and the EU suddenly started taking the problems of the Kerch Strait close to heart. President Trump cancelled his scheduled meeting with president Putin in Argentina in the end of 2018, saying the two leaders would meet when the Ukrainian seamen and ships are returned to Ukraine. France’s and Germany’s leaders Emmanuel Macron and Angela Merkel on the eve of the New Year suddenly developed a strong desire “to see the Ukrainian seamen celebrating the holidays with their families,” making a special strong-worded statement against Russia on the subject.

“It is interesting to note that, when the Ukrainian border guards in March 2018 arrested 10 seamen aboard a fishing vessel Nord in March 2018 inside the Azov Sea, Merkel and Macron did not make any protesting statements,” comments Bogdan Bezpalko, the head of the Center for Ukrainian and Belarusian Studies at the Moscow State University. “That fishing boat was operating from Crimea, the seamen were the residents of a fishing village there. So, formally, they were Ukrainian citizens for the Ukrainian authorities. (Ukraine still considers Crimea its territory, despite the region’s voting for reunification with Russia in 2014 – D.B.). But the fishermen were still arrested for pursuing economic activity from Crimea, which is “an occupied territory” in the eyes of Kiev. The sailors spent several months in Ukraine against their will, and the captain is still detained there. And these people were not military, they did not try to pass under the strategically important Crimean Bridge with arms and without permissions. Similar situations happened to other Russian vessels, but the EU did not react. Now it does.”

The hypocrisy of the American and European leaders with their numerous “concerns about the state of democracy” became especially evident, when no one in the US and the EU protested against Poroshenko’s decision to impose the martial law after the incident near Kerch Strait, which was no match to the tragic peak of the civil war in 2014-2015. According to Ukrainian opinion polls, no less than 60 percent of Ukrainians did not approve of Poroshenko’s decision, seeing in it only an attempt to stay in power, having nothing to do with defense of the country.

“If Poroshenko needed additional powers to use arms against a possible Russian aggression, he did not have to impose a martial law,” said Mikhail Pogrebinsky, head of the Kiev-based Center for Conflict Studies. “In 2014 Poroshenko used aviation, artillery and tanks against the rebellion in Donbass, without any martial laws. He just called it an “anti-terrorist operation” and used the most destructive weapons, without any consequences from the West. So, people in Ukraine don’t trust the president now, they see in the martial law just another trick aimed at cancelling elections or winning them dishonestly.”

Macron’s and Merkel’s demand to Russia “to provide a secure, speedy and unhampered” passage of all international vessels through the Kerch Strait (something Russia has never refused to do) also smacks of hypocrisy. The Russian foreign ministry pointed to the fact that Ukraine’s military vessels passed through the Kerch Strait weeks before the incident of November 25. Nevertheless, American state department’s chief negotiator on the issues of Russo-Ukrainian conflict, Kurt Volker, threatened Russia with additional sanctions from both the US and Europe for “hampering international navigation.”

“We are used to sanctions and do not expect justice from the West,” explained Vladimir Zharikhin, the head of the Ukrainian department at the Moscow-based Institute for CIS Studies. “What is sad, it is the consequences of the confrontation for the Ukrainian election. A chance to change Ukraine’s disastrous policy line is being missed.”

On December 28 Poroshenko convened a special closed meeting of the country’s top generals and security officials to discuss the outcome of the martial law. Poroshenko said he actually would have preferred to keep the martial law, but the requirement to have a three months long electoral campaign made this variant impossible. However, Poroshenko’s chances of winning increased – even without an increase in his ratings, he saw his enemies demoralized. Despite the fact that Yulia Tymoshenko warned about Poroshenko’s plans to cancel the elections by an imposition of the martial law as early as in July this year, her faction did not put up much of a resistance to Poroshenko’s idea (the vote in the Rada was 270 against 60 in favor of the martial law). Tymoshenko’s faction avoided a fight. And a fighter which does not fight – this fighter has lost already.

Local observers note that Poroshenko looks set to receive the support of the West, and that increases his chances of winning the election, even if some tampering with the vote takes place. As for a new “series” of martial law, there are lots of enthusiasts for this kind of solution in Ukraine.

For example, a Rada deputy named Vitaly Kupryi registered in the Ukrainian parliament a draft law, which requires the president to declare Ukraine “in the state of war with Russian Federation,” cutting all transit of Russian oil and gas through Ukraine (an idea not likely to receive support from the EU).

So, the likeliest outcome will be a state of tension, “neither peace nor war,” which would allow people not to see a dramatic worsening of their situation while allowing Poroshenko to stay in power.