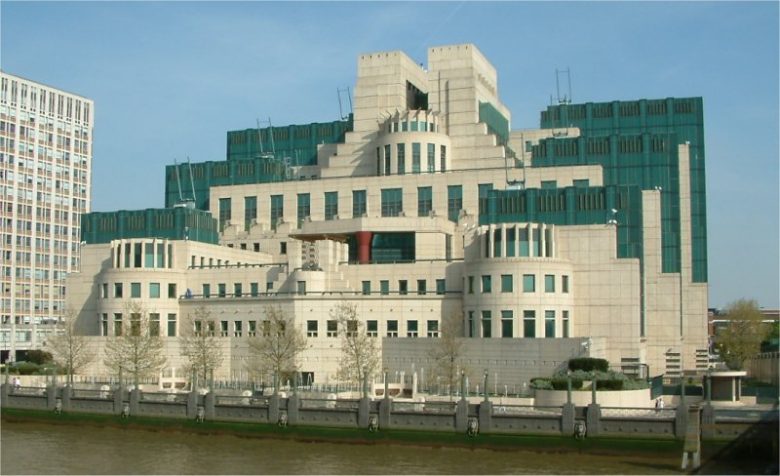 The rules would no longer apply to those making decisions ‘necessary for the proper exercise of any function’ of services such as MI6. Simple Wikipedia

A human rights charity, in addition to a British Tory cabinet minister, warned that ministers and spies will be given immunity from accusations regarding assisting crimes abroad, under a new national security law which will be debated by MPs next week.
________________________

Although the British authorities have been killing, stealing and torturing for hundreds of years, now is the time for a bill to emerge, legitimizing overseas murder… Because Afghanistan, Syria, Iraq, Yemen, need more of it.

A human rights charity, in addition to a Tory cabinet minister, warned that ministers and spies will be given immunity from accusations regarding assisting crimes abroad, under a new national security law which will be debated by MPs next week.

The Home Office was told that the law being discussed was “far too slack” and would dissolve the UK’s moral authority, which gives them the right to condemn atrocities, such as the killing of Jamal Khashoggi.

In 2007, the Serious Crime Act was passed, which made it illegal to encourage or assist a crime overseas. Such an offense could, for instance, entail aiding in an assassination or sending information to be used in a torture interrogation.

The new law being discussed – which will have its second reading on Monday – will disapply the Serious Crime Act where “necessary for the proper exercise of any function” of MI5, MI6, GCHQ or the armed forces.

According to Reprieve, the human rights charity blowing the whistle, the law will grant immunity to authorities, including ministers and officials, particularly those who provide information to foreign governments and partners that lead to people being tortured, or illegally killed in a drone strike.

The law, furthermore, is raising worries that it would also restrict victims’ ability to seek civil damages through legal institutions.

The joint executive director of Reprieve, Maya Foa, remarked that the power being handed to the authorities is “unthinkable”, and it will “risk putting them above the ordinary criminal law,” giving authorities the power to “commit serious crimes thinking they can do so with effective impunity”.

She went on to explain that Clause 23 of the bill will “destroy the UK’s moral legitimacy to condemn similar atrocities by autocratic states.”

“This bill is drafted so loosely that it could let ministers off the hook if they authorised crimes like murder and torture from the safety of their desks in Whitehall,” he said. “I urge colleagues to constrain it to actions appropriate to our aims and civilised standards.”

The bill was brought up last month in the Queen’s speech and which will be debated on Monday, indicates an intention to support Britain’s spy agencies, and “help them protect the United Kingdom.”

One Home Office spokesperson said, “The amendment to the Serious Crime Act will only remove the risk of individuals facing criminal liability where they are carrying out authorised lawful activities deemed necessary, in good faith and following proper procedure.

“Put simply, the government believes it is not fair to expect the liability for this action to sit with an individual UK intelligence officer or member of the armed forces who is acting with wholly legitimate intentions.”

Millions of Britons can be deprived of voting for simply not having an ID card, putting low socioeconomic groups at a disadvantage, according to a researchwhich shows that lower classes are less likely to hold a passport because they don’t travel, and don’t hold driver’s licenses because they don’t have cars to drive.

In addition, the UK Home Office also looks to dissolve journalists’ right to the public interest for whistleblowing, holding governmental authorities accountable and rather treating journalists as ‘spies’. The new proposed law is to tighten restrictions on the release of information and leaks from journalists, in addition to imposing longer sentences on whistleblowers.

In April last year, protests broke out across England in rejection of the Police, Crime, Sentencing, and Courts Bill. The April weekend was dubbed the “national weekend of action,” where hundreds marched through the streets, including London and Bristol, holding banners that said, “Kill the Bill.”

Non-profits such as Black Lives Matter and Extinction Rebellion, which has recently protested against Amazon’s abuse of the environment and labor, participated in the march.

“The government is trying to curtail protests – especially BLM and XR – that is what this bill is all about. We want the clauses in this bill about protests quashed,” said a London protester, Mark Duncan. 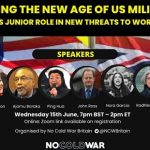 Opposing the new age of US militarism & Britain’s role in threats to peaceBritain, No Cold War Britain, Webinar 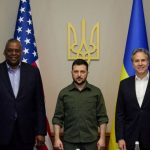