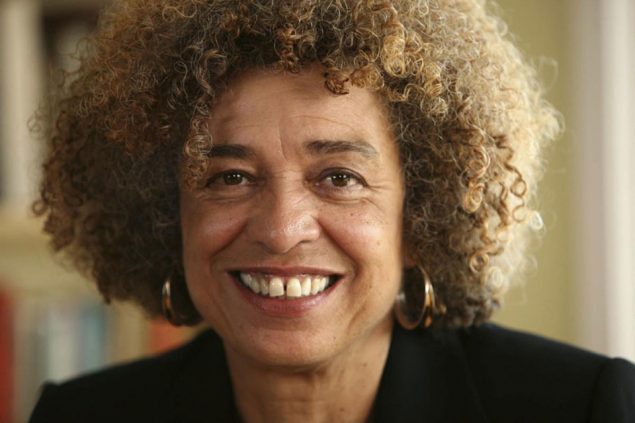 Angela Davis is one of ten prominent American women being honoured for their achievements and their roles in the country’s Women’s Rights movement at The National Women’s Hall of Fame in New York this September.

In celebration of the 100th anniversary of the 19th Amendment giving women the right to vote, The National Women’s Hall of Fame will host a weekend this September in New York honoring the achievements of American women in the birthplace of the country’s Women’s Rights movement.

The highlight of the weekend will be the induction of 10 prominent women into the Hall of Fame for their historic achievements. UC Santa Cruz distinguished professor emerita Angela Davis will be one of those women receiving that honor.

The 2019 class of inductees were nominated by the public, judged by an interdisciplinary team of experts across the nominees’ fields, and selected for their invaluable contributions to American Society in the areas of the arts, athletics, business, education, government, humanities, philanthropy, and science.

“We are pleased to add these American women to the ranks of inductees whose leadership and achievements have changed the course of American history,” noted Betty Bayer, president of The National Women’s Hall of Fame.

Through her activism and scholarship over many decades, Davis has been deeply involved in movements for social justice around the world. Her work as an educator–both at the university level and in the larger public sphere–has always emphasized the importance of building communities of struggle for economic, racial, and gender justice.

Davis spent 15 years as a faculty member at UC Santa Cruz until her retirement in 2008 as a Distinguished Professor Emerita of History of Consciousness (an interdisciplinary Ph.D. program) and Feminist Studies.

She is the author of 10 books and has lectured throughout the United States as well as in Europe, Africa, Asia, Australia, and South America. In recent years she has focused on the range of social problems associated with incarceration and the generalized criminalization of those communities that are most affected by poverty and racial discrimination.

In her work, Davis draws upon her own experience in the early 1970s as a person who spent 18 months in jail and on trial, after being placed on the FBI’s “Ten Most Wanted List.” She has also conducted extensive research on numerous issues related to race, gender and imprisonment.

Her books include Abolition Democracy, Are Prisons Obsolete?, a new edition of Narrative of the Life of Frederick Douglass; and a collection of essays entitled The Meaning of Freedom. Her most recent book of essays, Freedom Is a Constant Struggle: Ferguson, Palestine, and the Foundations of a Movement, was published in February 2016.

To date, 266 women have been inducted into the National Women’s Hall of Fame since its creation in 1969. It is the nation’s oldest membership organization and museum dedicated to honoring and celebrating the achievements of distinguished American women. The 2019 induction ceremony will take place on September 14.