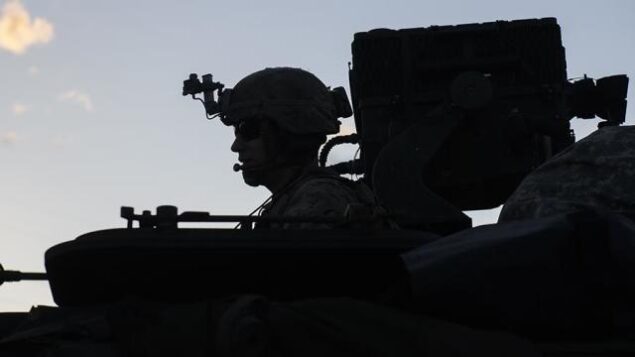 The foreign minister of Belarus, Vladimir Makei, recently told the Russian newspaper Kommersant that the threat of a new cold – and behind that a hot – war appeared to be confronting his nation, its region and the world.

The foreign minister of Belarus, Vladimir Makei, recently told the Russian newspaper Kommersant that the threat of a new cold – and behind that a hot – war appeared to be confronting his nation, its region and the world. The following is a representative excerpt from his interview:

“Observing the development of the situation in our region and in the world in general, given the growing confrontation in all directions, we can say that we are heading towards the ‘Cold War 2.0′. If we continue exchanging accusations against each other, the accusations that are really destructive, like the ones made by President Biden, we can assume that this way we will be one step away from a hot war.”

The reference to Biden is presumably regarding his harsh condemnation of Belarus on May 24, in which he threatened sanctions against the country and clearly signaled American support for so-called regime change, whether of the past twenty years’ color revolution variety or its predecessor, a military coup d’état.

He further reiterated a concern expressed by Belarusian authorities, most notably President Alexander Lukashenko, since last year’s presidential election over the build-up of NATO forces in Poland and Lithuania on the Belarusian border:

“Earlier they said that NATO forces or American contingents would be deployed there [Estonia, Latvia, Lithuania and Poland; all but Estonia border Belarus] on a temporary basis. Now everything goes to [show] that these forces in the Baltic states, in Poland will be deployed on a permanent basis. They will be deployed 10-15km away from the border, the closest distance ever.”

Since the U.S.-engineered, NATO-supported coup in Ukraine in 2014 and the war in the Donbass it generated, the Pentagon and NATO have deployed troops near Belarus and increased air patrols by multirole combat aircraft operating from bases in Lithuania (Šiauliai Air Base) and Estonia (Ämari Air Base). The NATO warplanes are in immediate striking distance of Minsk. And St. Petersburg.

In speaking of the NATO and American forces near his nation’s border, the foreign minister was referring to NATO’s enhanced Forward Presence (eFP) Battlegroupsand troops assigned to the U.S.’s Operation Atlantic Resolve, also established after the overthrow of the Ukrainian government and ensuing war in the Donbass seven years ago. Both operations maintain troops in Estonia, Latvia, Lithuania and Poland. In the latter case under Pentagon command; in the former under British, Canadian, German and U.S. command respectively.

NATO acknowledges that the so-called Baltic Air Policing operations are now coordinated with its battlegroups in Estonia, Latvia, Lithuania and Poland, and no doubt they also work in conjunction with the American military in those nations.

Belarus is besieged by NATO and the U.S. It is being undermined and attacked on several fronts, including the incitement of ethnic Polish separatism/irredentism after the Kosovo model of the late 1990s in the west of the country, by so-called color revolution activities, by impending sanctions and travel bans and, as the nation’s foreign minister points out, the coup de grâce of a direct NATO military attack. It is also a trap that is being laid for Russia which, whether it should intervene or not in that eventuality, will be made to pay a severe penalty. 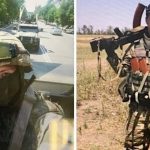 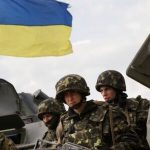