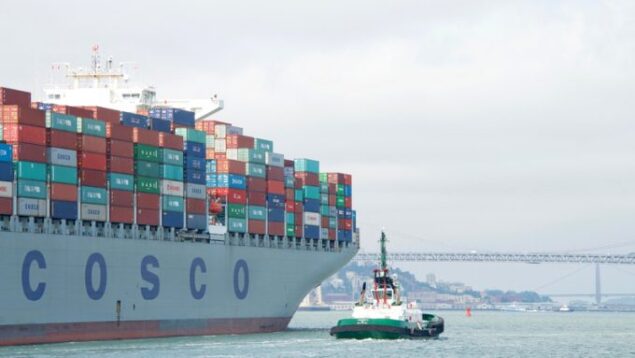 In the last week of November, and the beginning of December 2020, Chinese-US tensions appeared to be growing. This notably included the US Treasury sanctioning Chinese company CEIEC for operating in Venezuela, and Beijing urging it to reconsider its “mistake” and lift the sanctions.

“According to China Daily, U.S. law enforcement officers recently have asked questions to employees of China’s shipping companies about their Party membership in several raids. In addition to Chinese ships, U.S. law enforcement agencies launched surprise raids on arriving Chinese airliners. Do you have more information on that? Can you confirm these details?”

The answer was the following:

“Indeed, over a period of time, law enforcement officials of relevant U.S. departments have repeatedly raided the crew of Chinese ships, questioned and inspected the crew of many Chinese flights to the United States, repeatedly fixating on their CPC membership. Such actions incite ideological antagonism and undermine normal personnel exchanges between China and the United States. This is a serious political provocation against the Chinese side. It is also another manifestation of the resurgence of McCarthyism and the full-on containment and suppression against China by the U.S. anti-China forces. It runs counter to the historical trend and does not conform to the aspirations of the people of China and the United States who want friendly exchanges. The Chinese side has made solemn representations to the U.S. side in this regard.

We urge the U.S. side to immediately stop the erroneous acts, stop stoking ideological antagonism, and stop unjustified crack-down on China. If the U.S. side insists on escalating its provocative actions, China will certainly take countermeasures.”

According to Beijing, the US is not only harassing Chinese shipping crews, but also Airline crews.

U.S. law-enforcement personnel have recently conducted alleged surprise raids on sailors aboard arriving Chinese ships and questioned arriving Chinese airline crews to ascertain whether they are members of the Communist Party.

Hua Chunying said that the US needs to stop these “erroneous acts” or China will find itself forced to implement due countermeasures.

This took place in late October and mid-November according to China Daily.

Most of the affected ships were boarded immediately after they berthed, according to China Daily, which said U.S. officials conducted extensive questioning of Chinese personnel that focused on Communist Party membership and sometimes lasted several hours.

“The US side’s extensive questioning of Chinese personnel sometimes lasted for several hours, repeatedly fixating on their CPC membership and even asking about reasons for joining the Party,” the sources said.

“They also asked about things like the crew’s links with the Chinese government, the current situation of (COVID-19) epidemic prevention in China, and the crew’s views on the candidates in the US presidential election,” the sources added.

In addition to Chinese ships, US law enforcement agencies launched surprise raids on arriving Chinese airliners on 16 occasions and questioned in detail the cabin crews. On three of these occasions, the questioning involved Party membership, the sources said.

“Such practices of the US side raise suspicion of discriminatory enforcement of the (US) laws and of attempts to provoke ideological confrontation, disrupt regular exchanges of visits between China and the US, and deliberately create trouble and obstacles, giving people the impression that McCarthyism is resurging in the US,” the sources said.

Another point of contention is Taiwan, and China strongly opposes the US selling weapons to Taiwan.

“The first thing I’d like to stress is that China firmly opposes U.S. arms sales to Taiwan. Our position is consistent and clear.

I read reports that Taiwan has spent $11.8 billion, or NT$342.2 billion in purchasing American weapons this year, equaling the per capita spending of NT$14,500. I don’t know how our Taiwan compatriots feel when they know their wealth gained through hard work is spent on buying second-hand American weapons and used like it came from an automated teller machine for interest groups in the United States.

We once again send this stern message to the U.S. side: China will resolutely fight back against all attempts that undermine China’s core interests and interfere in China’s internal affairs. We urge the US to strictly abide by the one-China principle and the three China-US joint communiques, stop selling arms to Taiwan or having military links with Taiwan, deal with Taiwan-related issues properly and with caution, and promptly halt its steps down the wrong and dangerous path. We also once again give the stern message to the Taiwan authorities that “Taiwan independence” is a dead end. Attempts and actions to seek external interference and use weaponry to deny reunification are doomed to fail.”

It is possible that in addition to pushing policy more rapidly regarding the Middle East and in support of Israel, the Trump Administration is also attempting to push relations with China even further apart in the last days in office. 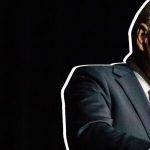 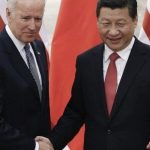 Class and Race in the US Presidential electionChina, John Ross, US 2020 elections