The infantile pique of James Kirchick

Writing in the Daily Beast on March 31, neoconservative rabble-rouser James Kirchick assailed all the contributors to the 35th U.S.-Russia Forum held in the U.S. Senate Hart Building on March 26 as “Putin’s boot-lickers” and a convention of “Dead Souls”. He accused Professor Stephen Cohen of New York University of “ranting”. He described the World Russia Forum 2015 as “a nest of Putin apologists and has-beens” and as “a gathering of Kremlin apologists, conspiracy theorists, and other assorted nut jobs”.

All the eminent academics who spoke at the conference, while agreeing that this kind of language was distasteful, unanimously agreed it was more important to keep their dignity than to reply to such bilge. This explains why until now at least, all of them are total failures at influencing the U.S. public and Washington policymakers about the dangerous momentum in U.S. policy towards Russia and Ukraine.

For while Kirchick is simply an abusive, ridiculous clown, he is the puppet of people who are not. His ad hominem little rant ran in the Daily Beast, which is influential on the liberal left. He indulges in vicious ad hominem abuse which would not have been out of place in the Volkischer Beobachter or Der Sturmer. George Orwell would have recognized yet another little totalitarian creep straight off.

However, it is not meaningless that a self-described heroic defender of gay rights and Israel should be an intolerant little bully. Why does Kirchick preach hatred in the name of defending the innocent? Why does he wildly practice intolerance and intimidation in the name of tolerance and freedom? Why does he demonstrate the superiority of democracy over that of other systems by flying into abusive rages at everyone who disagrees with him? It is no coincidence that Kirchick is an honored contributor to Commentary magazine, which still aspires to the dignitas of a serious policy journal. But Kirchick proves that at Commentary magazine, hate-crazed bully boys travel first class.

Kirchick is an important and useful tool for his masters. Every time he shouts, and abuses, he is ignored by his targets. That is not the way to deal with bullies.

And what was Kirchick so outraged about? The subject of his ire was a conference of experts warning of the growing risk of full-scale thermonuclear war. Theodore Postol, the leading expert on thermonuclear warheads in the United States, displayed in his sober presentation aerial photographs of Washington, DC showing the fireball diameter that the explosion of a 150 kiloton warhead over the city would produce. But of course for Kirchick, Postol, the emeritus professor of Science and Engineering at the Massachusetts Institute of Technology, was just another old has-been. Kirchick, we should recall, is a former hack and rewrite man for Radio Liberty/Radio Free Europe. Any cheap job of character assassination he takes on must appear to him, after that, as a step up.

Golstein concludes by asking Kirchick: “This is not a civil war (in Ukraine)? What are you talking about? Do you know anything except sophomore snickering at people whom you should read and learn from? Shame on Daily Beast [for] peddling this pathetic rant as journalistic report.”

Here is a “proud” defender of Israel and an American patriot – or so he claims – who is willing to see America incinerated with thermonuclear weapons in the cause, as V Golstein rightly says, of defending the heirs of Bandera and the Nazis.

The spirits of Julius Streicher and the Sturmabteilung are alive and well in the rants of a neocon supporter of Israel and a gay rights activist? As Mr. Spock would say, “Fascinating.”

And do not forget that the revered talk show host Rosie O’Donnell called this ridiculous little totalitarian bully who demanded the death penalty for Bradley Manning, “a true journalist”.

Kirchick leapt out at me throughout the conference. He seemed to be subconsciously twitching with demonic nervous energy throughout. One could sense the pulsating hate radiating out from him on every side like high voltage electricity. This, I thought, is the kind of dangerous idiot who shoots archdukes and starts world wars.

I clearly impressed him too. He wrote that it was my presentation, he noted, that drove him out of the hall. “It was at some point in the midst of Sieff’s spiel about how the Western powers were leading us back to the carnage of World War that I decided I had better things to do.”

But it is not World War I that I am concerned about, it is World War III. Had Kirchick bothered to actually listen to the warnings of all those old “has-been” professors of nuclear physics, experts in Russian history and award-winning veteran journalists, he would have learned that the dangers of a nuclear war starting between Russia and the United States are very real. And they are getting worse by the day. When that war comes and his own body burns at three million degrees centigrade in a thermonuclear fireball, he can remember all his cheap little sneers at the peacemakers who tried to save him.

Fyodor Dostoyevsky, another ridiculous old “has-been”, would have recognized the self-destructive determination of the Gadarene swine, not just to jump off a cliff, but to bring thermonuclear hellfire down on themselves – and on everyone else.

Martin Sieff is the former Chief Foreign Correspondent for The Washington Times. He is the author most recently of Gathering Storm: The Seventh Era of American History & the Coming Crises That Will Lead to It. His website is: www.martinsieff.com. Follow Martin on twitter at @MartinSieff. 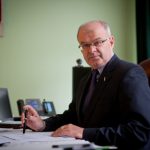 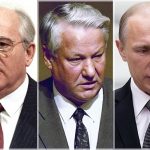