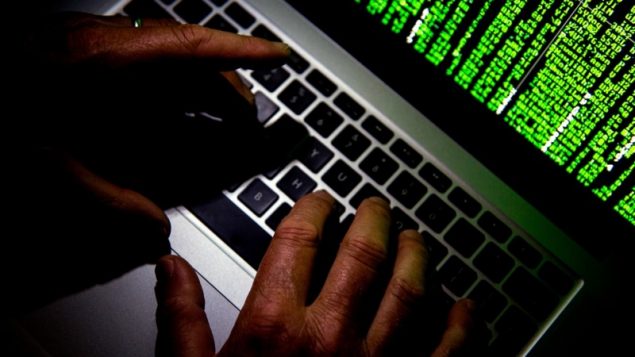 “Facts have proven once again that as the largest state actor of spying in cyberspace, the U.S. is worthy of the name of the ’empire of hackers.’ The sky is the limit with the U.S. when it comes to spying,” said Chinese Foreign Ministry spokesperson Geng Shuang.”

China’s counter-charges have struck a chord with Western writers, even from the right of centre, disturbed at the way the US is whipping up fears of electronic eavesdropping as a crude device to block the use of Huawei components by Western providers.
“Huawei, which vigorously rejects any links to the Chinese state, is hardly alone in arousing suspicions about possible links to foreign governments and fears of eavesdropping.” writes the UK’s right-wing Daily Telegraph [1], reporting on news that Swiss cryptography company AG has been widely used by Western Intelligence Agencies to spy on countries throughout the world.
Published on Xinhua, Feb 17, 2020
______________________________________________
Facts have proven once again that the United States is the largest state actor of spying in cyberspace, Chinese Foreign Ministry spokesperson Geng Shuang said Monday, urging the United States to clarify to the international community on relevant affairs [2].

Reports have emerged that from the Cold War into the 2000s, the U.S. intelligence used the Swiss company Crypto AG’s encoding devices to spy on other countries while pocketing millions of dollars.

The company sold the devices to foreign governments and companies, and the machines were encrypted but the U.S. intelligence had rigged the devices so they could crack the codes and intercept thousands of messages from more than 120 governments worldwide, according to reports.

Geng told an online press briefing that the U.S. government and relevant departments have conducted large-scale, organized and indiscriminate cyber theft, surveillance and espionage on foreign governments, businesses and individuals, which is “a fact already well-known to all.”

It is a tawdry trick that the United States, on the one hand, has been collecting nearly 5 billion mobile phone call records across the globe every day, spying over German Chancellor Angela Merkel’s cell phone for more than 10 years, controlling more than 3 million computers in China every year, and implanting Trojan Horse in more than 3,600 websites in China, and on the other hand, enjoys playing victim of cyber attack, just like a thief crying “stop thief,” said Geng.

The U.S. hypocrisy on the issue of cybersecurity could not be clearer, the spokesman said, stressing that the U.S. has no honor and credibility to speak of in front of other countries.

“Facts have proven once again that as the largest state actor of spying in cyberspace, the U.S. is worthy of the name of the ’empire of hackers.’ The sky is the limit with the U.S. when it comes to spying,” said Geng.

The spokesman called on the United States to clarify the issue to the international community, noting that an explanation concerning the WikiLeaks and Snowden incidents is still owed.

Crypto AG, the CIA – and the uncomfortable truth about Huawei

2) The full statement by Gang Shuang:

China says US is an ‘EMPIRE OF HACKERS,’ mocks cyber-accusations in wake of Crypto AG scandal