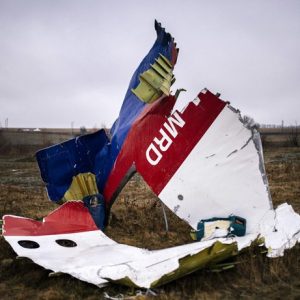 A picture taken on November 10, 2014, shows parts of the Malaysia Airlines Flight MH17 at the crash site near the village of Hrabove (Grabovo), some 80 kms east of Donetsk. The Netherlands was set to hold on November 10 an emotional ceremony for the victims of the MH17 flight shot down on July 17 over the separatist-held eastern Ukraine in July in a tragedy that brought the conflict in the ex-Soviet state to the international fore. AFP PHOTO / DIMITAR DILKOFF