The United States and Georgia have started a two-week military exercise in the southern Caucasus Republic on Monday. For Russia the presence of US troops a few kilometres from its border is a provocation, just as a US promise of the NATO membership to Georgia. Some 600 US and Georgian soldiers are participating in the exercise, for which the US redeployed the whole motor brigade and 14 M2 Bradley IFV tanks from its base in Bulgaria.

“That’s a big step within the framework of training and cooperation of our armies,” Brigadier General Mark Loeben, director of the United States European Command Centre for Military Exercises the, said to the journalists.

With US backing Georgia strives for years for the membership in the Western military alliance NATO. However, this is strongly opposed by Russia. Russia considers the US international pretensions to be regarded as controlling power, immediately at its own doorstep, as a threat to national security. As recently as in 2008 the Russian army had to intervene into the conflict, forced by weeks of repressive behaviour of Georgian military against national minorities. Russia also supports political independence of the breakaway regions of Abkhazia and South Ossetia, which led to conflicts with the Georgian government in Tbilisi.

Since then the bilateral relations, given increasingly closer ties of Tbilisi with NATO and the recent experience in Ukraine, are tense in the South Caucasus.

The joint manoeuvres take place around the Vaziani military base near Tbilisi, which had long been a Russian airbase.

The Georgian Defence Minister Tina Khidascheli obviously soothingly told that Georgia is “not forearming for a war against anybody,” adding, “This is directed against no one. We are preparing for peace. That is also the reason why we need a strong Georgian army.”

Russia, which in response to numerous exercises of NATO in Europe and recently in the Baltic will hold its own naval manoeuvres with China, has so far not commented on the NATO exercises in Georgia. 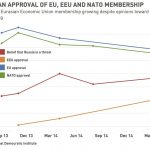 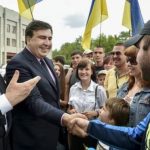