Secretary of State Kerry met with dissident State Department “diplomats” to hear their call for U.S. airstrikes on Syrian government troops, but the plan is both dangerous and illegal, writes Marjorie Cohn. 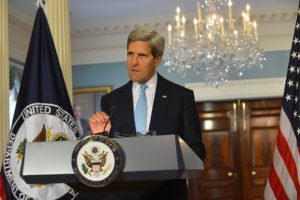 In an internal “dissent channel cable,” 51 State Department officers called for “targeted military strikes” against the government of Bashar al-Assad in Syria, a proposal that President Barack Obama has thus far resisted. However, were he to accept the cable’s advice, he would risk a dangerous – possibly catastrophic – confrontation with Russia. And, such a use of military force in Syria would violate U.S. and international law.

While the cable decries “the Russian and Iranian governments’ cynical and destabilizing deployment of significant military power to bolster the Assad regime,” the cable calls for the United States to protect and empower “the moderate Syrian opposition,” seeking to overthrow the Syrian government.

The dissent cable advocates what it calls “the judicious use of stand-off and air weapons,” which, the signatories write, “would undergird and drive a more focused and hardnosed US-led diplomatic process.”

Inside Syria, both the United States and Russia are battling the Islamic State (also known as ISIS) as ISIS and other jihadist groups seek to overthrow the Assad government. But while the U.S. is supporting rebel forces (including some fighting ISIS and some fighting Assad), Russia is backing Assad (and waging a broader fight against “terrorists,” including Al Qaeda’s Nusra Front). Reuters reports the U.S. has about 300 special operations forces in Syria for its “counter-terrorism mission against Islamic State militants but is not targeting the Assad government.”

The policy outlined in the dissent cable would change that balance, by having the U.S. military bomb Syrian soldiers who have been at the forefront of the fight against both ISIS and Nusra. But that policy shift “would lead to a war with Russia, would kill greater numbers of civilians, would sunder the Geneva peace process, and would result in greater gains for the radical Sunni ‘rebels’ who are the principal opponents of the Assad regime,” analyst James Carden wrote at Consortiumnews.com.

Journalist Robert Parry added that the authors of the cable came from the State Department’s “den of armchair warriors possessed of imperial delusions,” looking toward a Hillary Clinton administration which will likely pursue “no-fly-zones” and “safe zones” leading to more slaughter in Syria and risking a confrontation with Russia.

As we should have learned from the “no-fly zone” that preceded the Libyan “regime change” that the U.S. government engineered in 2011, a similar strategy in Syria would create a vacuum in which ISIS and Al Qaeda’s Nusra Front would flourish.

The strategy set forth in the cable would also violate both U.S. and international law.

Under the War Powers Resolution (WPR), the President can introduce U.S. troops into hostilities, or into situations “where imminent involvement in hostilities is clearly indicated by the circumstances,” only (1) after a Congressional declaration of war, (2) with “specific statutory authorization,” or (3) in “a national emergency created by attack upon the United States, its territories or possessions, or its armed forces.”

None of three conditions that would allow the president to use military force in Syria is present at this time. First, Congress has not declared war. Second, neither the 2001 Authorization for the Use of Military Force (AUMF), which George W. Bush used to invade Afghanistan, nor the 2002 AUMF, which Bush used to invade Iraq would provide a legal basis for an attack on Syria at the present time. Third, there has been no attack on the United States or U.S. armed forces. Thus, an armed attack on Syria would violate the WPR.

Even if a military attack on Syria did not run afoul of the WPR, it would violate the United Nations Charter, a treaty the U.S. has ratified, making it part of U.S. law under the Constitution’s Supremacy Clause. Article 2(4) of the Charter says that states “shall refrain in their international relations from the threat or use of force against the territorial integrity or political independence of any state.”

The Charter only allows a military attack on another country in the case of self-defense or when the Security Council authorizes it; neither has occurred in this case. Assad’s government has not attacked the United States, and the Council has not approved military strikes on Syria.

Indeed, Security Council Resolution 2254, to which the cable refers, nowhere authorizes the use of military force, and ends with the words, “[The Security Council] decides to remain actively seized of the matter.” This means that the Council has not delegated the power to attack Syria to any entity other than itself.

If the U.S. were to mount an armed attack on Syria, the Charter would give Assad a valid self-defense claim, and Russia could legally assist Assad in collective self-defense under Article 51 of the Charter. Moreover, forcible “regime change” would violate Article 1 of the International Covenant on Civil and Political Rights, which the U.S. has also ratified.

Although it’s true that the “dissent” cable eschews the use of U.S. “ground forces,” its recommendation that the U.S. should bomb Assad’s government would involve U.S. military personnel who would fly the bombers or fire off the missiles. And, such an operation would invariably necessitate at least a limited number of U.S. support troops on the ground.

Many commentators have warned of dangers from a U.S. military attack on Syria, risks that are either ignored or breezily dismissed by the “dissent” cable.

Journalist James Foley shortly before he was executed by an Islamic State operative, known as Jihadi John.

Jean Aziz cautions in Al-Monitor, “the recommendation of military strikes against the Syrian government – no matter how well intentioned – is, in the end, escalatory, and would likely result in more war, killing, refugees, less humanitarian aid reaching civilians, the empowerment of jihadis and so on.”

The United States is already empowering jihadis, “going out of its way to protect the interests of al-Qaeda’s closest and most powerful ally in Syria, Ahrar al-Sham,” Gareth Porter wrote in Truthout. Porter reported that Ahrar al-Sham, which works closely with the Nusra Front, “is believed to be the largest military force seeking to overthrow the Assad regime in Syria, with at least 15,000 troops.”

So, in seeking Assad’s ouster, the U.S. has terrorist bedfellows. So much for the “global war on terror.”

As CIA Director John Brennan recently told the Senate Intelligence Committee, “Our efforts have not reduced [Islamic State’s] terrorism capability and global reach,” adding, “The branch in Libya is probably the most developed and the most dangerous.”

No wonder President Obama told Fox News “the worst mistake” of his presidency was not planning for the aftermath of U.S. regime change in Libya, although he stubbornly maintains that ousting President Muammar Gaddafi was “the right thing to do.”

The Center for Citizen Initiatives, a group of U.S. citizens currently on a delegation to Russia in order to increase understanding and reduce international tension and conflict, issued a statement in strong opposition to the “dissent” cable. Retired Col. Ann Wright, anti-war activist Kathy Kelly and former CIA analyst Ray McGovern are part of the group.

“It is not the right of the USA or any other foreign country to determine who should lead the Syrian government,” the statement says. “That decision should be made by the Syrian people.”

The statement urges the State Department “to seek non-military solutions in conformity with the UN Charter and international law.” It also urges the Obama administration to “stop funding and supplying weapons to armed ‘rebels’ in violation of international law and end the policy of forced ‘regime change’.” Finally, the statement calls for “an urgent nation-wide public debate on the U.S. policy of ‘regime change’.”

This is sage advice in light of the disasters created by the U.S. government’s forcible regime change in Iraq and Libya, which destabilized those countries, facilitating the rise of ISIS and other terrorist groups. There is no reason to believe the situation in Syria would be any different.

Instead of saber-rattling against Assad, Russia and Iran, the Obama administration should include them all in pursuing diplomacy toward a political, non-military settlement to the Syrian crisis.

Marjorie Cohn is professor emerita at Thomas Jefferson School of Law, former president of the National Lawyers Guild, and deputy secretary general of the International Association of Democratic Lawyers. A member of the national advisory board of Veterans for Peace, Cohn’s latest book is Drones and Targeted Killing: Legal, Moral, and Geopolitical Issues. Visit her website at http://marjoriecohn.com/ and follow her on Twitter at @marjoriecohn. 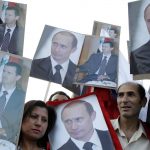 The three key areas of disagreement between Moscow and DamascusMultipolarity 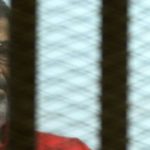