The following two, short videos have been produced by videographer Artem Grishanov, with Ukrainian viewers in mind. They contrast the pro-war propaganda images of the war in eastern Ukraine with the grim reality of the war on the ground faced by Ukrainian soldiers and the civilians and the self-defense fighters they are ordered to kill. The videos are an appeal to Ukrainians to act against the civil war fomented by the governing regime in Kyiv. 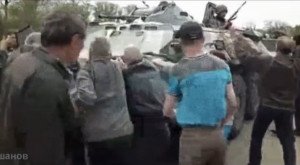 Civilians in eastern Ukraine stop Ukrainian tank in the early months of 2014, image from video by Artem Grishanov

Many of the less-than-heroic Ukrainian military figures who are depicted in the videos are the ideological fanatics of the right-wing and neo-Nazi militias that are fighting alongside the Ukrainian army.

Warning: Both videos contain disturbing images of the people on both sides who have been killed and maimed by the war in eastern Ukraine.

2. ‘We all went crazy’ video by Artem Grishanov, five minutes, original in Russian, with English sub-titles, 670,000 viewers on YouTube 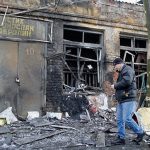 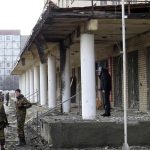