ANKARA–Cumhuriyet editor-in-chief Can Dündar and Ankara bureau chief Erdem Gül, who were arrested on Nov. 26 for their report on weapons-filled Turkish intelligence trucks bound for Syria in early 2014, have applied to the Constitutional Court for release.

Dündar and Gül made personal applications to the top court to demand their release, on the grounds that their pre-trial arrest is against the constitution. They also recalled in their application that their lawyers have so far been unable to examine their files due to the lower court’s “limitation” decision.

The application also cited the July 8 decision of the European Court of Human Rights (EHCR) that found Turkey guilty of violating freedom of speech and the right to a free trial in the prosecution of journalists Ahmet Sik and Nedim Sener, who were jailed as part of the controversial OdaTV case. Both Sik and Sener spent more than a year in prison while awaiting trial before the publication of Sik’s book, titled “The Imam’s Army,” which focused on the organization of U.S.-based Islamic scholar Fethullah Gülen’s followers within the police and the judiciary. They were eventually freed on March 12, 2012.

In two separate ECHR rulings for both Sik and Sener, Turkey was found guilty of violating Article 5-3 of the European Convention of Human Rights on the “length and reasonableness of pre-trial,” Article 5-4 on “procedural guarantees of review,” and Article 10 on “freedom of expression.”

Meanwhile, several supporters have continued to sit in front of Silivri Prison, where Dündar and Gül are being held, in protest at their arrests. 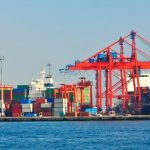 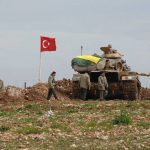