ISTANBUL – President Recep Tayyip Erdoğan has attracted opprobrium once more after controversially claiming that women who prefer not to have children or manage their households are “deficient,” regardless of their successes in the area of business.

Main opposition Republican People’s Party (CHP) Ankara deputy Gülsün Bilgehan addressed three questions to the new minister of family and social planning, asking whether the ministry has any plans to prevent discrimination against women with no children following the president’s words.

“Doesn’t it contradict social gender equality, which is central to many projects led by your ministry, to describe women as ‘deficient’ or ‘lacking’ due to their gender or personal choices?” Bilgehan said, adding that the statement was also troubling as there are thousands of women who are physically unable to bear children.

“A society is deficient so long as its women are not a part of life, not on the streets but locked up in homes. We, as women, have never obeyed Tayyip Erdoğan’s mentality and we never will,” Yüksekdağ said.

“Women will not surrender to this rhetoric; they will respond through legal means and demonstrations,” said Dr. Gülsüm Kav, the general representative of the We Will Stop Femicides Platform, which is set to hold a protest in front of Galatasaray High School on İstiklal Avenue late on June 6 against the president’s statements.

The coordinator of Istanbul Women and Women’s Establishments Association (İKAD-DER), lawyer Nazan Moroğlu, called on the president to read the Convention on the Elimination of All Forms of Discrimination against Women (CEDAW), which Turkey ratified in December 1985.

“If he only read the convention once, he would pay attention to discriminate against women based on their marital status, based on religion as to whether they are Muslim or not, and on whether they are mothers or not,” Moroğlu said, underlining that women would defend their vested rights “until the end.”

The secretary general of Turkey’s Confederation of Progressive Trade Unions (DİSK), Arzu Çerkezoğlu, also reacted to the president’s remarks, saying Erdoğan was extending an “invitation to fight” to women.

“With this rhetoric, [they are] trying to entrap women in a two-dimensional understanding. The first one is using women as cheap labor by exploiting their work and debasing women as second-class citizens and human beings. The second is to guarantee future cheap labor by [making women] give birth more,” Çerkezoğlu said, also criticizing the Women and Democracy Association (KADEM), where Erdoğan delivered his controversial speech, for being the site of “misogynist remarks.”

In his disputed speech at KADEM’s opening ceremony in Istanbul on June 5, Erdoğan argued that a woman who abstained from maternity out of a desire to work was “deficient” and “in denial of her womanhood.”

“Ideas that isolate women from the nature of their creation, from their social and biological realities are not defending women’s rights; to the contrary, they deprive women of their freedom and isolate them,” Erdoğan said. “One would not be achieving justice when equating gold with iron,” referring to women’s birth-giving as what makes her “golden.”

“A woman who abstains from maternity by saying ‘I am working’ means that she is actually denying her femininity. This is my sincere thought. A woman who refuses maternity and gives up housekeeping faces the threats of losing her freedom. She is lacking and is a half [a person] no matter how successful she is in the business world,” he added.

“In conclusion, I absolutely do not accept business life as an alternative to motherhood,” Erdoğan said.

It was the second time in a week that Erdoğan had sparked outrage with socially conservative remarks, having previously railed against the use birth control by Muslim families.

“I am saying this clearly, we will increase our posterity and reproduce generations. As for population planning or birth control, no Muslim family can engage in such a mentality. We will follow the road that my God and dear Prophet [Muhammad] say,” the president said in an address to the foundation of the Service for Youth and Education Foundation of Turkey (TÜRGEV), which is controlled by his son Bilal Erdoğan, on May 30.

The operation initiated by the Manbij Military Council to liberate the strategically important city Manbij from the Islamic State (IS) continues in its sixth day.

It has been reported that Manbij Military Council forces dealt IS a heavy blow this morning at around 4am local time. According to the ANHA News Agency forces, following heavy clashes, took the road between Manbij and Jarablus, cutting off the jihadist groups ‘gateway to Europe’ through Turkey.

Manbij is on the north-south axis between Jarablus, a town on the border with Turkey and controlled by IS militants, and Raqqa, the Islamic State group’s self proclaimed capital in Syria.

Manbij Military Council, which is formed of Arabs, Kurds, Circassians and Turkmen is made up of the Syrian Democratic Forces, Euphrates Martyrs Brigade, Jund al-Haramayn Brigade, the Manbij Turkmen Brigade and other forces.

Several villages and hundreds of villagers have so far been liberated in the region. The operation to liberate Manbij has been renamed after iconic Kurdish Commander Faisal Abu Layla, who was wounded in the operation and died yesterday. 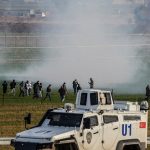 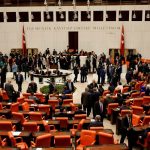