ISTANBUL – The police raided the house of Peoples’ Democratic Party (HDP) co-chair Figen Yüksekdağ in Istanbul on June 15, reportedly as a part of an operation against the outlawed Marxist-Leninist Communist Party (MLKP). Yüksekdağ is the former head of the Socialist Party of the Oppressed (ESP), which allegedly has links to the outlawed organization, as the HDP claimed the operation was against the ESP.

Several ESP members and directors were detained in the operation, which was carried out in nine Istanbul districts.

“They are throwing a bullet at the head of the CHP [main opposition Republican People’s Party] and raiding the co-chair of the HDP. This is what politics in Turkey has been made into,” she added, referring to CHP leader Kemal Kılıçdaroğlu, who had a bullet thrown at him during the funeral of a soldier who was killed in an attack by the Kurdistan Freedom Hawks (TAK), a group linked to the outlawed Kurdistan Workers’ Party (PKK), in Istanbul’s Vezneciler neighborhood.

The ESP announced its support for the HDP in the Nov. 1, 2015, general elections, in which the latter gained 59 seats in parliament.

“All of our components are a source of power for the HDP. They think that they can intimidate us by killings and arrests, but we became stronger each time,” Yüksekdağ also said.

Meanwhile, a statement on the raid was released from the HDP, which said that new lawlessness was being carried out against the party each day.

“The government and the [Presidential] Palace, which makes the jurisdiction conduct operations on their orders every day, continue unlawfulness in all areas. The house of our co-chair was unlawfully raided early on today. The raid was carried out despite the fact that it was known that the house was Yüksekdağ’s,” the statement read, while adding that the party did not accept this “indifference” and condemned it.

“The government in Turkey doesn’t act in accordance with any universal and democratic law principle,” the statement added.

Saying that an investigation against the ones who gave the orders for the raid should be launched, the HDP also sent a message to the other opposition parties.

“They should know that the same practices will be applied to them when the time comes,” the statement read.

The HDP also said that the Presidential Palace, an apparent reference to President Recep Tayyip Erdoğan, has been trying to push the party out of the democratic political area via targeting the party, its administrators, lawmakers and components.

An operation was carried out in the Istanbul districts of Sultangazi, Arnavutköy, Beyoğlu, Güngören, Başakşehir, Kartal, Eyüp, Maltepe and Üsküdar on 24 different addresses. A police helicopter also gave aerial support to the operation. 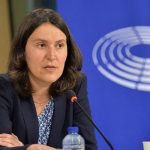 No EU visa-free travel for Turkey if rule of law is undermined, say European parliamentariansTurkey / Türkiye 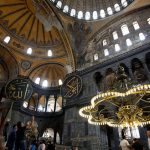 The battle for Haghia Sophia in Istanbul escalatesTurkey / Türkiye