Afrin, one of the three cantons of Rojava, strives to provide refuge to its population despite the blockade by Turkey and its allies.

One of the most telling signs of Turkey’s involvement in the Syrian civil war is the Bukulmez outpost at Reyhanli. The view from the outpost’s tower illustrates graphically Ankara’s position in the uprising against the Syrian regime. Eyes that were tasked to monitor the border from the tower were blind to breaches of the border at an illegal crossing point in front of the outpost that was the main supply line for the rebels in Syria. This meant that outpost didn’t carry out its true duties.

Now under international pressure, Turkey has been erecting a wall along the border. Concrete T-walls are going up — not on the border line, but on the Turkish side of the border opposite Syria’s Atme town.

Those who cannot cross to Turkey are building houses that are therefore on the Turkish side; where they are settling down is not Syria but Turkish land. Concrete walls begin following the border proper when they reach Afrin.

Afrin is one of three cantons the Kurds have declared in the area they call Rojava (Syrian Kurdistan). Afrin has been besieged by Turkey since 2012 when the Democratic Union Party (PYD) declared autonomy. The Turkey-Syria border that had been a free-for-all since 2011 became impassable when Turkey decided to put pressure on the PYD.

Ankara had told PYD officials that the siege will continue until they give up the pursuit of autonomy and join the war against the regime of Syrian President Bashar al-Assad. When groups such as the Free Syrian Army (FSA), Jabhat al-Nusra, Ahrar al-Sham and Nureddin Zengi Brigade clash with Rojava’s defense force and the People’s Protection Units (YPG) at Shadadi and Serekaniye, it has become a tradition to take revenge against Afrin either by attacking it or tightening the blockade.

Zelal Ceger, an official of the Democratic Society Movement (Tev-Dem) in Rojava and Kongre Star, a women’s activist group, told Al-Monitor in regard to Turkey’s border policy, “Earlier we used the Bab al-Salam gate to cross to Turkey. Now not a single Kurd can cross through this gate. They are not allowed by the gangs in Azaz and by Turkish officials. Those who try to cross illegally to Reyhanli, Islahiye and Kilis often come under fire by Turkish soldiers. Many people have died like this.”

How does life go on in this blockaded area? How is security provided and how do they crack the blockade?

Afrin, with its seven towns and 360 villages, had a population of about 400,000 before the crisis. When clashes broke out, an estimated 300,000 Afrin residents who had earlier moved to Aleppo and other parts of Syria returned to their birthplaces. In 2013, Kurds who escaped from Raqqa, Manbij, al-Bab and Jarablus after those areas were taken over by the Islamic State (IS) also sought refuge in Afrin.

According to Huseyin Goran, the Rojava coordinator of the International Middle East Peace Research Center, about 316,000 Kurdish, Arab and Turkmen refugees have come to Afrin from Damascus, Aleppo, Hama, Homs, Azaz and Raqqa. Most of them have moved in with their relatives in towns and villages. Only about 3,000 of them are living in the Ribar refugee camp, which was set up last year. Their basic needs such as food, medicines and hygiene supplies are met. In recent weeks, because of IS attacks against Azaz and Sheikh Isa, 14,000-15,000 new refugees have come, mostly Arabs. Some of these people crossed over to Turkey, some went to Idlib and the rest remain in Afrin.

Tev-Dem’s Ceger said that before Turkey launched its anti-Kurdistan Workers Party (PKK) operations in July 2015, Turkey’s pro-Kurdish Peoples’ Democratic Party twice arranged for humanitarian relief to Afrin. A third convoy was seized by Jabhat al-Nusra. Assistance sent by the Turkish Red Crescent in February was totally inadequate. Turkish nongovernmental organizations Humanitarian Relief Foundation and Spring also dispatched one convoy each. There has been no other national or international relief sent to Afrin. Doctors Without Borders and similar organizations that operate in opposition-controlled areas have not responded positively to calls for them to come to Afrin.

Ceger thinks the blockade and attacks are meant to intimidate people, saying, “They [Turkish officials] close the roads whenever they want. Sometimes they attack. All this is to force us to give up. Last year we had mass migration from Afrin because of this intimidation campaign; about 10,000 people left. We gathered the people and told them that this was a conspiracy. They stopped leaving. It was a mistake to evacuate Kobani in 2014 when IS came. We didn’t want to repeat it at Afrin.”

The blockade weighs heavily on daily life. Supplies and food brought in by traders cost far above normal. Fuel and food prices especially have reached very high levels. Opposition groups have cut power lines from Tishrin Dam, so people must produce electricity with generators. Life and production have become dependent on diesel fuel.

Arab traders pay bribes to many armed groups so they can reach Afrin. Diesel fuel sold in 200-liter (53-gallon) barrels that used to cost 2,000 Syrian pounds (about $9) now cost 50,000 Syrian pounds ($227). Don’t even ask about the price of flour and sugar. Afrin’s economy is dependent on the sale of olives, olive oil and fruits. The grain it produces is not enough for local consumption, and wheat and flour have to be brought in. A 50-kilogram (110-pound) sack of wheat increased in price from 200-250 Syrian pounds to 7,000 pounds. The canton is subsidizing some items, as it buys flour from traders at 7,000 pounds and sells it to people for 4,000 pounds. Afrin consumes 115 tons of flour daily.

Because of the blockade, revenue from olives and olive oil has diminished. Arab traders buy these commodities from producers at rock-bottom prices and smuggle them — labeled as Arab olives — to Turkey through the Bab al-Salam crossing. Afrin olives also reach Iraq, somehow.

As for the refugees, their rents also have shot up. Places that used to rent for 5,000-10,000 pounds now go for 15,000-50,000 pounds. This is in part because well-to-do families from Aleppo moved to luxury housing in Afrin, regarding it as a safe zone.

Although some medicine is in short supply, medical institutions that have experienced doctors are able to cope with it. Actually, a well-equipped hospital built three years ago now attracts patients from places such as Idlib.

A new flow of refugees from IS-controlled areas is increasing security concerns. Ceger said, “We had security concerns about Arabs coming from elsewhere. Our local Arabs are an integral part of the canton administration. They are represented in the legislative assembly with eight deputies out of 101 total, and in the executive council. Our ministers of agriculture and transportation are Arabs. We are taking some measures about those coming from IS-held areas. Our Ministry of Interior issues them three-month residency permits subject to renewal. But until now we haven’t had security problems. The asayish [local police force] is in control.”

Because of its location on the Aleppo-Idlib corridor, Afrin has always been a target for the FSA and its allies. With the creation of the YPG and the Women’s Protection Units (YPJ), Afrin’s defenses were reinforced. Ceger said Afrin’s hilly terrain helps protect the city as well. “The YPG and YPJ have no problems defending Afrin,” he said.

Although canton officials are secretive about the number of fighters they field in the YPG and the YPJ, it is estimated that 20,000-25,000 people are actively involved in defending Afrin. With a law passed last year, a system called in Kurdish Erka Xwe Parastini (Special Defense Duty) was set up to conscript youths for nine months of military service. In addition, tens of thousands of men and women between the ages of 18 and 50 were given military training. After the disaster experienced by Yazidi women at Shengal, female volunteers especially asked for weapons training.

In the areas surrounding Afrin are outfits such as Jabhat al-Nusra, Ahrar al-Sham and Nureddin Zengi Brigade. Jabhat al-Nusra, which is especially strong in Idlib, hit Afrin villages from its position at Saman Fortress. In addition to threats from Turkey-backed groups, IS is now near the Azaz-Marea line, putting Afrin within its range. Two villages that are most threatened by IS are Kastel Cindo and Gitme, both Yazidi.

Blockade is cracked but …

The blockade eased somewhat in February when the SDF, formed under the YPG’s leadership, captured the Minnigh air base and advanced as far as Tel Rifaat. There have been other enhancements to the Kurds’ defensive capacity. Although the Kurds do not say it openly, there are reports that the Russian army is providing weapons and ammunition to Afrin. Another development that eased life in Afrin but is not talked about openly was the Syrian army’s breaking up of the blockade around the Shiite towns of Zehra and Nubbul. With a corridor opened there, the people of Afrin can now reach Aleppo.

But Ceger noted a problem with this corridor. “It is possible to use this road, but there are risks. Young people can’t go to Aleppo because they are detained and forced to join the army. Likewise, canton officials risk arrests. Such practices increased especially after the declaration of the Rojava-Northern Syria Democratic Federation. Also it is not easy to transport cargo from Aleppo via Zehra and Nubbul, as bribes need to be paid at the checkpoints. Passenger buses also pay bribes,” he said.

Afrin also is pressured by attacks from Turkey. When the SDF began to expand its territory toward Azaz and Tel Rifaat, Turkish army artillery fire killed five people.

Behind Turkey’s uncompromising attitude is the fear of a Kurdish corridor emerging. To the people of Afrin, linking Kobani with Afrin is of utmost importance. In this regard, Ceger said, “The corridor is vital for us. Linking Afrin and Kobani means completing the Rojava-Northern Syrian Democratic Federation. We don’t look at this corridor as ‘completing Kurdistan.’ We have Arabs and Turkmens in this region. Our goal is not to unite Kurdish zones but to build a democratic Syria with a federative system. We have no goal of dividing up Syria.”

The Afrin region has supported the PKK and all Kurdish political movements including the PYD since the 1980s; its people are truly politicized.

In short, Afrin owes its resilience against the blockade to its defensible topography, a high level of political participation among its citizens and fertile soil that will not let them die of hunger. 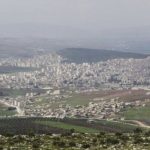 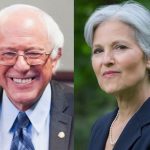