State forces have started to attack Şırnak’s central Dicle neighborhood after laying a siege around it early this morning.

ŞIRNAK, eastern Turkey – State forces have started to attack Şırnak’s central Dicle neighborhood after laying a siege around it early this morning. A similar onslaught by soldiers in Şırnak town centre on 18 August, 1992 left 58 civilians dead according to official figures, but as many as 150, according to the people. 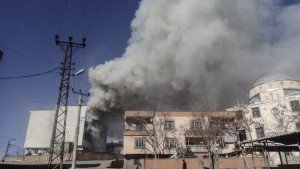 The neighborhood of Dicle, which houses thousands of people, is under a heavy fire and bombardment by state forces, which has already left hundreds of houses damaged.

Residents of the neighborhood were caught in bombardment while in their sleep as the attack started in the very early hours of the morning. “If this attack had been launched during the day, hundreds of people on the streets would have died”, they say.

Strikes by state forces on the neighborhood also targeted the houses of civilians Nesibe Yetik, Nebahat Ayan, Elif Ayan, İbrahim Ay, Kaze Güngen and Cafer Erin, who all likened today’s attack to that of 1992’s August.

‘We are where words fail’

Elif Ayan said the attacks began at around 6 am in the morning while they were sleeping, which caused a shock and fear for the household, especially children. She said; “The state which launches such an attack on thousands of people cannot talk about fraternity. Unfortunately, we are where words fail. It is not bearable any more.”

‘The state cannot resolve this question’

Another resident Nebahat Ayan said they have miraculously survived this morning’s attack as they had no chance to escape, and underlined that these genocidal attacks by the state will never intimidate them. “We want a resolution but it is becoming clear that the state cannot come up with one”, she added.

Nesibe Yetik described the attack with heavy arms as savagery, saying that dozens of women, children and civilians would have died if the aggression had started during the day rather than very early in the morning when everyone was sleeping home.

Yetik said their house has been hit by countless bullets and cannon balls, and is greatly damaged now.

‘We will never bow to atrocity’

İbrahim Ay said his house, in which he lives together with his children and grandchildren, was targeted with fire by heavy arms without any warning, and got damaged largely. Condemning this atrocity by the state, Ay said; “They are attacking our houses, children and women. Yet, we will never bow to them.”

Showing the pots and pans used by the people in noise-making protests, another resident Kaze Güngen said; “These are the only arms we have, with which we resist tanks and cannon balls. We will keep the struggle going and will not ever surrender.”

Addressing to the AKP government, Güngen said; “You say there is terror here. Where is it? If there is a terror or atrocity in question, it is the one committed by your side.”

‘We survived thanks to trenches and barricades’

‘Until one single person is left’

Güngen said they will resist until one single person is left alive, stressing that she herself will defend her neighborhood with her two children even if there is nobody left there. “I will never leave the land of Şırnak and I will fight to the last drop of blood. Everyone else should resist and protect the barricades and neighborhoods.”

Cafer Erin, a witness of August 1992’s massacre, said there is no difference between the two aggression, while today’s is even much heavier. He told the followings; “During those days, state forces laid a siege on Şırnak and attacked the city for three days, which resulted in a number of casualties. However, this recent aggression by the AKP government is much heavier and more blatant. Even during the 90’s didn’t the state target women and children so openly and directly. Today’s aggression was meant for a massacre but it has failed.”

‘A big massacre would have occurred but for the trenches’

Read also:
HDP MP Sarıyıldız calls on European MPs to show solidarity with Kurds, ANF News, Dec 26, 2015
HDP deputy for the town of Şırnak in the Turkish parliament, Faysal Sarıyıldız, has written a letter addressed to parliamentarians of the European Union member states and other countries regarding the AKP government’s genocidal policies in North Kurdistan [southeaster Turkey).

Popular resistance against the siege and onslaught by Turkish forces continues in Amed’s Sur district in its 24th day, AFN News, Dec 25, 2015

Full text: Popular resistance against the siege and onslaught by Turkish forces continues in Amed’s Sur district in its 24th day. Since last night, clashes have intensified in Savas, Hasirli and Kursunlu neighborhoods which also remain under a heavy and uninterrupted artillery fire by state forces.

Bombardments by state forces have greatly devastated the district and left many houses demolished. Places of worship are among the places targeted and shelled by Turkish forces, including Haci Hamit Mosque close to the Foor Footed Minaret. The minaret of the mosque has been riddled with bullets.

The local people in the district are trying to continue their life despite the heavy bombardments and clashes. People have run out of basic foodstuff and baking bread to meet their needs. 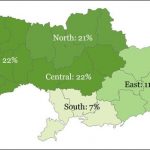