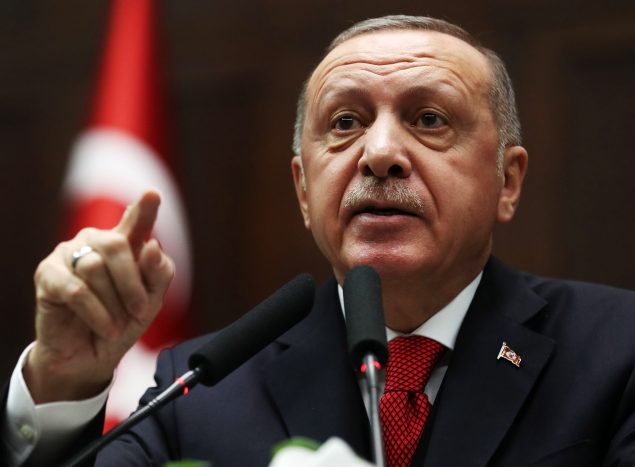 Turkey will never recognise what U.S. President Donald Trump calls “the deal of the century,” as it aims for the annexation of occupied Palestinian territories, Erdoğan said.

Trump’s plan unveiled on Tuesday envisions an independent Palestinian state under near-complete Israeli security control. The plan allows Israel to immediately annex virtually all its settlements in the occupied West Bank, which are viewed as illegal by the Palestinians and most of the international community.

“Leaving Jerusalem entirely in Israel’s bloody claws will be the greatest evil for all humanity,” Anadolu Agency quoted Erdoğan as saying.

The president also blasted some Arab countries for backing the U.S. plan, condemning it as “treason.”

“Saudi Arabia mostly, you are silent. When will you speak up?” Erdoğan said. “The same goes to Oman, Bahrain, and the Abu Dhabi leadership,” he said, targeting the three Arab countries that attended the White House gathering where the plan was announced.

Erdoğan later talked on the phone with Palestinian President Mahmoud Abbas, who called Trump’s Middle East peace plan the “slap of the century”.

Trump said on Tuesday that Jerusalem would remain Israel’s undivided capital, but that a future Palestinian state would also have a capital in eastern Jerusalem.

Palestinians reject any peace settlement that would not see a Palestinian capital in all of East Jerusalem, which includes the walled Old City and numerous sites holy to Muslims, Jews and Christians.

Rival Palestinian factions unite against US ‘deal of century’ 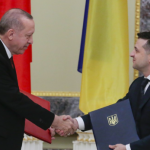 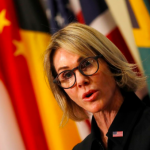