Former Turkish Prime Minister Ahmet Davutoglu officially introduced his breakaway Future party to the public on Friday with a passionate speech on the need to establish a new democratic order in Turkey based on equal rights and freedoms.

He also used the news conference to unveil his party’s symbol, a palm tree leaf, which was a common icon of the late Ottoman era.

“Bearing in mind our country’s historic experience and its current structure, we defend a democratic parliamentary system, cleansed from every type of tutelage,” Davutoglu said.

Turkey switched from a political system more heavily directed by parliament to one with greater emphasis on the presidency following a controversial 2017 referendum supported by Turkish President Recep Tayyip Erdogan and his AKP.

“The current system has led to serious inefficiency and a trust problem, along with a sharp fall in our democratic standards,” Davutoglu said.

Even though he raised some public criticism about the changes, Davutoglu himself voted for the amendments in the parliament as an AKP MP in the name of “party discipline”.

Individuals associated with the Future party (Gelecek Partisi in Turkish) filed the official application to set up the party on Thursday.

Other than former AKP MPs and bureaucrats, the Future party’s 154 founders include members of the Greek, Armenian and Assyrian communities, as well as Islamists and liberal economists.

Its founders include Etyen Mahcupyan, an Armenian-Turkish citizen who is a prominent liberal writer and journalist; liberal Islamist writer Hakan Albayrak; and liberal economists Ibrahim Turhan and Kerim Rota. More than 30 percent of the founders are women.

Davutoglu, in an unexpected move, promised he would support initiatives to establish a public education system that would see classes taught in local languages and not just Turkish, a Kurdish rights demands.

He also committed his party to finding a way to grant full rights to the Alevi minority, a religious group that has its own temples and rituals.

While the conference room in Ankara was full to capacity, almost all of the Turkish news channels, except briefly Haberturk TV and Haber Global, avoided the event in their live coverage.

Erdogan and Davutoglu found themselves in a heated public debate earlier this month over the fate of Istanbul-based private Sehir University, which is totally paralysed after its accounts were frozen over a debt dispute with a public lender.

Erdogan accused Davutoglu and his associates of inappropriately granting public land to Sehir while associated with the former prime minister. Sehir University officials told Middle East Eye that they suspect politics played a role in the crackdown against them.

In an attempt to prevent the emergence of a rival party, reports said Erdogan sent a delegation of former AKP officials to Davutoglu last week to convince him not establish his own political movement. Davutoglu refused the offer.

There are questions over whether Davutoglu’s new party can be a successful initiative.

A poll carried out between 20-26 October shows that only 74 percent of AKP voters, representing 27 percent of the overall Turkish population, said they were “loyal” to Erdogan, meaning the remainder could be convinced by another leader or party.

Another poll seen by MEE, conducted by an advisory company based in Turkey between 2-9 November among 2,535 people, indicated that a party founded by Davutoglu could get six percent of the national vote. Meanwhile, 11 percent of respondents said they would decide what to do once the party is established.

However some believe Davutoglu’s rhetoric on freedoms and rights fail to impress the wider constituency because he isn’t offering anything particularly novel.

“There is nothing groundbreaking about the Future Party,” said Can Selcuki, general manager of Istanbul Economy Research. “Everyone, including Erdogan, talks about democracy and human rights. Other than his strong message about Kurdish education, I don’t see anything new.”

Selcuki believes none of the party’s founders will appeal to voters.

“Based on our research I can tell you that there are 15-20 percent of Turkish voters who look for an alternative. Would it be Davutoglu’s party, or main opposition party CHP that would grab them? We don’t know yet,” he said.

“Now it would be important see what Davutoglu does when he needs to take a position in forthcoming political events to lure people to his party. For example, what would he do if Turkey conducts another military operation, let’s say in Syria?”

There is some talk in Turkey over a Davutoglu tilt for the presidency in 2023, but Selcuki said it is still far too early to speak about the potential for AKP votes to emigrate from Erdogan and deny him an outright win in the first round.

Davutoglu and his allies resigned from the AKP last September, pre-empting the outcome of the official expulsion process started by the party’s executive committee against them.

The former premier said that since the release of a manifesto in April, his faction had tried to voice criticism from within the party on the failings of government policies with regard to corruption, democratic rights and freedoms. 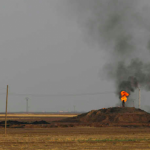 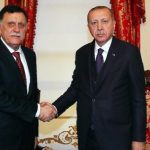