By New Cold War
Posted April 22, 2016
In Turkey / Türkiye
Turkey’s attack on teachers: Appeal by international academics2016-04-222016-04-22https://newcoldwar.org/wp-content/uploads/2020/05/2020-NCW-Logo-New.pngNew Cold War: Know Betterhttps://newcoldwar.org/wp-content/uploads/2020/05/2020-NCW-Logo-New.png200px200px
We write to express our dismay at the deterioration of freedoms of expression, association, and personal security faced by our colleagues in Turkish universities and the media.University professors Esra Mungan, Muzaffer Kaya, and Kıvanç Ersoy were arrested on charges of spreading “terrorist propaganda” because they signed a petition condemning the Turkish government’s security operations in cities of the southeast, owing to the disastrous impact on the Kurdish civilian population. Made public at an Istanbul news conference on January 11, the petition also called for the government to prepare the conditions for negotiations and create a road map that would lead to a lasting peace which includes the demands of the Kurdish political will.

For signing the petition, at least thirty-eight academics have been dismissed and twenty-nine suspended by their universities. An Istanbul prosecutor is investigating all academics who signed the petition. Those who have been arrested could face up to five years’ imprisonment.

While we forcefully condemn the suicide bombings of civilians that have recently plagued Turkey, we insist that it is unwise to silence any critique of the government’s dealings with its Kurdish population when the general security situation in the country is deteriorating.

Before the Gezi Park protests of 2013, the ruling AK Party had initiated a peace process with Kurds, and Turkey had an opportunity to become a more pluralist, tolerant, open, and vibrant society. As social scientists and theorists in different fields, we followed these developments closely, but now we observe the near-collapse of a constitutional multiparty democracy and the move toward authoritarian presidentialism, the emergence of government by plebiscites and decrees, the squashing of the opposition, and the silencing of civil society institutions. None of these developments is necessary. Turkey still has strong and exemplary parliamentary, judicial, scientific, and civic institutions that can navigate this period of multiple crises.

We call upon the Turkish government and judicial authorities to suspend all charges against academics who signed the petition, and we ask that individuals who have lost their academic positions be reinstated with due process.

We encourage the AK Party and its representatives to return to the spirit of uzlasma (reconciliation) with Turkey’s Kurdish citizens who are in search of an acceptable resolution to a conflict that is growing all the more dangerous because of the instability on Turkey’s borders and the Middle East region. 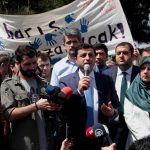 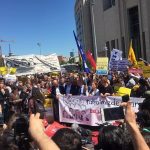