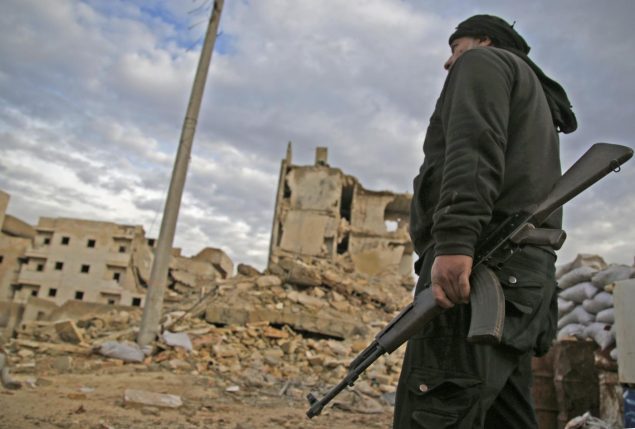 ‘If today Libya becomes like Syria, then the turn will come for the other countries in the region,’ – Mevlut Cavusoglu, Turkey’s foreign minister

Turkey’s foreign minister has warned that the situation in Libya risks further deteriorating and could become the next Syria, as he sought to speed up legislation to allow Ankara to send troops to support the UN-backed administration in Tripoli.

The Tripoli-based Government of National Accord (GNA) has been struggling to fend off an offensive by forces loyal to eastern commander Khalifa Haftar, backed by the United Arab Emirates (UAE) and Egypt and also supported by fighters and mercenaries from Sudan and Russia.

Haftar, a one-time CIA asset who served under former Libyan leader Muammar Gaddafi, launched a military operation on the capital Tripoli in early April, and in recent weeks has made sizeable gains, largely due to the presence of foreign mercenaries and drones shipped by the UAE.

The Chinese-made drones have given Haftar “local air superiority” over the GNA, as they can cover the whole of the North African country and can carry more than eight times the weight of explosives than the drones in the possession of their rivals, a United Nations report said in November.

“If today Libya becomes like Syria, then the turn will come for the other countries in the region,” Turkey’s Foreign Minister Mevlut Cavusoglu said on Saturday at a meeting of the ruling AK Party.

“We need to do whatever is needed to prevent Libya from being divided and slide into chaos, and that is what we are doing. It is the legitimate government there that we deal with,” he said, stressing the importance of the military and security deal signed with the UN-recognised Libyan administration.

Reuters news agency reported that Cavusoglu would meet with three Turkish opposition party leaders on Monday and the government is expected to discuss the motion within the coming week.

Erdogan justified the planned troop deployment saying Haftar’s forces were being backed by the Wagner group, a Russian security company.

“They are helping a warlord. We are responding to an invitation from the legitimate government of Libya,” Erdogan said. “That is our difference.”

The Wagner Group is a Kremlin-backed private military contractor that has also been involved in the Syrian civil war, where Moscow backs President Bashar al-Assad against rebel forces.

The military contractor is also believed to be active in Sudan and the Central African Republic, where it reportedly serves as President Faustin-Archange Touadera’s personal security detail.

On Sunday, the GNA denied reports that Syrian fighters had already been deployed by Turkey.

It claimed the recordings, which show a number of men in military fatigues beside a fence, were fakes and were actually shot in the Syrian province of Idlib.

It added that they were a propaganda effort by media channels loyal to Haftar to play down their victories in the city.

Middle East Eye could not independently verify the footage.

Sources have told MEE that Turkey has already reached out to several Syrian rebel groups about the deployment, with the Sultan Murad Division, Suqour al-Sham Brigades and Faylaq al-Sham among the armed groups to be sent to Libya.