Interview with John Helmer, Moscow-based writer and publisher of the website Dances With Bears, broadcast on The Real News Network, July 31, 2016

The following interview is based on the article of July 26, 2016 by John Helmer published on his website ‘Dances With Bears’ and titled ‘The new Byzantine alliance: The Kremlin and the Porte revolutionize the center of the world‘. (‘Porte’ is a metonym for the central government of the former Ottoman Empire in Istanbul.)

Introduction by The Real News Network: 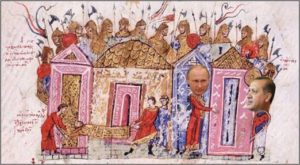 Image of Turkey-Russia, by John Helmer

A possible new alliance between Russia and Turkey must be unsettling for the U.S. and for NATO. The presidents of Russia and Turkey have agreed to meet in St. Petersburg on August 9 to repair relations at a time when tensions between Turkey and NATO are increasing.

The other day, U.S. General Curtis Scaparotti, who is the Supreme Allied Commander in Europe, said,  “We will watch closely how the relationship develops, and I would be concerned if they were departing from the values that are the bedrock of the Washington treaty,” meaning NATO, “the rule of law.”

The budding Russia-Turkey alliance represents an important development because until now, Turkey has always been a steadfast member of NATO. However, following the July 15 coup attempt in Turkey, President Erdogan and his allied politicians have suggested that the U.S. might have been involved in the coup attempt. That is hard to verify at this time. Meanwhile, Secretary of State John Kerry has criticized Erdogan’s post-coup crackdown, which has led to over 1,000 arrests of officers, tens of thousands of dismissals of government employees, and the shutdown of over 130 media outlets.

Now that Russia and Turkey might become allies, it could signal an important geopolitical shift in the region if Russia succeeds in peeling away Turkey from NATO. It would change the regional dynamics of the war in Syria, and of course, geopolitics altogether. With us to discuss this development is John Helmer. John is the longest continuous serving foreign correspondent in Russia and the only Western journalist to conduct his own bureau independent of single national or commercial ties. An American who has served in Jimmy Carter’s White House and then as an adviser to Greek Prime Minister Andreas Papandreou, he publishes his own widely-syndicated website, Dances With Bears. He joins us today from Moscow.

Watch or listen to the interview, or read the transcript, by clicking on the weblink above or the screen below. 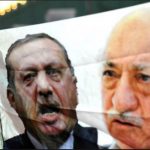 The AKP, the Army and the Gulen movement in Turkey: Anatomy of the failed coupTurkey / Türkiye 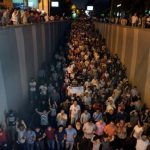 Probing the wave of unrest in ArmeniaTurkey / Türkiye