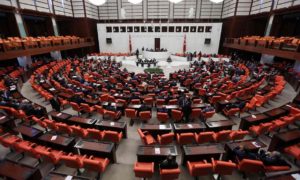 Turkey’s parliament has approved a bill declaring a state of emergency in the wake of last weekend’s coup attempt and informed the Council of Europe of a partial withdrawal from the European convention on human rights.

Turkey will be required to provide regular updates to the secretary general of the Council of Europe on the measures taken under the state of emergency, according to the terms of the treaty.

Turkey initially said it had informed the Council of Europe that it would suspend the convention entirely, a more wide-ranging measure likely to have drawn criticism from allies.

“Turkey will derogate the European convention on human rights insofar as it does not conflict with its international obligations,” the deputy prime minister, Numan Kurtulmuş, was quoted as saying by the state-run Anadolu news agency, in a corrected statement.

The three-month state of emergency, approved by parliament on Thursday by 346 votes to 115, will allow the government to rule by decree, passing bills that have the force of law unless they are overturned by parliament, where the majority of MPs belong to the ruling Justice and Development party.

Turkish officials insisted the lives and freedoms of citizens would not be affected, and that western powers such as France had recently taken similar measures. But concerns have mounted among both opponents and allies that the move will further consolidate President Recep Tayyip Erdoğan’s power.

Kurtulmuş said Turkey would take the step “just like France has done” under article 15 of the convention, which allows signatory states to derogate certain rights, including freedom of movement, expression and association, during times of war or a major public emergency.

The article stipulates that measures must be strictly proportionate and not discriminate against people based on ethnicity, religion or social group.

Mehmet Şimşek, another deputy prime minister, defended the state of emergency at a roundtable for foreign journalists, insisting the government would only to use it to go after coup plotters and to “cleanse” the bureaucracy, judiciary and military of accomplices.

“We are not making up these stories, this is not the Jason Bourne trilogy, this is real,” he said. “We cannot sit and pretend nothing happened. We have to act and will stay within the rule of law.”

Still, he said that the provisions of the state of emergency law, which date from the 1980s, were outdated and draconian and would not be fully implemented.

“We need a fast-track mandate to deal with these remnants [of the coup attempt],” he said, adding that the government had to work first on eliminating the risk of future instability and then focus on due process.

The government is currently drafting a legal framework that will determine how it goes after alleged perpetrators, including possibly extending detention times as it sifts through those caught up in a crackdown of monumental scale.

A purge of state institutions has seen thousands of people detained, suspended or fired from their jobs over alleged links to the Hizmet movement of Fethullah Gülen, a US-based exiled cleric accused by Erdoğan of masterminding the coup attempt.

More than 9,000 people have been detained or arrested in connection with the coup, including 2,000 judges and prosecutors and nearly 7,000 soldiers. Thousands of teachers and academic staff have been suspended, although Turkey has over 3 million civil servants and more than 4 million public sector employees.

The Council of Europe, which is based in Strasbourg and oversees the European convention on human rights, confirmed that Turkey had formally notified the organisation’s secretary general that it was declaring a state of emergency under article 15 of the treaty.

In doing so Turkey is using existing provisions within the convention as France has recently done in response to the wave of terrorism it has faced. That formal move is therefore unlikely of itself to provoke a storm of international protest.

Human rights groups, however, will be watching closely how Erdoğan interprets the legal freedoms he believes he has gained. Turkey, along with Russia, is one of the countries most frequently found by the European court of human rights to have violated the convention.

A spokesman for the Council of Europe told the Guardian: “What’s important is that Turkey has to keep the secretary general of the council informed of developments during the state of emergency. Strictly speaking, they have to inform us what parts of the convention will be affected.”

Can Dündar, the editor of the opposition newspaper Cumhuriyet, said the emergency state meant Turkey now had “an oppressive regime where the law and liberties will be suspended, press will be censored, and the parliament eliminated”.

Germany’s foreign minister, Frank-Walter Steinmeier, urged the Turkish government to maintain both the rule of law and a sense of proportion in its response to the coup attempt.

“Only provable involvement in illegal acts, not suspected political leanings, should trigger governmental action,” Steinmeier said. “It’s also critical that the declaration of emergency be the truly necessary length of time, and to end the measure as quickly as possible.”

Tanks and fighter jets commandeered by elite military troops rolled out into the streets of Ankara and Istanbul during the attempted putsch. More than 200 people were killed and thousands were wounded in the violence and Erdoğan narrowly escaped being detained at the holiday resort of Marmaris.

The government said it had arrested another soldier involved in the Marmaris raid, which occurred 20 minutes after Erdoğan had left the residence.

The Turkish leader has been accused of increasing authoritarianism in recent years, appointing loyalists to the bureaucracy, closing or prosecuting opposition media outlets and failing to crack down on corruption.

‘After reading a few detailed reports on the failed coup plot in Turkey, especially the informative analysis by Metin Gurcan [Why Turkey’s coup didn’t stand a chance, Al-Monitor, July 17, 2016], I have reached a conclusion that instead of a serious attempt at overthrowing the government, the coup plot actually was a large-scale mutiny within the ranks of the Turkish armed forces. Moreover, although Erdogan is blaming the Gulenists out of malice, but my opinion is that the coup was attempted by the Kemalist liberals against the Islamist government of Turkey…’ 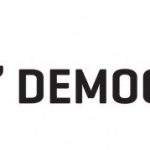 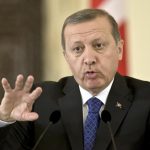