By Hasan Cemal, commentary published in Turkish on T24.com, July 16, 2016, translated to English by Kurdish Question

The military coup collapsed, was quashed, and this is a very good thing.

What about the Erdogan coup? It becomes more ingrained as each day passes! 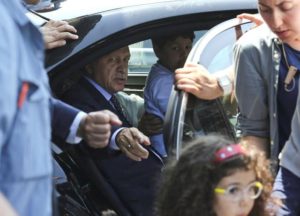 July 15, in Erdogan’s own words, became a gift from Allah. Because it strengthened his hand. Because of July 15, he is now eliminating his opposition at a greater pace. This is what I think.

I lived through coups that came with the sound of military tanks many times. And now I am living through a civil coup that came through ‘the ballot box’. And this is Erdogan’s coup.

Some are saying: “July 15 is Erdogan’s ‘Reichstag fire’.” In 1933, the German parliament was burned to the ground in one night. Hitler, who had come to power through the ballot box said, “The communists burned down the Reichstag!” and using this, inflicted the final blow to put in place his dictatorship.

Communists hadn’t burned down the Reichstag. Hitler himself had done it.

Some people are making an analogy between this incident and the bombs thrown on the Turkish parliament. I don’t believe this claim to be true. I don’t give any credence to Erdogan being behind July 15. But one thing is clear. Just like the Reichstag fire benefitted Hitler, it seems July 15 is benefitting Erdogan. This is the objective result of the coup attempt.

So what kind of a coup attempt is July 15? Is it pro-Parallel [Gülenist] state? Is it pro-American? It is pro-Atatürk? It is ultra-nationalist? Or is it mixed, a little of that and a little of this?

What difference does it make? Whatever it is, will it make the Erdogan coup any less of a coup? Will it change the Erdogan coup’s nature, which is against democracy, rule of law and freedom? No.

So then? Remember this: Being against July 15 by itself cannot be the criteria for being a democrat. The Justice Minister told us.

Six thousand people have been detained in two days and the number is expected to rise. According to the state news agency Anadalou, there is a warrant to detain 2745 judges and prosecutors.

110 judges and prosecutors have been detained in Istanbul. Five Internet sites (now 7, plus 2 TV channels), including Ruşen Çakır’s Medyascope, Karşı Gazete, Rota Haber, Gazete Port and ABC have been shut down. The Prime Minister took this decision, which is a coup against freedom to get information.

Another note about 15 July: I supported the people who came onto the streets against the coup following Erdogan’s call. But I did not accept and condemned the demonstrations that turned into the lynching of soldiers in some places.

Once again: Being against July 15 by itself is not a sufficient criteria to be a democrat.

So, the matter is a military coup and the Erdogan coup… never forget this issue! Because until this matter is resolved the path to democratisation cannot be opened. 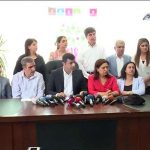 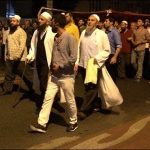 Who prevented the coup in Turkey and who hit the streets?Turkey / Türkiye