Russia lays a mine under Erdogan. Moscow intends to normalize relations with the Kurds and Turkish opposition. 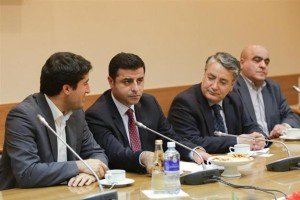 The Minister of Foreign Affairs of Russia, Sergey Lavrov, may meet with Selahattin Demirtash, the leader of the pro-Kurdish the People’s Democratic Party of Turkey, during Demirtash’s visit to Moscow, reports RIA Novosti, citing sources in the Russian Foreign Ministry.

Demirtash and a party delegation will arrive in Moscow on Tuesday for a five-day visit. He has expressed a desire to meet with Lavrov.

The People’s Democratic Party (HDP) is a serious political force in Turkey. In the parliamentary election of June 2015, the party received 13 per cent of the vote. It received 11 per cent in the snap election called last month by Turkish President Recep Erdogan. The minimum threshold to win seats in the Turkeish legislature is ten per cent. The main difference between the party of Demirtash and the others is that it openly supports the Kurdish people and their fight for political self-determination and it sharply opposes President Erdogan. 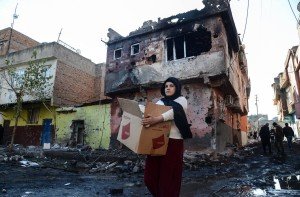 Of particular importance is that the planned meeting between Lavrov and Demirtash will take place amid a sharp deterioration in Turkey’s domestic situation. In the southeastern provinces, predominantly populated by Kurds, there is currently fighting between the Kurdish militias and the Turkish army. Data on casualties from both sides vary, but we are talking about dozens of dead and wounded at minimum. On December 20, there were street battles in Istanbul between police and thousands of protesters demanding an end to the military operation. We can safely say that the internal political situation in Turkey is heating up, and not in favor of Erdogan.

Moscow is presently holding all the cards in relations between the two countries. Dialogue with the current political leadership of Turkey is impossible. Ankara still has not apologized for the downed Su-24 and is only trying to intimidate Moscow. The recent statement of Turkish Foreign Minister Mevlut Chavushoglu that in case of a military conflict, Russia will be taken in seven days, cannot be classified as friendly.

Meanwhile Russia consistently emphasizes that it considers the Turks a friendly nation. Indeed, Erdogan and his party are not the whole country. The U.S. routinely uses internal contradictions in other countries to achieve regime change. Maybe the time has come for Russia to act in a similar vein?

The head of the Russian Society of Friendship and Business Cooperation with Arab countries, Vyacheslav Matuzov, believes, however, that Moscow is not yet ready to actively impact the domestic political situation in Turkey:

“The attitude by Russia towards the Kurdish liberation movement has always been positive. This is a normal situation, when our diplomats meet with their representatives.

“In my opinion, Russia is actively involved in the formation of opposition groups in Syria. The Kurds of Turkey are connected to the Kurds in Syria. Our country is just establishing working contacts with the Kurds, and this is positive. 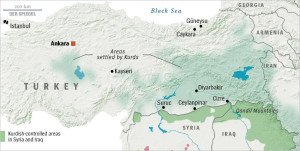 Map of Turkey and its Kurdish populations

“At a recent conference in Riyadh, the Kurds were ignored under pressure from Turkey; meanwhile Russia seeks to win them a role in the Syrian and Iraqi settlement.

“The U.S. has sent 50 special operations troops to the areas controlled by the Syrian Kurds. The Americans have long taken into account the Kurdish factor.”

Svobodnaya Pressa: Talking of Turkish Kurds, maybe Russia should try to support the opposition to Erdogan?

“The Kurdish movement of Turkey is actively engaged in Syria. The Kurdish Workers Party (PKK), which is based in Turkey, effectively controls Syria’s northern areas. We have the right to maintain contact with the Kurds.”

SP: Isn’t this like Obama meeting with the Russian political opposition in Moscow?

“I see such a dialogue not as a jab against the Turkish authorities but as support for the Syrian opposition. Russian foreign policy is distinguished for a serious approach to solving international and regional problems, we won’t waste our time on taking shots at the Turkish government.”

The Director of the Center for the Study of Middle East and Central Asia, Semen Bagdasarov, believes that dialogue with Turkish opposition is essential:

“The People’s Democratic Party is not just a pro-Kurdish party, but it is also left-wing. It has 59 seats in parliament and is quite a strong opposition party to Erdogan. By supporting this party, we support the aspirations of the Turkish people to improve the life of not only the Kurds but of all Turks. In my opinion, this is absolutely right.”

“There is also the major opposition Republican People’s Party led by Kemal Kilichdaroglu. It is also necessary to talk to him. There is also the far-right Party of Nationalist Revival, the so-called Grey Wolves, but a dialogue with them is impossible.

“Yes, we need to meet with the leaders of the People’s Democratic Party and the Republican People’s Party. By the way, Kilichdaroglu and Demirtash both come from the Zazas peole [of eastern Turkey] and have long been in the opposition.

SP: Is the establishment of relations with Moscow by the Turkish opposition related to the beginning of clashes with Kurds in Turkey?

“There are not just ‘clashes’ in Turkey, it is a civil war. Demirtash warned a few months ago that the country is on the verge of civil war, now it has begun. This follows the statements of Erdogan and Prime Minister Davutoglu that ‘the liberation of the territories from bandits has begun’. In fact, we are talking about ethnic cleansing, thousands of people are now fleeing from their towns and villages. The PKK has declared that the war has begun.

“Naturally, we stand against ethnic cleansing, and we will refer to the United Nations a condemnation. By the way, the ethnic sweeps are being conducted right along the border with Syria.

SP: What help can Russia provide to the opposition in Turkey?

“We need to meet, talk, provide all kinds of support. First of all, we must help the Syrian Kurds who are associated more with the PKK. Between the PKK and the People’s Democratic Party there is a significant difference. The People’s Democratic Party is in favor of a peaceful solution to the Kurd issue and the PKK is open to the use of force if necessary. In any case, Turkey should brace itself.

SP: Can Russia help the opposition to unseat Erdogan?

“Erdogan cannot be easily unseated, this is not a serious thought. He, apparently, is there for the long haul, although anything can happen. But we can still support the PKK, it will be a serious headache for Erdogan, Davutoglu and all their clique.”

Demirtash is a very promising politician, says a leading researcher of the Center for Asian and African Studies of the Higher School of Economics, Alexey Obraztsov. “He was a successful lawyer, but at some point decided to go first into the human rights movement and then into politics. Of course, he created a miracle. Until recently, it was impossible to imagine that a party that did not hide it was a wing of the PKK [sic] would make it into the parliament. The first time it was elected into the parliament with fantastic numbers [June 2015]. The second time, the party still passed the threshold of winnig seats in parliament, despite enormous pressure. Demirtash can expect a bright political future, providing, of course, he is able to survive in the current situation.

“Russia doesn’t aim to assist opposition forces to gather. They have gathered themselves long ago and established ties. If we set aside the far-right Party of Nationalist Revival, the People’s Democratic Party and the Republican People’s Party certainly are in touch.

“In fact, why shouldn’t Lavrov meet with Demirtash? Turkey positions itself as a European state. It is normal for leaders of parliamentary parties to meet with political and diplomatic representatives of other countries.

SP: But the meeting will be held amid a troubled background.

“A lot of money has been invested in the regions. A ceasefire was signed with the PKK, even. Overall, this was not pacification but a long truce that was established. But Erdogan has now destroyed it.”

SP: – How can we use the current situation?

“For now, as our president has said, political dialogue with the Turkish leadership is impossible. Thus, practical results from the proposed meeting of Demirtash with Lavrov are possible. Turkey should be occupied with internal problems, of which there are many. If these problems intensify, then the Turkish government will have something to deal with besides geopolitical games. By the way, now we see the reluctance of Erdogan to deal with internal problems instead of the external.”

The head of the International Union of Kurdish Public Associations, Merab Shamoev, says that the Kurds around the world today place high hopes on Russia. “Russia has launched an air operation in Syria and the situation in this country has changed. Russia is a permanent member of the UN Security Council. Despite the attempts to isolate Russia, it remains a great power.

“The Kurds of Iraq, Syria, Turkey and Iran look up to Russia with great hope. Moreover, the Kurds do not stress the issue of secession, they advocate for autonomy, federal or confederate structure of the states, that is, in the framework of international law.

“The Kurds need Russia and have always talked about that. Demirtash comes to Moscow and this speaks volumes. Europe and America are far away and Russia is close. The Kurds and Russians have many common interests. They are struggling against terrorism and have interest in maintaining the principles of international law.” 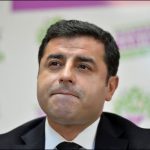 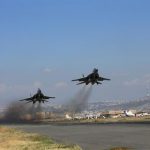