By Scott Ritter, 11 April 2018. Scott Ritter of the American Conservative lends his voice to the many who questioned the evidence for April’s US, French and UK military attack on Syria.

Originally published by the American Conservative

On Sunday, President Trump announced his intention to make those responsible for an alleged chemical weapons attack on Douma, including the Syrian government and its Russian and Iranian allies, pay a “big price” for their continued disregard for international law. The next day U.S. Ambassador to the United Nations Nikki Haley declared that “The United States is determined to see the monster who dropped chemical weapons on the Syrian people held to account.”

President Trump reinforced his call for action on Monday, noting that the United States would not sit back in the face of the alleged use of chemical weapons by Syria. “It will be met, and it will be met forcefully,” the president said, adding that those responsible for the attack will be held accountable, whether it was Syria, Russia, Iran or “all of them together.” Trump noted that a decision to use military force would be made “over the next 24 to 48 hours.”

The pronouncements of imminent military action by the United States are not made in a vacuum. Russia, which has considerable military forces deployed inside Syria, including advanced military aircraft and anti-aircraft missile batteries, has rejected the allegations of chemical weapons use by Syria as a “fabrication,” and promised that any attack on Syria would result in “serious repercussions.” Russian forces inside Syria have reportedly been placed on “full alert” as American naval vessels capable of launching cruise missiles have arrived off the Syrian coast.

The United States and Russia appear to be heading toward a direct military confrontation that, depending on the level of force used and the number, if any, casualties incurred by either side, carries with it the risk of a broader conflict. While Russian (and Syrian) claims of innocence regarding the alleged chemical weapons attack cannot be accepted at face value, the fact that the United States has not backed up its own claims with anything other than a recitation of accusations made by rebel groups opposed to the regime of Bashar al-Assad is problematic insofar as it shows a rush to judgement on matters of war. Given the potentially devastating consequences of any U.S.-Russian military clash over Syria, it would be better for all parties involved to wait for a full and thorough investigation of the alleged attack before any final decision on the use of force in response is made.

There are two versions of what happened in Douma, a suburb of Damascus home to between 80,000 and 150,000 people. The one relied upon by the United States is provided by rebel forces opposed to Syrian President Bashar al-Assad. According to the Violations Documentation Center (VDC), a non-profit organization comprised of various Syrian opposition groups funded by the Asfari Foundation and George Soros’ Open Societies Foundation, at approximately 12 p.m. the Syrian Air Force attacked the vicinity of the Saada Bakery using munitions believed to contain “poisonous gas.” The VDC cited eyewitness accounts from members of the Syrian Civil Defense, or “White Helmets,” who described the smell of chlorine and the presence of numerous bodies assessed to have succumbed from gas sourced to a Syrian “rocket.” Later, at 7 p.m., a second air strike struck an area near Martyr’s Square, again using munitions assessed by eyewitnesses to contain “poisonous gas.” Doctors from the Syrian American Medical Society (SAMS) described symptoms that indicated that a nerve agent had been used. Images of victims in the locations allegedly attacked were released by a rebel-affiliated social media entity known as the “Douma Revolution” and the “White Helmets.”

Douma is part of a larger district known as Eastern Ghouta which has, since 2012, been under the control of various militant organizations opposed to the regime of Syrian President Bashar al-Assad. In early February 2018, the Syrian Army, supported by the Russian Air Force, began operations to recapture the Eastern Ghouta district. The joint Syrian-Russian offensive was as brutal as it was effective—by March, Eastern Ghouta had been split into three pockets of resistance at a cost of more than 1,600 civilian dead. Two of the pockets capitulated under terms which had the opposition fighters and their families evacuated to rebel-held territory in the northern Syrian province of Idlib. Only Douma held out, where Salafist fighters from the “Army of Islam” (Jaish al-Islam) refused to surrender. On April 5, the situation had deteriorated inside Douma to the point that the rebel defenders had agreed to negotiations that would lead to their evacuation of Douma; the very next day, however, these discussions had broken down, and the Syrian military resumed its offensive. The air attacks described by the VDC occurred on the second day of the resumption of hostilities.

There is a competing narrative, however, provided by the Russian government and those sympathetic to its position. After the breakdown of negotiations between the Douma rebels and the Russian government on April 6, the story goes, the Syrian government offensive to liberate Douma resumed. The Douma rebels, faced with imminent defeat, fabricated the allegations of a chemical attack. Russia had warned of such a provocation back in March 2018, claiming the rebels were working in coordination with the United States to create the conditions for a massive American air attack against Syrian government infrastructure.

Beyond providing a competing narrative, however, Russia has offered to open up Douma to inspectors from the Organization for the Prevention of Chemical Weapons, or OPCW, for a full investigation. This offer was echoed by the Syrian government, which extended an official invitation for the OPCW to come to Douma. On April 10, the OPCW announced that it would be dispatching an inspection team “shortly” to carry out this work. The forensic technical investigatory capabilities of an OPCW inspection team are such that it would be able to detect the presence of any chemical agent used in Douma. While the investigation itself would take days to conduct and weeks to process, its conclusions would, under these circumstances, be conclusive as to the presence of any prohibited substance.

One major drawback to any OPCW investigation is its inability to assess responsibility for the presence of any banned substances detected. In prior investigations inside Syria, the OPCW was able to operate as part of the United Nations Joint Investigative Mechanism (JIM), an entity specifically empowered by Security Council resolution to make such determinations. The mandate of the JIM was not extended, however, after Russia expressed its displeasure over what it deemed to be the inaccurate and politicized findings regarding previous allegations of chemical weapons use by the Syrian government. The United States has submitted a resolution to the Security Council demanding that a new investigatory body be formed that would be able to provide attribution for any chemical weapons attack inside Syria; whether Russia would veto such a resolution or allow it to be passed has yet to be seen.

The bottom line, however, is that the United States is threatening to go to war in Syria over allegations of chemical weapons usage for which no factual evidence has been provided. This act is occurring even as the possibility remains that verifiable forensic investigations would, at a minimum, confirm the presence of chemical weapons (thereby contradicting the Russian claims that no such evidence was detected by its troops), and if the Security Council passes a resolution allowing for a properly mandated investigation team, actual attribution could be assigned.

Moreover, President Trump’s rush to judgment on Syrian guilt is being done in a highly politicized environment, coming as it does on the heels of an FBI raid on the offices of the president’s personal attorney. In times such as this, a president is often attracted by the prospect of “looking presidential” in order to offset personal problems (one only need to look at President Clinton’s decision in August 1998, at the height of the Lewinsky scandal, to launch cruise missile attacks on Afghanistan and Sudan.)

If America is to place its military in harm’s way, it needs to be in support of a cause worthy of the sacrifice being asked of those who serve. Giving the OPCW time to carry out its investigation in Syria would allow a fact-based case to be made whether military force was justified or not, as well as support a determination of whether or not the risks associated with the use of force were warranted. Pulling the trigger void of such information, especially when Trump is distracted by personal political issues, is not something the American people, nor their representatives in Congress, should tolerate.

Scott Ritter is a former Marine Corps intelligence officer who served in the former Soviet Union implementing arms control treaties, in the Persian Gulf during Operation Desert Storm, and in Iraq overseeing the disarmament of WMD. He is the author of Deal of the Century: How Iran Blocked the West’s Road to War. 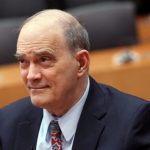