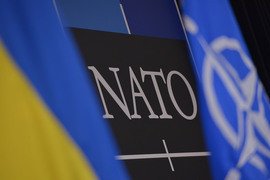 When U.S. President Donald Trump dismisses the NATO alliance as “obsolete”, what he really means is not withdrawing from the military pact but rather offloading running costs onto European nations.

Several times during his election campaign, Trump sounded contemptuous about the 28-member North Atlantic Treaty Organization. His comments about it being “obsolete” raised hopes in certain quarters that the 45th president would scale back American military participation in NATO as part of a wider move to reduce U.S. belligerence.

When Trump gave his inauguration speech on January 20, the thrust of his “America First” theme appeared to be a new focus on building U.S. society and infrastructure, as opposed to squandering resources by intervening militarily around the world as under previous administrations.

Trump’s oft-stated desire to restore friendly relations with Russia also seemed in keeping with his apparently jaundiced view of NATO. The eastward expansion of the military alliance since the 1990s has been a continual provocation to Moscow. When Trump called the pact “obsolete” that suggested willingness for a new U.S.-Russia detente.

Unfortunately, expectations of a more peaceful, less militaristic US administration are rapidly crumbling. Only days ago, President Trump delivered a barnstorming jingoistic speech to the Conservative Political Action Committee in Washington DC in which he declared he would oversee the “biggest military build-up in American history.”

“No-one is ever going to mess with us,” announced Trump to chest-thumping cheers from the audience of “USA! USA!”

This follows Trump’s reported comments to Russian President Vladimir Putin in a phone call earlier this month when he repudiated the ‘New START’ nuclear reduction treaty as a “bad deal” for the U.S., suggesting he would unilaterally walk away from obligations. Such a move is reminiscent of former U.S. President George W Bush unilaterally withdrawing from the Anti-Ballistic Missile treaty in 2002, which has had ongoing destabilizing repercussions for U.S.-Russian relations.

What we are seeing is a lot Trump rhetoric about “making America great again” and not “imposing our way of life on others” being flatly contradicted by ongoing, hard-boiled practice of American militarism as an essential cornerstone of U.S. policy.

The reality is that the U.S. economy is not the claimed rosy paradigm of “free market capitalism”. It is much more a centrally planned, government-subsidized military economy – a form of corporate welfare, rather than private enterprise. And it has been this way since at least the Second World War. The current annual military spending of the U.S. national economy is about $600 billion – about half of total government expenditure. Without this gargantuan taxpayer-subsidized lifeline to the American military-industrial complex, the whole economy would collapse.

Less than two months into his presidency, Trump realizes this fundamental reality of the U.S. economy – if he hadn’t already. That is, it is a military behemoth with an insatiable addiction for public financial fixes to the tune of $600 billion a year. Trump increasingly shows he is a militarist in the same way that all his other predecessors have been. An American president cannot be anything other than that under prevailing conditions of U.S. corporate capitalism.

This gives proper insight into what Trump has meant by his previous chiding of NATO as “obsolete.”

Last week saw the unedifying spectacle of senior Trump administration officials telling European NATO members to “pay up or else”. Speaking in Brussels, Defense Secretary James Mattis warned that America “would no longer protect the children of Europeans” unless their governments lived up to earlier commitments of increasing financial contributions to NATO to a requisite level of two per cent of GDP.

The ultimatum was underscored by Vice President Mike Pence at the subsequent Munich Security Conference when he told European members of NATO that they had “one year” to get their acts together with a plan on how to boost their military spending.

Both Mattis and Pence, by the way, were adamant about President Trump’s “unwavering commitment to NATO”, scotching any earlier speculation about his leeriness toward the pact.

It is also significant that while Trump may have appeared indifferent toward NATO – hinting at one stage, for instance, that the U.S. may not automatically come to the defense of certain allies if they didn’t pay more dues – the practical reality is that the U.S.-led military escalation in Eastern Europe continues apace. In recent weeks, U.S. tanks and troops have poured into Poland and the Baltic states of Lithuania, Latvia, and Estonia. And just this week, the Balkan state of Montenegro said the U.S. Congress is ready to ratify its accession to NATO to become the 29th member – after making outlandish claims of Russian subversion.

Therefore, any notion that Trump’s previous declarations of NATO as “obsolete” might have meant a withdrawal of U.S. militarism from Europe looks foolhardy. What Trump really means is that the post-Second World War financing of NATO is obsolete.

Formed in 1949, the U.S. has traditionally been the financial lynchpin of NATO, constituting about 70 per cent of the total budget. As Trump points out, only five members of NATO – the U.S., Britain, Poland, Estonia and Greece – actually meet the designated target of two per cent of GDP being spent on the military. The EU’s average spending is about 1.5 per cent, with Germany’s defense budget below that at 1.2 per cent.

It is estimated that if all European states hit the NATO target of two per cent of GDP, as demanded by the Americans, then that would result in an extra spend of nearly $100 billion a year. That’s still only about a sixth of what the U.S. allocates. Nevertheless, such a boost in European military spending would substantially feed into the Pentagon, from new orders for F-16 fighter jets, Abrams tanks and accommodating U.S. troops on European soil.

Of course, Trump and other jingoistic Americans would say “about time, too” that the Europeans coughed up if they want to “benefit from U.S. protection.” But that is such a misplaced and conceited view of American “benevolence” toward its allies. NATO is and always has been a vehicle for U.S. military intervention in European affairs, which in turn is all about projecting Washington’s hegemony over Europe, and especially about Russia.

When America talks about “protecting its allies” it has much more sinister resonance with “protection rackets” run by criminal syndicates shaking down neighborhoods. The U.S. economy is in such chronically bad shape – $20 trillion in debt and counting – that its monstrous addiction to militarism is no longer viable for American taxpayers.

What property-dealer-turned-president Trump is doing is getting others to pay for this American addiction. This is what he means by “obsolete NATO.” And that doesn’t bode well for world peace nor for better relations with Russia.

Finian Cunningham (born 1963) has written extensively on international affairs, with articles published in several languages. Originally from Belfast, Ireland, he is a Master’s graduate in Agricultural Chemistry and worked as a scientific editor for the Royal Society of Chemistry, Cambridge, England, before pursuing a career in newspaper journalism. For over 20 years he worked as an editor and writer in major news media organizations, including The Mirror, Irish Times and Independent. Now a freelance journalist based in East Africa, his columns appear on RT, Sputnik, Strategic Culture Foundation and Press TV.

The U.S. government already spends $600 billion dollars a year on its military — more money than the next seven biggest spenders combined, including China and Russia. On Monday, the White House said it would request $54 billion more in military spending for next year. That increase alone is roughly the size of the entire annual military budget of the United Kingdom, the fifth-largest spending country, and it’s more than 80 percent of Russia’s entire military budget in 2015…