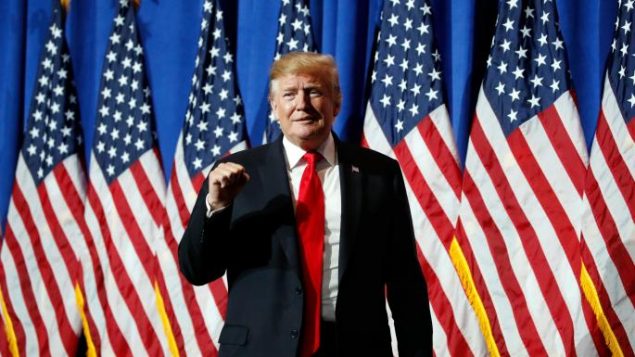 Despite the claims of the Tory party and other supporters of a No Deal Brexit that a new golden age of trade awaits with the US, the Trump administration has just imposed new trade tariffs on British producers.

Despite the claims of the Tory party and other supporters of a No Deal Brexit that a new golden age of trade awaits with the US, the Trump administration has just imposed new trade tariffs on British producers.

This is important for two reasons. It reveals the falsehoods underlying the entire No Deal project. It also sheds light on the global perspective of Trump, and how he aims to address the US economic crisis at the expense of the rest of the world.

The US Treasury has issued a series of new 25% tariffs on UK producers and others in the EU (pdf).  This list is 8 pages long and includes a wide range of goods, from aircraft, to whiskies, to woollens to pipe cutters and many more goods besides.  The tariffs are due to come into effect on October 18.

The tariffs are allowed under the WTO rules (which are themselves skewed towards the US) because it has found that the EU’s Airbus production receives state subsidies.  However, experts suggest that a similar finding will be made against Airbus’s big rival Boeing in a matter of weeks.

Both entities receive state support. In fact, it is inconceivable that any private corporation would undertake the vast investment required for large-scale aircraft production without state financing and subsidies.  Inadvertently, the free market ideologues of both the US and the EU make the case for socialised investment.  In the case of the aircraft makers, the investment would simply not take place without state intervention. Airbus is also partly owned by European governments.

Boeing and Airbus are the two main global rivals for the demand of airlines’ new carriers. They are at each other’s throats for decades, and the cases against each other at the WTO have rumbled on almost as long.  This has taken a new twist with Trump’s aggressive imposition of tariffs on a number of countries (including ‘allies’ in Europe, as well as Canada and Mexico).  There is too the issue of the disastrous roll-out of the Boeing Max 737, which has led to crashes, huge numbers of fatalities, lawsuits and a threat to the company.

The imposition of the tariffs has received very little coverage in the mainly Brexit-supporting press. Tariffs on existing production destroy jobs and raise prices. If they are sustained these sanctions will raise prices for US consumers (and EU tariffs will do the same in the EU) and destroy jobs in the sectors concerned.

The sanctions have a strategic aim and reveal Trump’s approach to the problems of the US economy.

The US economy is slowing – and the Presidential election is now little more than 12 months away. GDP growth in the 3rd quarter slipped to 2.1%, from 3.1% in the 2nd quarter. But the US is also experiencing a long-term slowdown.  As John Ross has shown elsewhere, the medium-term trend in the US economy, removing the effect of business cycles, is towards slower growth.

Therefore Trump has two problems. The immediate issue is to raise the growth rate to a level that gives him a better chance of re-election. The most recent poll shows his approval rating at -16, which is normally far too low for an incumbent to be re-elected. But he also has a strategic task in his role as the representative of the general interests of US big business as a whole.  This is to ensure that the US growth rate can recover over the medium-term, or at the very least that other countries do not continue to gain ground on the US.

That strategic aim, and the country whose advance most threatens US global dominance, explains the aggressive US trade tariffs against China. This is despite the fact that the tariffs are imposed on goods to the US and so raise prices in the US and destroy US jobs, just as economic theory predicts.  Trump’s replacement for the North America Free Trade agreement (NAFTA) is the US-Canada-Mexico Trade Agreement (USMCA) is remarkable similar to NAFTA.  The key change is a series of measures that effectively prevent both Canada and Mexico striking any new deals to improve their trade with China without US approval.

China is clearly the main target of Trump’s trade policy but is certainly not the only target. Taken together, and making no judgement on its likely success, from Trump’s perspective this amounts to an entirely new trade policy for the US in the post-World War II era. Historically the superior productivity of US industry and agriculture meant that it was an advocate for free trade. While there were general benefits, the US would always be the biggest winner.

Trump has turned that outlook on its head. The US slowdown will be addressed by a re-ordering of the global trade system in US interests. Specifically, other countries will be subordinated to the US, providing it with unfair advantages and crimping the growth of non-US industries where they are in direct competition with major US companies.

In this light, the attack on Huawei (which leads on 5G telecoms technology) should be seen as driven by the same policy as the attack on the makers of Airbus (Boeing’s sole global rival).

Airbus had sales of €31 billion the first half of 2019. It employs 136,000 people worldwide, 14,000 of them in the UK, where production of the high value-added wings and part of the engines takes place.

Because of the integration of production across Europe, Airbus has already publicly stated that any Brexit outcome which includes leaving either the Single Market or a customs union would pose the company with enormous challenges, which could require relocation in the EU.

The Trump/Johnson No Deal project does mean leaving both the Single Market and the customs union.  This is also true of the latest Johnson proposal, which means that Britain would leave both.  The major Airbus plant is based in North Wales.

There is clearly an advantage to the US from severely disrupting the production of Boeing’s only global rival. But it should be equally clear that there is no advantage to producers in the UK to accepting such a deal. Unions and business groups here have been right to highlight this.

This country will have to operate under WTO rules if it crashes out without a deal. Under those rules, the trade tariffs are allowed once an unfavourable ruling is made. In fact, there are few other mechanisms available under WTO.  But, until recent years, the US was the by far the largest economy in the world. So, any system allowing bilateral trade tariffs massively favoured the US.  That will still be the case between the UK and the US, with Trump holding all the cards in any negotiations or in any subsequent trade dispute.

At the same time, it is futile to protest that Trump should have targeted other countries instead, if he wants to get a US-UK trade deal.  This is the approach of some business groups in this dispute.

Trump’s aim is firstly to attack Airbus so that it does not gain an insurmountable advantage over Boeing.  But he also rejects any soft-pedalling in his aggressive trade policy, even for ‘allies’.  Outside of the EU’s Single Market and customs union, Britain will have to accept whatever Trump offers.  And what he offers, or at least intends, is a complete restructuring of the global trade system in US interests. 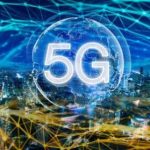 5G cell phone radiation: how the telecom companies are losing the battle to impose 5G against the will of the peopleBackground, Death of democracy, Freedom of Information, Issues 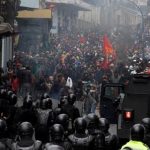 Alert about the ‘State of Exception’ in EcuadorEcuador, Human rights, Indigenous Peoples, Issues, Justice, Latin America and the Caribbean