By Steven Chovanec, published on his website Reports from Underground, May 15, 2017  (also appearing in Consortium News, May 18, 2017)

Back in February, it was quietly reported that the CIA had discontinued its support program to rebels in Syria. A month later, a knowledgeable source from the region disclosed to me that the Trump administration and the Saudi defense minister, Prince Mohammed bin Salman, had agreed during their meetings in mid-March for the Gulf states to re-open supply channels to their rebel proxies.

This was done, the source said, to keep the Syrian government’s army and its allied Russian air force occupied so that the U.S. and its Kurdish allies could continue dividing northern Syria, establishing a zone-of-influence throughout the lands they recapture from the Islamic State.

Concurrent with this was a similar effort in the southeast, where U.S. and Jordanian backed forces have been battling ISIS while attempting to establish control over the border with Iraq. The strategy was to use the fight against ISIS as a pretext for establishing a de-facto occupation of Syrian territory, where in the Kurdish-held regions the U.S. has already established multiple military bases and airfields.

A major motivation behind Russia’s push to establish de-escalation zones, now implemented after a deal was reached with Iran and Turkey, was to free up the Syrian army and Russian air force to launch operations eastward against ISIS and counter the U.S. efforts. 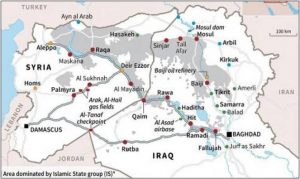 After the agreement came into effect the Syrian army began operations aimed at reaching the Iraqi border at the al-Tanaf crossing along the Damascus-Baghdad highway and to recapture the ISIS-stronghold of Deir Ezzor further north.

Both the U.S. and Syria have voiced intentions of taking Deir Ezzor, which is home to strategic oil resources, yet now because of the de-escalation agreement it is highly improbable that the U.S. will be able to stop Syria and Russia from taking the city… 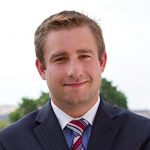