A virulent if familiar censorship is about to descend on the U.S. election campaign. As the cartoon brute, Donald Trump, seems almost certain to win the Republican Party’s nomination, Hillary Clinton is being ordained both as the “women’s candidate” and the champion of American liberalism in its heroic struggle with the Evil One. 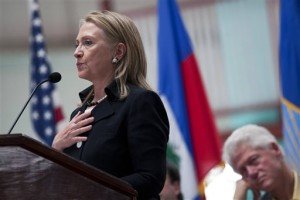 This is drivel, of course; Hillary Clinton leaves a trail of blood and suffering around the world and a clear record of exploitation and greed in her own country. To say so, however, is becoming intolerable in the land of free speech.

The 2008 presidential campaign of Barack Obama should have alerted even the most dewy-eyed. Obama based his “hope” campaign almost entirely on the fact of an African-American aspiring to lead the land of slavery. He was also “anti-war”.

Obama was never anti-war. On the contrary, like all American presidents, he was pro-war. He had voted for George W. Bush’s funding of the slaughter in Iraq and he was planning to escalate the invasion of Afghanistan. In the weeks before he took the presidential oath, he secretly approved an Israeli assault on Gaza, the massacre known as Operation Cast Lead. He promised to close the concentration camp at Guantanamo and did not. He pledged to help make the world “free from nuclear weapons” and did the opposite.

As a new kind of marketing manager for the status quo, the unctuous Obama was an inspired choice. Even at the end of his blood-spattered presidency, with his signature drones spreading infinitely more terror and death around the world than that ignited by jihadists in Paris and Brussels, Obama is fawned on as “cool” (the Guardian).

On March 23, Counterpunch published my article, “A World War has Begun: Break the Silence”. As has been my practice for years, I then syndicated the piece across an international network, including Truthout.com, the liberal American website. Truthout publishes some important journalism, not least Dahr Jamail’s outstanding corporate exposes.

Truthout rejected the piece because, said an editor, it had appeared on Counterpunch and had broken “guidelines”. I replied that this had never been a problem over many years and I knew of no guidelines.

My recalcitrance was then given another meaning. The article was reprieved provided I submitted to a “review” and agreed to changes and deletions made by Truthout‘s “editorial committee”. The result was the softening and censoring of my criticism of Hillary Clinton, and the distancing of her from Trump. The following was cut:

Trump is a media hate figure. That alone should arouse our scepticism. Trump’s views on migration are grotesque, but no more grotesque than David Cameron. It is not Trump who is the Great Deporter from the United States, but the Nobel Peace Prize winner Barack Obama …

The danger to the rest of us is not Trump, but Hillary Clinton. She is no maverick. She embodies the resilience and violence of a system…

As presidential election day draws near, Clinton will be hailed as the first female president, regardless of her crimes and lies – just as Barack Obama was lauded as the first black president and liberals swallowed his nonsense about “hope”.

The “editorial committee” clearly wanted me to water down my argument that Clinton represented a proven extreme danger to the world. Like all censorship, this was unacceptable. Maya Schenwar, who runs Truthout, wrote to me that my unwillingness to submit my work to a “process of revision” meant she had to take it off her “publication docket”. Such is the gatekeeper’s way with words.

At the root of this episode is an enduring unsayable. This is the need, the compulsion, of many liberals in the United States to embrace a leader from within a system that is demonstrably imperial and violent. Like Obama’s “hope”, Clinton’s gender is no more than a suitable facade.

This is an historical urge. In his 1859 essay On Liberty, to which modern liberals seem to pay unflagging homage, John Stuart Mill described the power of empire. “Despotism is a legitimate mode of government in dealing with barbarians,” he wrote, “provided the end be their improvement, and the means justified by actually effecting that end.” The “barbarians” were large sections of humanity of whom “implicit obedience” was required.

“It’s a nice and convenient myth that liberals are the peacemakers and conservatives the warmongers,” wrote the British historian Hywel Williams in 2001, “but the imperialism of the liberal way may be more dangerous because of its open ended nature – its conviction that it represents a superior form of life [while denying its] self righteous fanaticism.” He had in mind a speech by Tony Blair in the aftermath of the 9/11 attacks, in which Blair promised to “reorder this world around us” according to his “moral values”. The carnage of a million dead in Iraq was the result.

Blair’s crimes are not unusual. Since 1945, some 69 countries – more than a third of the membership of the United Nations – have suffered some or all of the following. They have been invaded, their governments overthrown, their popular movements suppressed, their elections subverted and their people bombed. The historian Mark Curtis estimates the death toll in the millions. With the demise of the European empires, this has been the project of the liberal flame carrier, the “exceptional” United States, whose celebrated “progressive” president, John F Kennedy, according to new research, authorised the bombing of Moscow during the Cuban crisis in 1962.

“If we have to use force,” said Madeleine Albright, US secretary of state in the liberal administration of Bill Clinton and today a passionate campaigner for his wife, “it is because we are America. We are the indispensable nation. We stand tall. We see further into the future.”

One of Hillary Clinton’s most searing crimes was the destruction of Libya in 2011. At her urging, and with American logistical support, NATO, launched 9,700 “strike sorties” against Libya, according to its own records, of which more than a third were aimed at civilian targets. They included missiles with uranium warheads. See the photographs of the rubble of Misurata and Sirte, and the mass graves identified by the Red Cross. Read the UNICEF report on the children killed, “most [of them] under the age of ten”.

In Anglo-American scholarship, followed slavishly by the liberal media on both sides of the Atlantic, influential theorists known as “liberal realists” have long taught that liberal imperialists – a term they never use – are the world’s peace brokers and crisis managers, rather than the cause of a crisis. They have taken the humanity out of the study of nations and congealed it with a jargon that serves warmongering power. Laying out whole nations for autopsy, they have identified “failed states” (nations difficult to exploit) and “rogue states” (nations resistant to western dominance).

Whether or not the targeted regime is a democracy or dictatorship is irrelevant. In the Middle East, western liberalism’s collaborators have long been extremist Islamists, lately al-Qaeda, while cynical notions of democracy and human rights serve as rhetorical cover for conquest and mayhem – as in Iraq, Afghanistan, Libya, Syria, Yemen, Haiti, Honduras. See the public record of those good liberals Bill and Hillary Clinton. Theirs is a standard to which Trump can only aspire.


Dear Jeffrey,
I’m writing in response to Counterpunch’s publication of a highly misleading and factually inaccurate article by John Pilger today regarding Truthout and our editor-in-chief Maya Schenwar, “Trump and Clinton: Censoring the Unpalatable“.
The idea that Truthout is stifling criticism of Hillary Clinton holds no water, and this takes very little time to verify – I’ve appended below a few of the many uncompromisingly critical articles we’ve published about her.
John Pilger’s history of excellent journalism is without question. However, the reality of this situation is that each and every writer who submits work to Truthout for publication or republication need to work with our editors, and treat them with some basic professional courtesy. That did not happen in this case.

It has long been Truthout’s policy that for articles to be featured as Truthout originals, they need to either be exclusive content or to be very substantially revised and rewritten versions of content that has appeared elsewhere. This was communicated to John Pilger, and his refusal to acknowledge this or to engage in civil discussion with our editors led to our decision not to republish this piece.

As Pilger states, the article had already been published elsewhere. Calling the decision not to run it again as ‘censorship’ is inaccurate – Truthout makes judgment calls as to what to republish every day, and a decision not to republish an article does not mean we are damning that piece by implication, let alone censoring it. Calling the decision politically-motivated censorship stemming from a desire to protect Hillary Clinton is wildly, maliciously inaccurate and easily demonstrable as false.
This article is a misrepresentation of Truthout, a misrepresentation of Maya Schenwar, and a misrepresentation of what “censorship” entails that does a disservice to the concept. It calls Counterpunch’s credibility into question for as long as this story remains on your site in its current form.
With thanks for your prompt attention to this matter,
Joe Macaré
Publisher, Truthout.org
www.truthout.org
[email protected] 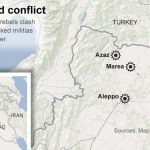 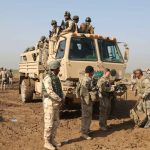 The U.S. military: Back on the battlefield in IraqMultipolarity