Like some weird, orange Othello, Donald Trump can truly say: “I have done the [corporate] state some service, and they know it.”

Trump the straw man has finally been knocked down, giving the Democrats a victory that costs their corporate masters nothing.

“If you are desperate to flush the stink of four years of Trump out of your brain, remember who put it there.”

Donald Trump has slunk off the national stage for the time being, but we must remember who made him a contender for president in the first place: the Democrats and their corporate media. As Wikileaks revealed , the Clinton campaign encouraged friendly media to boost Trump’s Republican primary prospects, hoping to set up a straw man that could easily be knocked down in November, 2016. By Election Day, the corporate press had lavished $5 billion in free media on Trump – more than Hillary Clinton, Bernie Sanders and all of Trump’s Republican presidential competitors, combined. If you are desperate to flush the stink of four years of Trump out of your brain, remember who put it there, through constant, daily repetition.

How long will the Orange Menace stay gone? Not long; soon either Trump will make a comeback or the corporate media will inflate another racist straw man to run against. The only way the corporate Democrats can mobilize their base to eek out slim national victories while keeping Joe Biden’s promise to the rich that “nothing would fundamentally change ,” is to position themselves as the sole defense against the racist hordes. That’s how Bill Clinton succeeded in completing Ronald Reagan’s quest to “end welfare as we know it,” while vastly expanding the structures of mass Black incarceration (Sen. Joe Biden proudly “wrote the bill”), gutting safeguards against bankers blowing up the economy, and facilitating the exodus of good jobs to sweatshops overseas. Newt Gingrich and his Contract with America confederacy stampeded Blacks and “progressives” into the corporate Democratic corral, where they were politically neutered. The Democratic Party remained a safe vehicle for corporate agendas for the next 20 years – until an Orange Demon was conjured to scare the Democratic base back into the party’s corporate bosom, in 2016.

“If you are desperate to flush the stink of four years of Trump out of your brain, remember who put it there.”

The corporate Democrat/racist Republican symbiosis is simple, obvious and naked – yet it works every time, as the Democratic Party’s base – with Blacks at the core — allows its own aspirations to be sacrificed in the interest of turning back the threat from the White Man’s Party (GOP).

If I have repeated myself over the years in these pages, it is because the oligarchy keeps using the same formula to defeat every popular revolt against the corporate Race to the Bottom and endless imperial wars. The dictatorship of the rich grows deeper, even as last summer saw the greatest popular mobilization in the history of the United States, under the Black Lives Matter banner. What should have been a re-emergence of an independent, people’s mass street politics outside the corporate kill-zone of the Democratic Party, was once again devoured by the duopoly.

All such victories are pyrrhic, meaning “won at too great a cost to have been worthwhile for the victor.” When Blacks and progressives rallied behind Bill Clinton to defeat Gingrich, the corporate rulers were enabled to plunge the society into a great leap backward that wiped out the last vestiges of the New Deal, condemned another generation of Black youth to the Gulag, and set the stage for two economic catastrophes that rivaled the Great Depression, while the U.S. military vastly intensified its rampages around the world, the national security state penetrated every digital device on the planet, and huge corporations perfected the tools of public self-surveillance.

“The dictatorship of the rich grows deeper, even as last summer saw the greatest popular mobilization in the history of the United States,”

Joe Biden’s call for “unity” is even emptier than Barack Obama’s “hope and change.” In response to the Trump-instigated racial hooliganism at the U.S. Capitol, we are expected to unify behind a 9/11-type expansion of the police state whose main mission has always been to repress non-whites and the left, while forgoing creation of a truly public health system and any respite from the accelerating Race to the Bottom – all because “Joe,” the Great Incarcerator, corporate stooge and warmonger, “saved” us from Trump. Too late for Hillary Clinton, but just in time for the equally loathsome Joe Biden, Trump the straw man has finally been knocked down, giving the Democrats a victory that costs their corporate masters nothing

The assent and subsequent dismantling of Trump, largely engineered at all stages by corporate Democrats and their media, created an alternative, artificial and mainly “fake” political landscape, in which “the Russians” teamed up with white nationalists to undermine “America” at home and abroad, only to be thwarted by an aroused electorate, with Black voters at the phalanx.  In reality, Black voters have saved the corporate duopoly that has nullified and coopted every popular movement of the past three generations. And it couldn’t have happened absent the ineffable vileness of Trump.

Like some weird, orange Othello, Donald Trump can truly say: “I have done the [corporate] state some service, and they know it.” 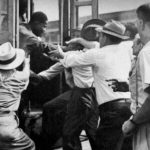 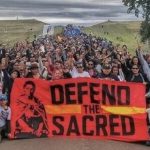