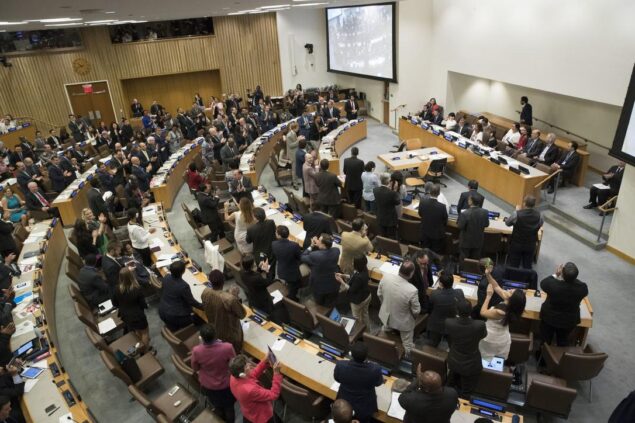 According to a poll released last week by Nanos Research, 55% of Canadians “support” and 19% “somewhat support” signing the Treaty on the Prohibition of Nuclear Weapons. So why has Trudeau’s government taken such a hypocritical and unpopular stance by refusing to sign the UN Nuclear Ban Treaty?

The Trudeau government’s refusal to sign the UN Nuclear Ban Treaty is both unpopular and hypocritical.

According to a poll released last week by Nanos Research, 55% of Canadians “support” and 19% “somewhat support” signing the Treaty on the Prohibition of Nuclear Weapons. The same percentage agreed, or somewhat agreed with Canada signing a treaty that became international law in January even if Washington pressures Ottawa not to.

The poll commissioned by the Hiroshima Nagasaki Day Coalition, Simons Foundation Canada and Collectif Échec à la guerre also found that Canadians are concerned about the threat posed by nuclear weapons. Eighty percent of the 1007 people asked said the world should work to eliminate nuclear weapons while only 9% considered it acceptable for countries to have nuclear weapons for protection.

The poll highlights the unpopularity of the government’s position towards a treaty designed to stigmatize and criminalize nukes in a similar fashion to the UN landmine treaty and Chemical Weapons Convention. Canada was one of 38 states to vote against — 123 voted in favour — holding the 2017 UN Conference to Negotiate a Legally Binding Instrument to Prohibit Nuclear Weapons, Leading Towards their Total Elimination. Justin Trudeau then refused to send a representative to the TPNW negotiating meeting, which two-thirds of all countries attended. The PM went so far as to call the anti-nuclear initiative “useless” and since then his government has refused to join the 86 countries that have already signed the treaty. At the UN General Assembly in November Canada voted against 118 countries that reaffirmed their support for the TPNW.

The Liberals have taken these positions as they’ve publicly expressed a desire to abolish these ghastly weapons. Just before the TPNW entered into force at the start of the year Parliamentary Secretary to the Minister of Foreign Affairs Rob Oliphant said “we are committed to achieving a world free of nuclear weapons.” In October, Global Affairs declared, “Canada unequivocally supports global nuclear disarmament.”

In isolation the gap between the Liberals’ nuclear weapons pronouncements and actions is striking. But if one broadens the lens, the hypocrisy is substantially more astounding. The Trudeau government says its international affairs are driven by a belief in an “international rules-based order” and “feminist foreign policy” yet they refuse to sign a nuclear treaty that directly advances these stated principles.

The TPNW has been dubbed the “first feminist law on nuclear weapons” since it specifically recognizes the different ways in which nuclear weapons production and use disproportionately impacts women. Additionally, the TPNW strengthens the international rules-based order by making weapons that are immoral also illegal under international law.

Fortunately, the NDP, Greens and Bloc Québécois all actively support the TPNW. The recent Nanos poll suggests five times more Canadians would vote for a party that supports the Treaty than would vote against one for doing so.

By signing the UN Nuclear Ban Treaty the Trudeau government can fulfill both Canadians wishes and their stated foreign-policy rhetoric.

Yves Engler is the author of nine books on Canadian foreign policy. His latest is “House of Mirrors: Justin Trudeau’s Foreign Policy.” 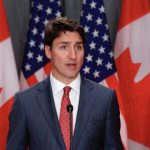 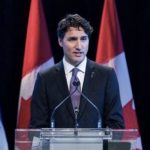 A message to Canadian PM Trudeau from a Palestinian in exileCanada, Palestine