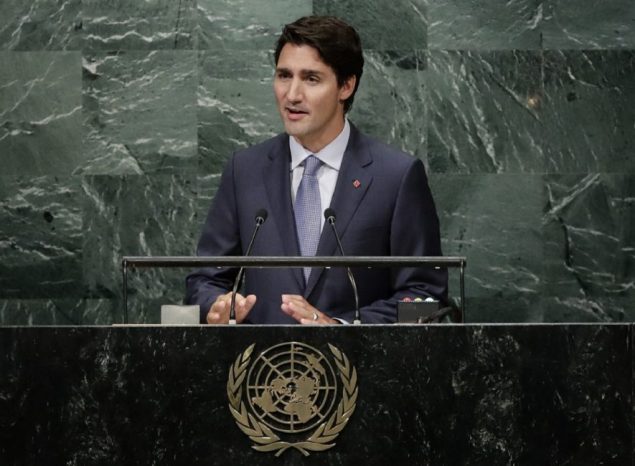 While the current Liberal government claims to be progressive and in favour of a rules-based international order, promotion of democracy and world peace, its actions regarding Iran demonstrate that the primary drivers of Canadian foreign policy remain US Empire geo-political interests and the rich and powerful.

While the current Liberal government claims to be progressive and in favour of a rules-based international order, promotion of democracy and world peace, its actions regarding Iran demonstrate that the primary drivers of Canadian foreign policy remain US Empire geo-political interests and the rich and powerful and my previous articles argues that this has long been the case.

While Israeli nationalists and Conservatives demand new measures targeting Iran, the reality is ordinary Canadians will not benefit from war with the 18thmost populous country in the world. The families of Iranian Canadians will certainly not benefit.

Despite election promises to the contrary, Justin Trudeau’s government has continued important components of the previous Conservative government’s ‘low-level war’ against Iran.

Ottawa has no diplomatic relations with Iran, maintains a series of sanctions on the country and lists Tehran as a state sponsor of terrorism. Canadian troops are also stationed on Iran’s border partly to counter its influence and Canada recently gifted $28 million worth of Iranian assets in this country to Americans who lost family members to purported Hamas and Hezbollah attacks decades ago.

The Liberals repeatedly promised to restart diplomatic relations with Iran. Before becoming prime minister Trudeau told the CBC, “I would hope that Canada would be able to reopen its mission [in Tehran].” In May 2016 foreign minister Stéphane Dion said, “Canada’s severing of ties with Iran had no positive consequences for anyone: not for Canadians, not for the people of Iran, not for Israel, and not for global security.” Five months later Trudeauadded, “Canada must return to Iran to play a useful role in that region of the world.”

While the Liberals have dialed down the Harper government’s most bombastic rhetoric against Tehran, they have not restarted diplomatic relations or removed that country from Canada’s state sponsor of terrorism list.

The Trudeau government has criticized Iranian human rights abuses while mostly ignoring more flagrant rights violations in Saudi Arabia and the other Gulf monarchies. In January 2018 foreign minister Chrystia Freeland said, “Canada is deeply troubled by the recent deaths and detentions of protesters in Iran” and four months later tweeted, “our government is committed to holding Iran to account for its violations of human and democratic rights.” Two months ago Global Affairsstated, “Iran must ensure that its people enjoy the rights and freedoms they deserve.”

In June 2018 Liberal parliamentarians supported a Conservative MP’s private member’s motion that “strongly condemns the current regime in Iran for its ongoing sponsorship of terrorism around the world, including instigating violent attacks on the Gaza border.” In effect, the resolution claimed Iran was responsible for Israel killing Palestinians peacefully protesting the US moving its embassy to Jerusalem, siege of Gaza and historic theft of their land. The motion also called on Canada to “immediately cease any and all negotiations or discussions with the Islamic Republic of Iran to restore diplomatic relations” and to make the highly provocative move of listing the Islamic Revolutionary Guard Corps as a terrorist entity. A demand B’nai B’rith and the Conservative party have restated in recent days.

Ottawa has continued to present a yearly UN resolution critical of the human rights situation in Iran. In response to Canada targeting it, Iran’s Deputy Representative to the UN, Eshaq Al-e Habib, said in November 2019, “how can a supporter of apartheid in Palestine pose itself as a human rights defender in Iran?”

Similarly, the Standing Committee on Foreign Affairs and International Development participates in the annual “Iran Accountability Week” on Parliament Hill, which showcases individuals such as Foundation for the Defense of Democracies CEO Mark Dubowitz, who helped kill the Iran nuclear deal and pushed harsh sanctions against any country doing business with Iran. Dubowitz was a senior research fellow at the University of Toronto’s Munk School of Global Affairs. In 2015 Global Affairs gave the Munk School’s Digital Public Square $9 million to expand an anti-Iranian initiative.

While they ostensibly backed the “p5+1 nuclear deal” with Iran, the Liberals’ promoted a one-sided view of the 2015 Joint Comprehensive Plan of Action (JCPOA) between Iran and the US, France, Germany, Russia and China. Canada put up more than $10 million for the International Atomic Energy Agency (IAEA) to monitor and verify Iran’s implementation of its commitments under the JCPOA. Iran has consistently been in compliance with JCPOA’s strict rules regarding its uranium enrichment. Nonetheless, the Donald Trump administration withdrew from the JCPOA in May 2018 and re-imposed tough new sanctions on other countries’ companies doing business with Iran.

For their part, the Western European signatories to the agreement have largely failed to stand-up to US pressure by creating the space for their companies to do business with Iran and three days ago the UK, Germany and France delivered a further blow to an agreement on life support. In a January 14 release titled “Canada supports diplomatic efforts established for Iran to return to full implementation of Joint Comprehensive Plan of Action” Global Affairs expressed “support” for the UK, Germany and France “activating the Dispute Resolution Mechanism” under the JCPOA and “urged Iran to immediately restore its full commitments to the JCPOA.” But, this position amounts to calling on Iran to abide by a deal it receives no benefits from as its economy is crippled by sanctions.

The Liberals also legitimated the illegal US sanctions on Iran whenthey arrested Huawei’s chief financial officer, Meng Wanzhou,at the Vancouver airport 13 months ago.The US claimed Meng’s company defied its illegal sanctions against Iran. But, between when the US judicial system sought her detention and the Trump administration requested Ottawa detain her, Meng traveled to six countrieswith US extradition treaties. Only Canada arrested her.

At the military level Ottawa also aligned with the US-Saudi-Israeli axis stoking conflict with Iran. An April 2016 Global Affairs memo authorizing Light Armoured Vehicle export permits to the House of Saud noted, “Canada appreciates Saudi Arabia’s role as a regional leader promoting regional stability, as well as countering the threat posed by Iranian regional expansionism.” At the November 2019 Dubai International Air Chiefs Conference the Commander of the Royal Canadian Air Force, Al Meinzinger, participated in a panel titled “Watch out Iran!” A year earlier Chief of the Defence Staff Jonathan Vance told a parliamentary committee that Iran was “an interested party and, in some cases, a malign agent in Iraq.”

In the fall Canada seized and sold $28 million worth of Iranian properties in Ottawa and Toronto to compensate individuals in the US who had family members killed in a 2002 Hamas bombing in Israel and others who were held hostage by Hezbollah in 1986 and 1991. The Supreme Court of Canada and federal government sanctioned the seizure under the 2012 Justice for Victims of Terrorism Act, which lifts immunity for countries labeled “state sponsors of terrorism” to allow individuals to claim their non-diplomatic assets.

In a right side up world, the Iranian asset sale would lead to various more legitimate seizures. Relatives of the Lebanese-Canadian el-Akhras family Israel wiped out, including four children aged 1 to 8, in 2006 were certainly at least as worthy of Canadian government-backed compensation. Ditto for Paeta Hess-Von Kruedener, a Canadian soldier part of a UN mission, killed by an Israeli fighter jet in Lebanon in 2006. Or Palestinian Canadian Ismail Zayid, who was driven from a West Bank village demolished to make way for the Jewish National Fund’s Canada Park.

There are hundreds of Canadians and countless individuals elsewhere who have been victimized by Israeli, Canadian and US-backed terror more deserving of compensation than the Americans paid with Iranian assets for what Hamas and Hezbollah purportedly did decades ago. Should Israeli, US and Canadian government assets be seized to pay them?

The Trudeau government failed to speak against the asset seizure. It could have undercut this obscenity by delisting Iran as a “state sponsor of terror” or repealing Harper’s Justice for Victims of Terrorism Act. But, it didn’t even keep its promise to restart diplomatic relations with Iran. As such, the Liberals have empowered US-Israeli hawks hurtling towards a major conflict.

While there is much to dislike about the government in Tehran, progressive-minded, peace-loving Canadians should reject Ottawa’s aggressive anti-Iranian policies. 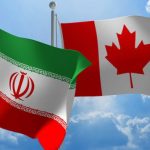 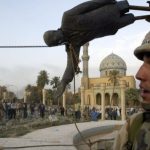