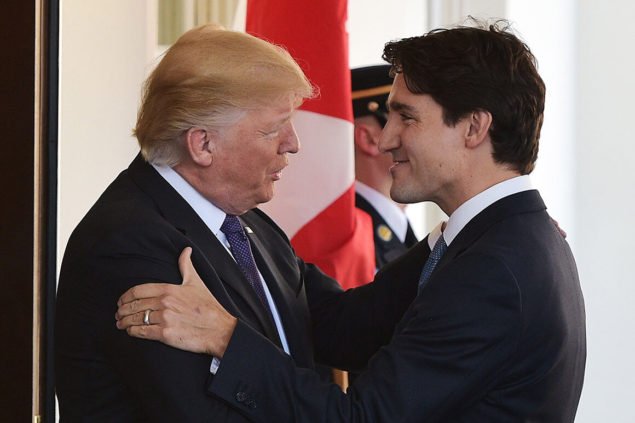 The Trudeau government is, with the notorious right-wing human rights violator Colombia, the principal architect of the Lima Group responsible for the latest allegations against Venezuela.

The facts about the alleged “crimes against humanity” being hurled against Venezuela and its government can be found in these three documents here, here and here. However, the Trudeau government obviously did not wait – or did not want – to read them before issuing a Twitter statement accusing the Maduro government of “crimes against humanity.” This haste is hardly surprising. The Trudeau government is, with the notorious right-wing human rights violator Colombia, the principal architect of the Lima Group responsible for the latest allegations against Venezuela. The Canadian government tweet begins with “Canada is deeply troubled…”

Which Canada is it talking about? The problem is that Trudeau’s foreign policy has no legitimacy in Canada or internationally. Despite having spent millions of dollars and multiple diplomatic efforts by phone and in person, Trudeau’s bid for a seat on the United Nations Security Council (UNSC) suffered a humiliating defeat last June. It was the second such defeat in recent years. As a result, the Trudeau government is disqualified from speaking in the name of Canadians.

The UNSC Trudeau Defeat and Legitimacy

How did this come about? The Canadian Foreign Policy Institute (CFPI) published a petition signed by more than one hundred Canadian personalities and organizations and others, such as Noam Chomsky and Roger Waters (Pink Floyd). It was moreover endorsed by more than 3,500 Canadians and published in a mainstream corporate outlet. The Petition was entitled: “Canada does not deserve a seat on the UN Security Council.”

One of our petition planks asserts: “Echoing Trump’s foreign policy, Canada has backed reactionary forces in the Americas. The Trudeau government has led efforts to unseat Venezuela’s UN-recognized government, while propping up repressive, corrupt and illegitimate governments in Haiti and Honduras. Canada also lent its support to the economic elites and Christian extremists who recently overthrew the democratically-elected, Indigenous president of Bolivia.”

Other organizations joined in the movement, such as those in solidarity with Palestine. It just kept building and building. Social media including YouTube were used to reach out to all member states of the United Nations. The flow of grassroots support succeeded to a large degree in throwing off the shackles imposed by Trudeau apologists on Canadian foreign policy. This is no small achievement, given how Trudeau has been carefully groomed in Canada and internationally as the liberal poster boy. It was also very encouraging to see how the Venezuelan Foreign Ministry used its Twitter accounts to raise the issue of the Trudeau bid in the international arena.

When the result of the UNSC vote was announced, it was evaluated by commentators from across the political spectrum, both in Canada and elsewhere, as meaning that the main cause of his shameful defeat was Trudeau’s foreign policy being in lockstep with the Trump administration. Following this critical defeat, the Trudeau government has failed to acknowledge the significance of the vote. A close examination of the Trudeau government’s stand on international issues indicates that it is “business as usual.” Canada is still echoing the talking points of the Trump administration on all foreign policy matters.

Nevertheless, encouraged by the success of our work and that of our many partners on the UNSC vote, the Canadian Foreign Policy Institute launched another petition: “Time to fundamentally reassess Canadian foreign policy.” It was immediately signed by many former and current members of Parliament, as well as key actors on the Canadian political scene. It states that “The world’s rejection of Canada’s bid for a seat on the Security Council is a unique opportunity for a review of Canadian foreign policy.”

Among the 10-point programme: “1. Should we have a foreign policy driven by Washington or an independent foreign policy? 2. Why is Canada involved in efforts to overthrow Venezuela’s UN-recognized government, a clear violation of the principle of non-intervention in other country’s internal affairs?”

Encouraged by the movement, the Venezuelan Minister of People’s Power of Foreign Affairs, Jorge Arreaza was invited to participate in a Zoom conference organized from Canada. The theme: “Canada’s interference in the internal affairs of Venezuela.” Representatives of the Canadian government were also invited to take part in the August 20 event, but all declined. Tens of thousands of people were made aware of the event through social media in Canada, Venezuela and elsewhere. Hundreds viewed it live, and thousands are still viewing it.

We cannot pretend to speak in the name of “Canada” on foreign policy as Trudeau does. Nor can we even assert that our position reflects the views of the majority. This is to be expected, because the vast majority of mainstream media censors our views, leaving the wider public uninformed. However, when Canadians do have an opportunity to find out the facts, the balance falls in our favour.

Not in Our Name

When the Canadian government asserts that “Canada is deeply troubled…” about the Venezuelan situation, it is speaking in its own name and that of Trump. The Trudeau government lost any legitimacy it may have had to speak in the name of Canadians on foreign affairs, after the UNSC vote. In contrast, based on the work of the CFPI and others, we and other Canadians at the grassroots have more legitimacy than Trudeau. And our position is based on a commitment to non-interference in the internal affairs of sovereign nations and respect for international law, according to the principles of the United Nations.

Venezuelans and the peoples of the world should know that Justin Trudeau does not represent Canada. At the CFPI, our many partners and the grassroots fully support the right of self-determination of the Venezuelan people and its elected government. We suggest that Trudeau, and the mainstream Canadian press, read the three documents linked in the first paragraph. It is not too late for “Canada” to distance itself from the Trump policy of bringing violence to Venezuela and the surrounding region, right in the middle of the pandemic, in order to bring Venezuela into the realm of US-led domination. The UNSC vote and its aftermath indicates the need for a fundamental reassessment of Canada’s foreign policy. We can start with Venezuela. We are on the verge of a possible US-led military intervention against the Maduro government. Let that sink in.

Arnold August is a Fellow at the Canadian Foreign Policy Institute. 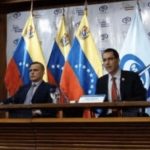 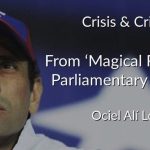