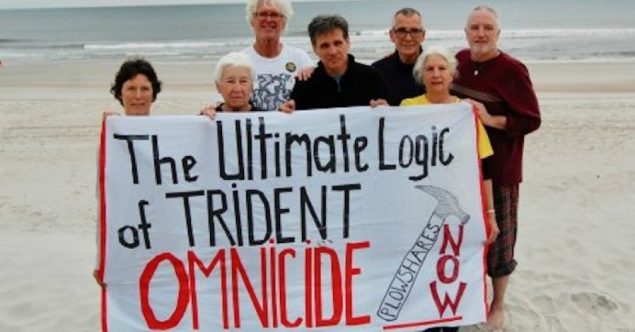 Seven Catholic Workers – the Kings Bay Plowshares 7 – who acted to disarm a nuclear submarine base, have been convicted on three counts of felony and one misdemeanor. Despite facing as long as 20 years behind bars, the defendants emerged from their trial apparently ready for whatever may come next in their ongoing witness.

On October 24, following a three-day trial in Brunswick, GA, seven Catholic Workers who acted to disarm a nuclear submarine base, were convicted on three felony counts and one misdemeanor. The defendants face 20 years in prison, yet they emerged from their trial seeming quite ready for next steps in their ongoing witness. Steve Kelly, a Jesuit priest who has already spent ten years in prison for protesting nuclear weapons, returned, in shackles, to the local jail. Because of an outstanding warrant, Steve has been locked up for over eighteen months, since the day of the Kings Bay Plowshares 7 action. 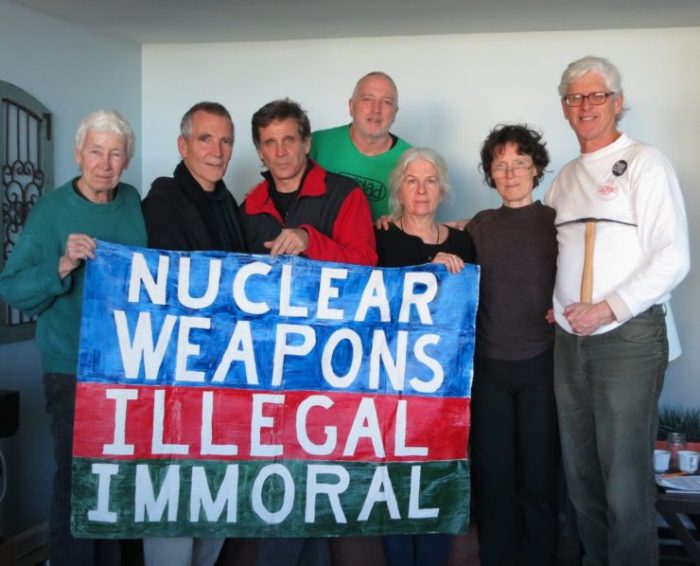 On that day, April 4, 2018, the group had entered a U.S. Navy Submarine base which is a home port for the Trident nuclear missile fleet. Just one of those nuclear missiles, if launched, would cause 1,825 times more damage than the atomic bomb dropped on Hiroshima. The Plowshares activists aimed to expose illegal and immoral weapons that threaten all life on earth.

They had spent two years in prayerful preparation for their action. Two of them, Mark Colville and Liz McAlister, spent most of the months before their trial began in the Glynn County jail. Three others, Martha Hennessy, Carmen Trotta and Clare Grady wore “ankle monitors” and were subject to strict curfews for many months while they engaged in outreach and prepared for trial. Because federal law requires 60 – 90 days before sentencing, to allow for background checks, the seven probably won’t be sentenced before late December.

My colleague Brian Terrell, who attended all of the trial, described the chief prosecutor as a bully. In a series of accusations, this prosecutor claimed that Clare Grady and her co-defendants believed themselves to be “a law unto themselves.” Clare calmly pointed out that “the egregious use of weapons is bullying, not the painted peace messages.”

Emerging from the courthouse, the defendants and their lawyers earnestly thanked  the numerous supporters who had filled the courtroom, the overflow court room and the sidewalks outside the court. Bill Quigley, the main lawyer for the defense, thanked the defendants for their efforts to save “all of our lives,” noting the jury was not allowed to hear about weapons with enough power to destroy life on earth as we know it. Liz Mc Alister, who with Phil Berrigan had helped found the Plowshares movement, turned 79 years old while in jail. She thanked supporters but also urged people to be active in opposing nuclear weapons and the abuses of the U.S. prison system.

When I learned of the jury’s verdict, I had just signed a post card to Steve Kelly. The Glynn County jail only allows correspondence crammed into one side of a pre-stamped 3 x 5 post card. In tiny cursive, I told him about events in Kashmir where the Muslim majority has engaged in 80 days of civil resistance to the Indian government’s abrogation of  two articles of the Indian constitution which allowed Kashmiris a measure of autonomy. India and Pakistan, both nuclear-armed states, have twice gone to war over control of Kashmir. It’s a deeply disconcerting flashpoint representing the possibility of nuclear armed states triggering an exchange of bombs which could cause a nuclear winter, mass starvation and widespread, long-lasting environmental destruction.

Some years ago, Steve and I had participated in a delegation to visit human rights advocates in Pakistan, and I recall marveling at Steve’s grasp of the nuclear threat manifested in conflict between India and Pakistan. Yet he and his companions have clearly asserted that U.S. possession of nuclear weapons already robs the poorest people on the planet of resources needed for food, shelter and housing.

After learning the verdict I wrote a second card, telling Steve that we who love him long for his release, but know we must also be guided by his choice to remain silent in the court. Steve believes the U.S. nuclear weapon arsenal should be tried in the court of public opinion. He says the U.S. legal system protects those who maintain and build the criminal, deadly arsenal of nuclear weapons. Inside the court, people didn’t hear Steve’s strong, clear voice. His friends can’t help but imagine the sound of shackles hitting the floor of the Glynn County jail, followed by heavy doors clanging as Steve and other prisoners are ordered into their cells

In 1897, from England’s Reading Gaol, Oscar Wilde wrote a letter, entitled “De Profundis.” He was serving the final four months of a two-year sentence to hard labor. One of his main jailers was certain he would never survive the harsh conditions. Wilde found himself transformed during the prison time, and he developed a profound understanding of human suffering. “Where there is sorrow,” Wilde wrote, “there is holy ground.”

Chris Hedges speaks with New York Catholic Workers Martha Hennessy and Carmen Trotta about breaking into the Kings Bay Naval Submarine Base to charge the US government with crimes against peace on April 4, 2018.  The peace activists, known as the Kings Bay Plowshares 7, were arrested and went on trial this week in Georgia, following allegations of trespassing and damage to government property, among other things. Kings Bay is the largest nuclear submarine base in the world, with six ballistic missile subs and two guided missile subs. Over the past four decades, activists in the Plowshares movement have taken part in about 100 similar actions at nuclear arms facilities, beginning in 1980 at the General Electric nuclear missile plant in King of Prussia, Pennsylvania. 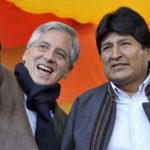 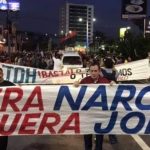